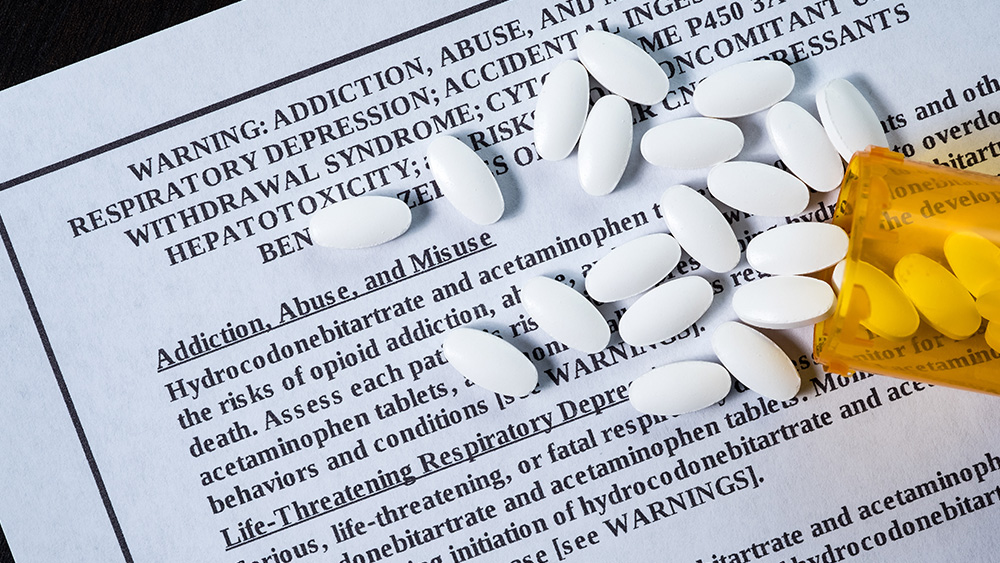 (Natural News) Who is to blame for the opioid epidemic that is currently gripping the nation and taking the lives of 60,000 Americans each year? Most people tend to blame the makers of these drugs, the doctors who prescribe them, and some even fault those who take these medications. However, now a very familiar name has been exposed as being the mastermind behind the opioid epidemic: Johnson & Johnson.

While you might associate Johnson & Johnson with pure images like the squeaky-clean, soft skin of a baby thanks to years of effective marketing, it appears that something far dirtier is going on at the New Jersey-based multinational personal care brand. The accusation that it was the “kingpin” fueling the opioid crisis in the U.S. and acting as a major seller, provider and lobbyist carries a lot of weight as it comes from Oklahoma’s Attorney General, Mike Hunter.

In May, his state will see the first major opioid epidemic trial take place, and it is expected to set the stage for litigation of a similar nature across the country, not to mention a nationwide lawsuit. Hunter requested that a state court release millions of pages of confidential documents to the public that were submitted by Johnson & Johnson during the case’s discovery phase, writing that the public interest contained therein is “urgent, enduring and overwhelming.”

The state of Oklahoma is alleging that Johnson & Johnson targeted vulnerable populations, such as the elderly and children, for painkiller prescriptions. The company also funded groups that advocated to facilitate access to the drugs, such as the Pain Care Forum. In addition, they downplayed the drug’s dangers; for example, a brochure made by a subsidiary of J&J geared toward senior citizens outrageously states that “opioids are rarely addictive.”

The defendants in the case include Johnson & Johnson as well as Teva Pharmaceuticals, Purdue Pharma, and Allergan. Hunter says the firms deceived the public into thinking the drugs were safe to use over long periods. District Court Judge Thad Balkman recently denied a request made by the pharmaceutical companies involved to delay the trial, saying that it’s in the public’s interest for this trial to begin as scheduled.

Johnson & Johnson is being accused of using a web of domestic and foreign subsidiaries to provide the raw materials needed to manufacture opioids. While companies like Purdue Pharma, who produce OxyContin, certainly need to be held accountable for their extreme irresponsibility, J&J’s culpability is also clear. They played a big role in producing the raw narcotics from poppy fields that are turned into active ingredients in top-selling opioids, boasting that their poppy’s morphine content was some of the “highest in the world,” according to an Axios report.

The two subsidiaries that handled the opium poppy business, Tasmanian Alkaloids and Noramco, were sold by J&J for $650 million in 2016 to a private equity firm. A year earlier, they sold an opioid pill that they had previously marketed known as Nucynta, while they continued to sell the fentanyl patch Duragesic. According to a state court document, the company was a “kingpin behind the public-health emergency, profiting at every stage.” (Related: Johnson & Johnson to pay $2.2 billion for making false marketing claims and engaging in kickbacks.)

Johnson & Johnson is also facing legal action for covering up the connection between asbestos-containing baby powder and cancer.

More than 1,600 American cities and 36 states are currently suing the makers and distributors of opioids in hopes of collecting funds needed to deal with the opioid public health crisis.

Everyone who has played a role in this devastating crisis deserves to be exposed and brought to justice, from those who put opioids in people’s hands to those who help pharmaceutical companies obtain the ingredients they need to make these deadly drugs.