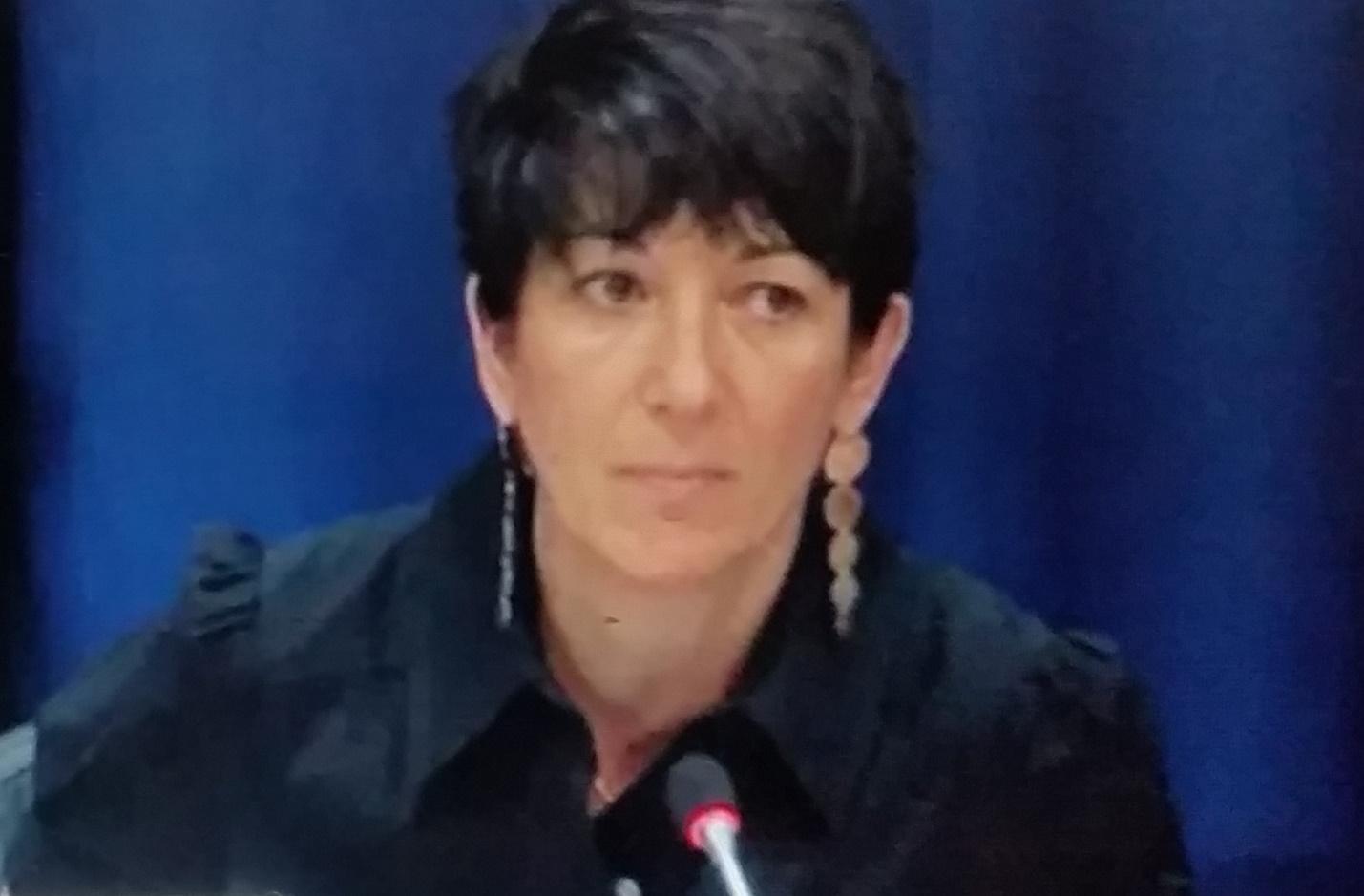 Following the announcement of an unsealed indictment against Ghislaine Maxwell, the madam and girlfriend of billionaire pedophile Jeffrey Epstein, some interesting things have taken place and some interesting things have not taken place. One of those is the curious photo that media outlets have been using regarding Maxwell. That photo came from a secret meeting at the United Nations, but none of them told you about it.

However, Inner City Press did.

Inner City Press went to her press conference at the US Attorney’s Office and asked, Doesn’t charging Maxwell with perjury undercut any ability to use testimony from her against other, bigger wrong-doers? Periscope here at 23:07.

Strauss replied that it is not impossible to use a perjurer’s testimony. But how often does it work?

At 3:30 pm on July 2 Maxwell appeared in the U.S. District Court for the District of New Hampsire, before Magistriate Judge Andrea K. Johnstone. Inner City Press live tweeted it here.

In the July 3 media coverage of Maxwell, media all of the world used a video and stills from it of Maxwell speaking in front of a blue curtain, like here.

What they did not mention is something Inner City Press has been asking the UN about, as under UNSG Antonio Guterres with his own sexual exploitation issues (exclusive video and audio) it got roughed up and banned from the UN: Ghislaine Maxwell had a ghoulish United Nations press conference, under the banner of the “Terramar Project,” here.

Now on July 5, after some crowd-sourcing, Inner City Press can report on another Ghislaine Maxwell use of the United Nations, facilitated by Italy’s Permanent Representative to the UN, UN official Nikhil Seth and Amir Dossal, who also let into the UN and in one case took money from convicted UN briber Ng Lap Seng, and Patrick Ho of CEFC China Energy, also linked to UN Secretary General Antonio Guterres.

At the Ghislaine Maxwell UN event, the UN Deputy Secretary-General was directly involved.

List of (some of) the participants on Patreon here.

Ghislaine Maxwell held a United Nations press conference under the banner of this "Terramar Project." Inner City Press has repeatedly asked the UN about the event, and got roughed up & banned by @AntonioGuterres (who covers up #UNsexploitation & trafficking) 1/x pic.twitter.com/nmcGNKXPjO

The video footage that media all of the world were using yesterday of Ghislaine Maxwell speaking in front of a blue curtain is from this UNexplained presser in the UN – but almost none – Inner City Press did – mentioned the UN, much less #UNsexploitation pic.twitter.com/1CRursdPR5

Here's another photo of Ghislaine Maxwell, speaking in front of a sign which looks to be a UN meeting room name sign (I've been banned from any entry of the UN for 2 years & a day by @AntonioGuterres, so can't be sure). So when was this event? #crowdsourcing pic.twitter.com/Wa3nqTQOaV

Guterres has been involved in financial and sex scandals within the United Nations. He hasn’t been one to expose anything. He’s been a coverup artist.

As I’ve written before, the UN has always had corrupt Socialists and Communists in charge and Guterres is just the latest.

Now, Lee is beginning to look at other UN/Maxwell connections. Among the first is to start with “this photograph of another day’s (or at least another outfit’s) presentation in the UN, here.

“While co-conspirator Antonio Guterres has had Inner City Press banned from any entry into the UN for two years and a day, this appears to be in the UN Economic and Social Council (ECOSOC) chamber,” writes Lee.

I’m betting Mawell has a ton on Guterres, as well as a few people who are telling us they are actually going after her.

Just remember, when you eventually hear the news, Ghislaine Maxwell didn’t kill herself.