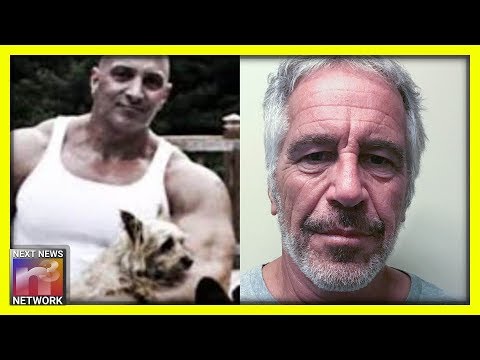 Judge Jeanine Pirro went on with Tucker Carlson this week to discuss the Jeffrey Epstein case. Judge Jeanine said the medical examiners jumped too quickly with their conclusions.

Can you believe that?

Here’s more details from Gary at Next News Network:

That guy is a gorilla.

Does anyone think that was just pure happenstance that he ended up being Epstein’s cellmate?

Judge Jeanine Pirro went on with Tucker Carlson on Monday to discuss the Jeffrey Epstein case.

Judge Jeanine said the medical examiners jumped too quick with their conclusions.

Judge Jeanine: Her rush to judgement that this was a suicide makes no sense. We don’t know why the cameras won’t working. We don’t know why everybody was asleep, why they lied. The FBI, DOJ, Department of Prisons, everybody is doing an investigation… You’ve got to give me the additional dots that cause me to believe it is one way versus another. And by the way Tucker I have tried cases that were listed as suicides and I’ve gotten a homicide conviction. So they weren’t suicides they were intentional murders. And secondly the breaking of the hyoid bone, that’s classic in the strangulation cases, not in a hanging.

Judge Jeanine: People say he tried to kill himself, he definitely committed suicide. That’s not true! Because HE SAID Nicholas Tartaglione the cop in the cell originally beat the hell out of him. I knew that probably as true because I knew Nicholas Tartaglione. He was a cop when I was a DA in Westchester. Would it be like him to slap this guy around? Without a doubt. That’s number one. And number two the fact that he was very upbeat with this attorney, said I’ll see you Sunday. All of these facts need to be looked at to see if this was a homicide versus a suicide.

Many of us had seen Tartaglione and possibly considered his involvement but I, for one, had no idea of his history.

So was it a homicide?

Or was he allowed to “escape”?

I have not seen a third possibility mentioned, but think about the people Epstein either crossed or was in danger of crossing.

Maybe they had interest in helping him escape, so that they could torture him and make him die in the most painful way possible?

I probably watch too much television, but bad men do bad things.

We may never know the truth, but if Jeffrey Epstein is reading this article…

Here’s our latest on the continuing Epstein saga: