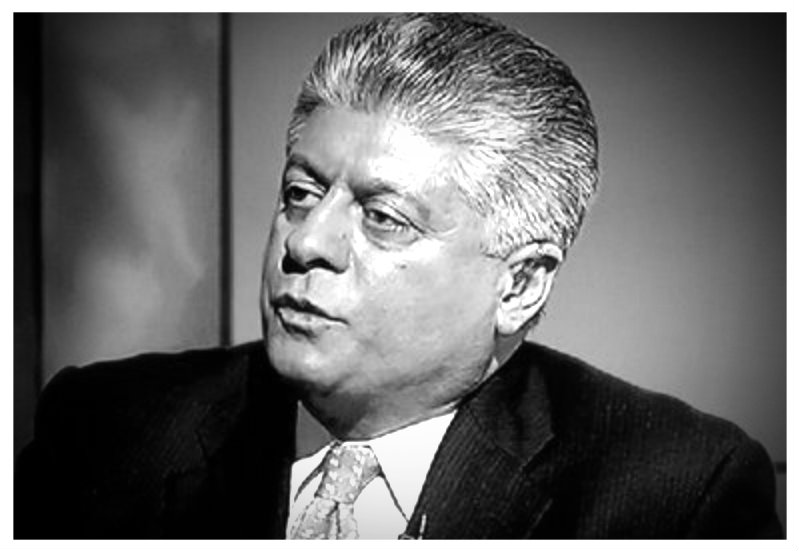 Judge Andrew Napolitano was one of Donald Trump’s biggest defenders early into his presidency, but times have changed. Ever since he was suspended by FOX News for standing with Trump last year, a new Judge has returned: one who frequently repeats the talking points of the deep state and denigrates the embattled president.

“We’ve learned that federal prosecutors here in New York City, not Bob Mueller and his team in Washington, D.C., career prosecutors here in New York City, have evidence that the president of the United States committed a felony by ordering and paying Michael Cohen to break the law,” Napolitano said on a FOX News broadcast. “How do we know that? They told that to a federal judge.”

Napolitano now takes the word of deep state hacks as if it is canon. He is also claiming that Trump’s son will be indicted.

“I don’t know who, but I do know that Donald Jr. has told friends he expects to be indicted,” Napolitano said. He would later have to walk back the comments after they were exposed to be baseless.

Napolitano is even spreading conspiracy theories as the means of propagandizing for his new deep state masters. He baselessly claims Trump may have already been indicted secretly by FBI special counsel Robert Mueller.

“I’m also saying that there’s ample evidence—this doesn’t require to much analysis—to indict the president. The question is: do they want to do it? The [Department of Justice] has three opinions on this: two say you can’t indict a sitting president, one says you can. But all three address the problem of ‘What do you do when the statute of limitations is about to expire?’ All three agree in that circumstance, you indict in secret, keep the indictment sealed and release it the day he gets out of office. You can’t let a person go scot-free because they happen to be in the White House.”

Back in March 2017 before he flipped, Judge Napolitano wrote eloquently in opposition to the deep state and its many tentacles operating in Washington D.C. and throughout the world:

“The Foreign Intelligence Surveillance Act, which Congress passed in the aftermath of President Richard Nixon’s use of the CIA and the FBI to spy on his political opponents, has unleashed demons that now seem beyond the government’s control and are more pervasive than anything Nixon could have dreamed of.

This realization came to a boiling point last weekend when President Donald Trump accused former President Barack Obama of monitoring his telephone calls during the 2016 presidential election campaign. Can a U.S. president legally spy on a political opponent or any other person in America without any suspicion, probable cause or warrant from a judge? In a word, yes.”

We all hope that the truth-telling whistle-blowing Judge Napolitano that we knew for so many years will return soon, and this impostor Judge is quickly gone and forgotten.