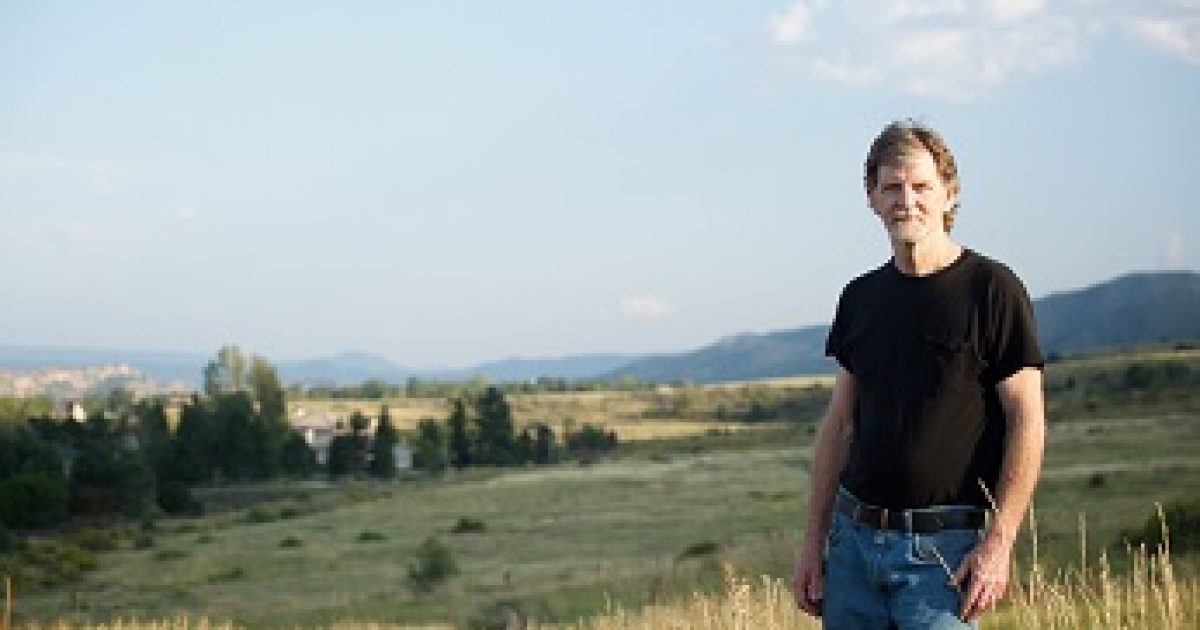 No doubt, Christian baker Jack Phillips, who made headlines because he simply refused to bake a cake for a sodomite couple who wanted to “get married,” has now been given the OK by a US District Court judge to continue a lawsuit against Colorado and its Civil Rights Commission over their unconstitutional attack on him and his business.

In an order issued on Friday by Judge Wiley Y. Daniel of the U.S. District Court for the District of Colorado, Phillips was allowed to pursue his lawsuit against the state.

Even after Phillips won the case before the Supreme Court, the Division went after him again because he turned down a different customer based on their gender confused status.

Growing weary of the lawlessness of the state’s attacks on him, Phillips filed suit against them for violating his rights of free exercise of religion and free speech, as well as the protections he is entitled to under the Fourteenth Amendment to due process and equal protection under the law.

Phillips has asked for more than an upholding of his rights. He also asked to be awarded injunctive relief, declaratory judgment and monetary compensation, as he justly deserves, including from the sodomites who wrongly accused him.

Alliance Defending Freedom represented Phillips in the Supreme Court case. On Monday, the organization issued a statement saying, “Colorado is acting in bad faith and with bias toward Jack.”

“The same agency that the Supreme Court rebuked as hostile to Jack Phillips has remained committed to treating him unequally and forcing him to express messages that violate his religious beliefs,” said ADF Senior Counsel Jim Campbell, who argued before the U.S. District Court for the District of Colorado on Dec. 18. “Colorado is acting in bad faith and with bias toward Jack. We look forward to moving forward with this lawsuit to ensure that Jack isn’t forced to create custom cakes that express messages in conflict with his faith.”

Campbell went on to write:

The district court ruled in Masterpiece Cakeshop v. Elenis that evidence of unequal treatment remains. While the state “allow[s] other cake artists to decline requests to create custom cakes that express messages they deem objectionable and would not express for anyone,” Colorado treats Phillips differently. This “disparate treatment,” the court said, “reveals” the state officials’ ongoing “hostility towards Phillips, which is sufficient to establish they are pursuing the discrimination charges against Phillips in bad faith, motivated by Phillips’…religion….”

After an attorney who targeted Phillips complained to the state about Phillips’ decision not to create a cake designed pink on the inside and blue on the outside to celebrate and reflect a gender transition, the Colorado Civil Rights Commission—the same state agency that lost its case against Phillips at the Supreme Court in June—filed a formal complaint against him. The attorney who requested the gender-transition cake later asked Phillips to design a cake with satanic themes and images—a request that Phillips also declined because of what the cake would communicate.

“Jack serves all customers, and he is even happy to serve the attorney who lodged the complaint against him,” Campbell explained. “But Jack doesn’t create custom cakes that express messages or celebrate events in conflict with his deeply held beliefs. He can’t get a fair shake before the state commission. A commissioner set to decide the state’s new case against Jack has publicly referred to him as a ‘hater’ on Twitter, one of several indications of the commission’s ongoing bad faith toward him and his beliefs.”

ADF argues that the state is violating Phillips’ First Amendment free exercise of religion rights by continuing to treat him differently than other cake artists and by acting with hostility toward him and his faith. ADF is also arguing that the state is infringing Phillips’s free speech and due process rights, and that the commission’s adjudicative process is flawed because the same commissioners act as both accusers and adjudicators in the same case, an arrangement that the Supreme Court condemned in a 2016 decision.

Over his years as a cake artist, Phillips has declined to create cakes with various messages that violate his faith, including messages that demean LGBT people, express racism, celebrate Halloween, promote marijuana use, and celebrate or support Satan.

This is the only way to deal with the lawless people. Bringing the law to bear on their crimes and making them pay for it is very biblical and Christian. It complies with God’s law. Can Jack Phillips forgive the individuals who are a part of this? Of course, if they are repentant, but he is under no obligation to just sit back and take this tyrannical abuse.

Perhaps, when he wins again, the citizens of Colorado’s pocketbooks will be hit hard enough that they will seek to eliminate such lawless people from holding office in their state, but I wouldn’t count on it. Still, Phillips’ stand is not just for himself. He is seeking to honor God in the process, ensure that his business continues and is actually standing up for the rights of all Americans.