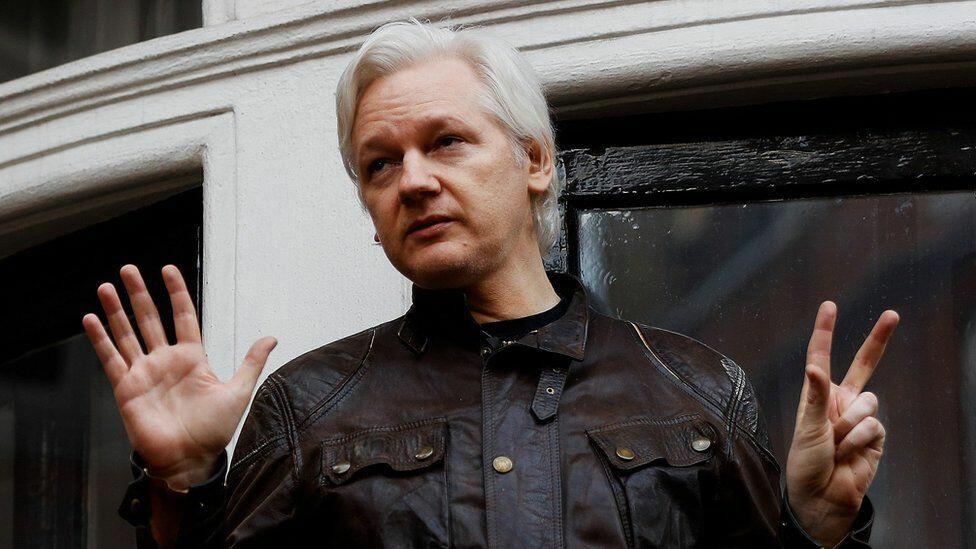 Julian Assange’s fate has been sealed as UK Home Secretary Priti Patel has formally approved his extradition to the United States, following a years-long legal saga in which the WikiLeaks founder’s legal team has pursued every avenue of the courts and appeal to fight the US request.

Held at London’s Belmarsh prison since his being taken out of the Ecuadoran embassy in April 2019, the 50-year-old Assange is now the closest he’s ever been to being handed over to American custody, where it’s expected he would face US legal proceedings and a likely conviction on multiple spying-related charges, eventually being sent to a federal supermax facility, specifically the ADX Florence Supermax. The Home Office has said in wake of Patel’s ruling that Assange has 14 days to appeal the decision.

It affirmed that the courts found that US extradition would not be “incompatible with his human rights” and crucially that in US custody “he will be treated appropriately” – this after the prior most successful legal challenge his defense mounted hinged on his facing cruel and possibly torturous conditions inside the US prison system, specifically the highly isolated life inside ADX Florence confinement.

Upon Patel’s greenlight, WikiLeaks put out an immediate statement saying it is appealing the ruling:

“Today is not the end of fight,” it said. “It is only the beginning of a new legal battle. We will appeal through the legal system; the next appeal will be before the high court.”

The statement said anyone who cared about freedom of expression should be “deeply ashamed” that the Home Secretary approved Assange’s extradition.

“Julian did nothing wrong. He has committed no crime and is not a criminal. He is a journalist and a publisher and he is being punished for doing his job,” it said.

“It was in Priti Patel’s power to do the right thing. Instead she will for ever be remembered as an accomplice of the United States in its agenda to turn investigative journalism into a criminal enterprise.”

The ruling has provoked outrage among some UK officials and supporters of Assange, including from former cabinet minister David Davis, who said: “Sadly, I do not believe Mr Assange will get a fair trial. This extradition treaty needs to be rewritten to give British and American citizens identical rights, unlike now.”

Activists across the globe and political spectrum have argued that the Assange extradition case puts journalism itself on trial, and criminalizes methods used by reporters and newsrooms everywhere. Indeed, for years going back to the original 2010 and 2011 leaks related to US actions in Iran and Afghanistan, mainstream newspapers printed the leaked files in coordination with WikiLeaks.

Sadly I do not believe Mr Assange will get a fair trial. This extradition treaty needs to be rewritten to give British and American citizens identical rights, unlike now.https://t.co/LEL6ik0S8i

London’s High Court must give its approval if the extradition is to proceed.

The US has insisted that by publishing thousands of pages of classified documents, Assange put American lives in danger.

The UK government is above the law, its citizens slaves of the state

Our press were silent

Our MPs were silent

It’s not clear when Assange will be extradited, but now that the Home Office has signed off, it’s likely he will be moved across the Atlantic to stand trial in the US very soon. That trial will likely be closely covered by the international press, just like every other chapter of Assange’s nearly decade-long legal battle.