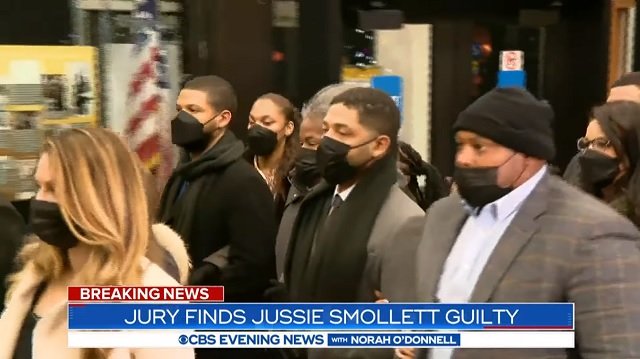 Actor Jussie Smollett on Thursday was found guilty on five of six counts of felony disorderly conduct for staging a hate crime hoax and blood libeling all white people by paying his alleged Nigerian gay sex partners to dress up as white Trump supporters and attack him while shouting racial epithets.

Former “Empire” actor Jussie Smollett was convicted Thursday on charges he staged an anti-gay, racist attack on himself nearly three years ago and then lied to Chicago police about it.

In the courtroom as the verdict was read, Smollett stood and faced the jury, showing no visible reaction.

The jury found the 39-year-old guilty on five counts of disorderly conduct — for each separate time he was charged with lying to police in the days immediately after the alleged attack. He was acquitted on a sixth count, of lying to a detective in mid-February, weeks after Smollett said he was attacked.

Special prosecutor Dan Webb spoke out about the case after the guilty verdict came in:

The entire Democratic establishment threw their support behind Smollett after he staged his anti-white blood libel and cowardly sellout Republicans led by South Carolina Senator Tim Scott even got on board to help pass an outrageously broad “anti-lynching” hate crime bill off it. 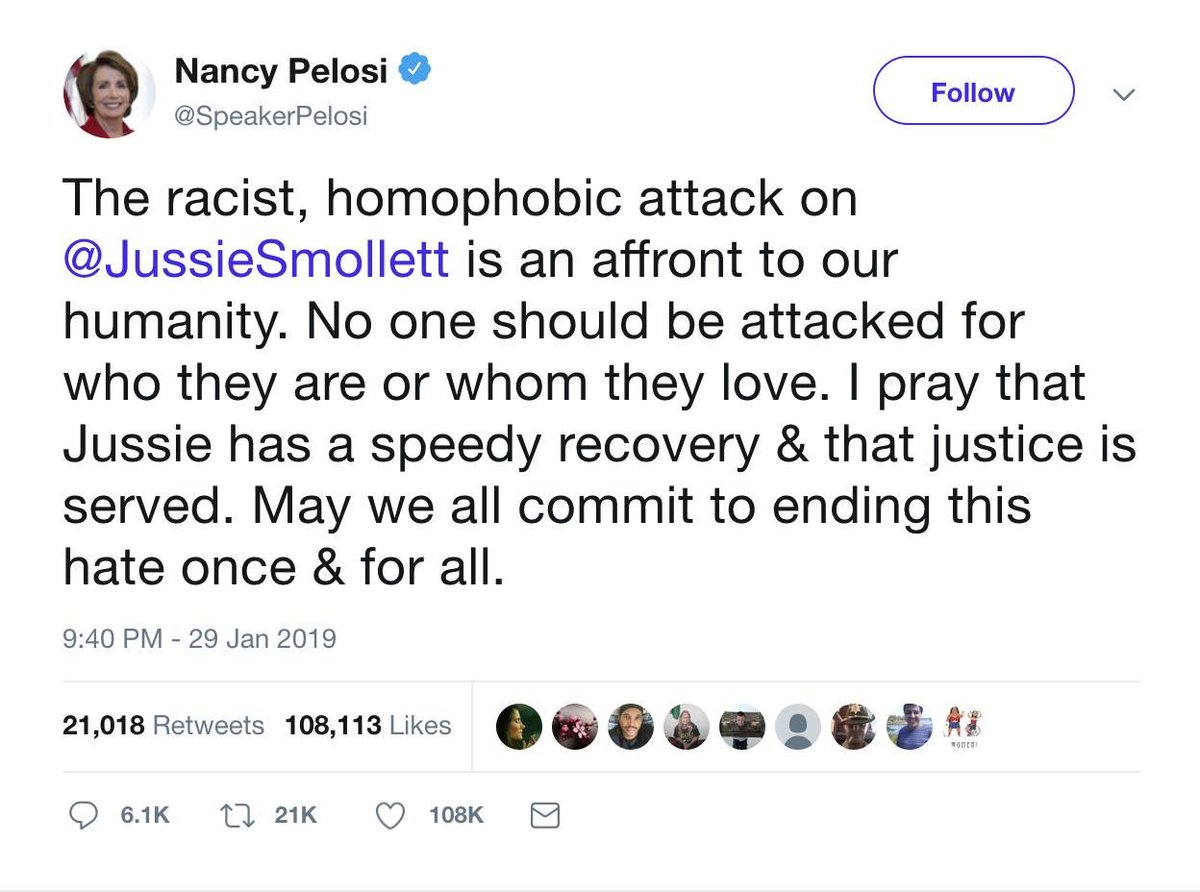 It came out in court that Smollett did drugs and went to gay bathhouses to have sex with one of his alleged “attackers.”

From VICE, “Jussie Smollett Testified He Did Drugs and Masturbated With His Attacker”:

Jussie Smollett finally took the stand in his bizarre trial Monday and testified that he once masturbated with one of the men he’s accused of hiring to attack him for attention.

Smollett said it all went down during a visit to a bathhouse with Abimbola Osundairo, one of the two brothers Smollett is accused of paying to beat him up, yell racist slurs, and pour bleach on him in January 2019.

“We went alone, we got a private room again,” Smollett recalled in the courtroom Monday, according to Chicago Tribune reporter Jason Meisner. “We made out a little bit, and this time we masturbated together.”

Smollett also testified that after he met Osundairo at a club, they made out and did drugs during a different bathhouse interaction in Boystown, the Chicago Tribune reported.

“Judge James Linn set a post-trial hearing for Jan. 27, and said he would schedule Smollett’s sentencing at a later date,” the AP reported Thursday evening. “Disorderly conduct is a class 4 felony that carries a prison sentence of up to three years, but experts have said if convicted, Smollett would likely be placed on probation and ordered to perform community service.”

Chicago Police had “roughly two dozen detectives” spend some “3,000 hours” investigating this “hate crime” and yet we’re being told Smollett isn’t going to spend a day in prison for staging this blood libel.