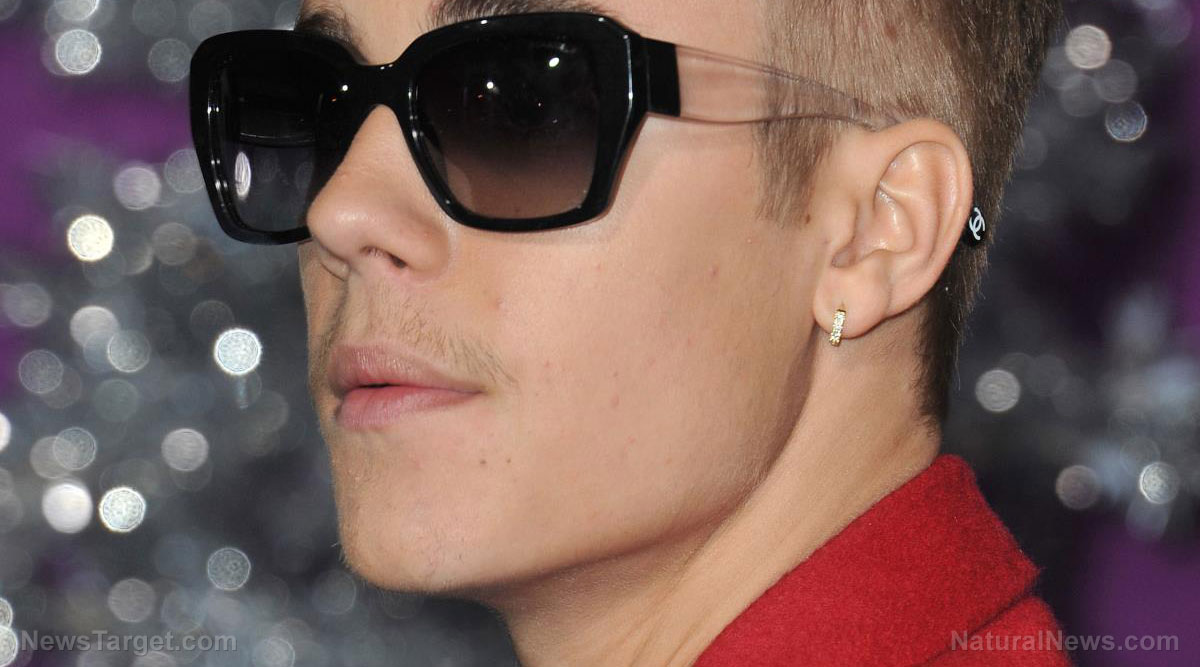 (Natural News) Pop singer-rapper Justin Bieber has learned the hard way that getting “vaccinated” for the Wuhan coronavirus (Covid-19) was a really bad idea.

The media is reporting that Bieber had to cancel two of his shows – and will likely have to cancel many more – after developing Ramsay Hunt syndrome, an adverse effect of covid jabs that left half of his face paralyzed in a manner similar to Bell’s palsy.

In an Instagram video he posted with the caption “IMPORTANT PLEASE WATCH,” Bieber told his fanatics that a virus attacked the nerves in his ear, damaging his facial nerves and leaving him unable to smile, blink, or move his nostril on the right side.

“As you can see, this eye is not blinking,” Bieber said. “I can’t smile on this side on my face. This nostril will not move. So there’s full paralysis on this side of my face.”

Bieber went on to apologize to his fans for having to cancel his upcoming shows, explaining that he is “just physically, obviously not capable of doing them.”

“This is pretty serious as you can see,” he said. “Um, I wish this wasn’t the case, but obviously my body’s telling me that I’ve got to slow down. And um, I hope you guys understand and uh, I’ll be using this time to just rest and relax and get back to 100 percent so that I can, um, do, um, what I was born to do.”

Failing to make the connection between his condition and the jabs for the Fauci Flu that he took, Bieber went on to explain that he plans to return back to normal just by resting and doing “all these facial exercises to get my face back to normal and, um, it will go back to normal.”

“It’s just time, and we don’t know how much time it’s gonna be, but it’s gonna be okay, and I hope and I trust God, and I, um, trust that it’s all for a reason, and, um, I’m not sure what that is,” Bieber added.

As we reported from back when Operation Warp Speed was first launched, one of Bieber’s doctors, Dr. Ehsan Ali of Beverly Hills Concierge Doctor, announced that celebrities like Bieber were paying gobs of cash to jump to the front of the vaccine line.

“This is the first time where I have not been able to get something for my patients,” Ali said at the time about how some celebrities were allegedly demanding Chinese Virus injections before everybody else could get them when they were initially in short supply.

Was Bieber one of those celebrities? We cannot say for sure, but he and his girlfriend both got injected at some point, and are probably boosted as well, seeing as how Bieber is from Canada and still does shows in that authoritarian country.

“He took the jab and now pays the price,” wrote a commenter at The Western Journal.

“These neurological issues are myriad and many from the vax,” wrote another. “Check out the VAERS site update! Read the 8 pages of possible side effects in the recently released Pfizer data a judge ordered them to provide! Eight pages!!!! Unlike anything ever seen before.”

Someone else posted a quote from George Eaton, who is predicting that everyone who took a covid “vaccine” will be dead by the year 2025.

“The spike protein itself is toxic and a part of the disease pathology is the cause of inflammation, ACE2 deregulation, and opens up immunity pathways. This means Myocarditis (heart inflammation), Encephalitis (brain inflammation), and hepatomegaly (liver inflammation) are huge risks and confirmed by many adverse reactions reported to VAERS and EuroVigilance.”