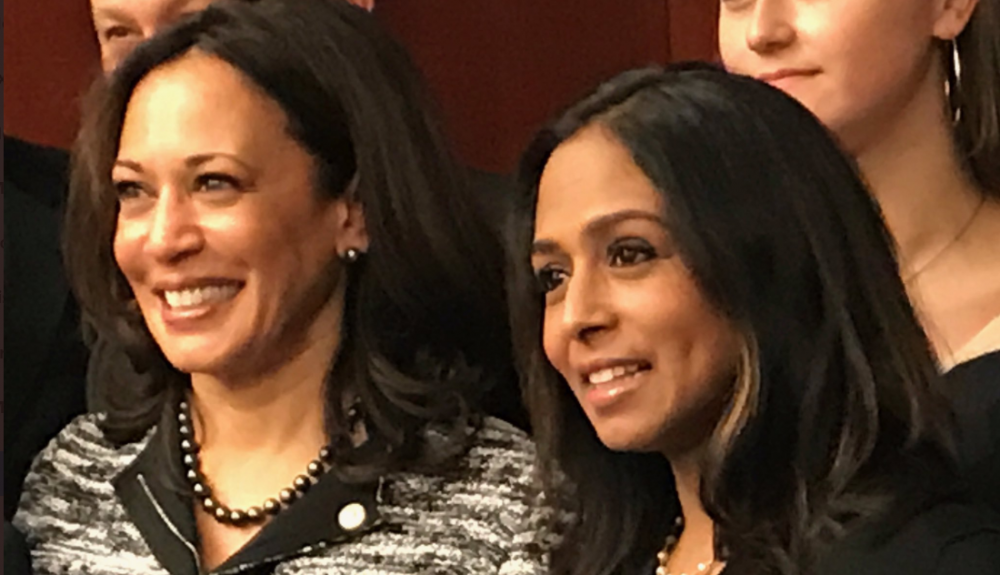 Ms. Harris is the only 2020 Democrat who has fallen hard out of the top tier of candidates. She has proved to be an uneven campaigner who changes her message and tactics to little effect and has a staff torn into factions.

A blistering resignation letter from a member of the Kamala Harris campaign paints a picture of low morale among staffers of a directionless campaign with “no real plan to win” ahead of the crucial Iowa caucus in 2020.

According to the New York Times, the sentiments expressed in a letter from now-former state operations manager Kelly Mehlenbacher were corroborated by more than 50 current and former campaign staffers and allies, speaking largely on the condition of anonymity to disclose the campaign’s many flaws and tactical errors, from focusing on the wrong states to targeting the wrong candidates, as a frustrated campaign staff draws closer to 2020 Democratic primaries, which at one point counted the California Senator as a likely star.

Mehlenbacher’s letter came a few days after a November staff meeting during which aides pressed campaign manager Juan Rodriguez about strategy and finances after sweeping layoffs ahead of the campaign’s movement in Iowa.

“While I still believe Senator Harris is the strongest candidate” in 2020, Ms Mehlenbacher said, “I have never seen an organisation treat its staff so poorly … I no longer have confidence in our campaign or its leadership. The treatment of our staff over the last two weeks was the final straw.”

She said it was “unacceptable” to move campaign staff from Washington DC to headquarters in Baltimore, Maryland, “only to lay them off without notice” with “no plan for the campaign” and “without thoughtful consideration of the personal consequences to them or the consequences that their absence would have on the remaining staff.”

In the letter, dated 11 November, Mehlenbacher said that “neither the campaign manager or the chair” had addressed the staff “to explain, apologize or reassure” those who remain.

“Something has got to give.”

Staffers and allies within the campaign also criticized Harris for retreating against Democratic rivals without clear messaging as to whether she straddles the moderate or progressive side of the party’s current ideological divide, according to the report.

As for her platform, Harris also has faced criticism for not having a clear health care plan, which has become central to top-polling Elizabeth Warren and Bernie Sanders, and for poorly maneuvering a progressive criminal justice plan while answering for her record as a prosecutor.

The letter reads: “Because we have refused to confront our mistakes, foster an environment of critical thinking, and honest feedback, or trust the expertise of talented staff, we find ourselves making the same unforced errors over and over.”

The report also says division within the campaign is in part due to leadership — Maya Harris, who directs the campaign, is the candidate’s sister, making it difficult for staff to address their criticism of the candidate. Staffers also believe it would be difficult to replace Rodriguez without also signaling the resignations of Harris’ consultants.

The New York Times spoke to Congresswoman Marcia Fudge an influential leader within the Congressional Black Caucus, who said she told Harris that “there needs to be a change” and has urged the candidate to remove Rodriguez. “The weakness is at the top,” she said.

In a statement, Rodriguez said: “Just like every campaign, we have made tough decisions to have the resources we need to place in Iowa and springboard into the rest of the primary calendar.”

Harris’ campaign momentum also has faced a similar fundraising blow, diving from $12 million in early 2019 — just behind top-ranked Sanders, who collected more than $18 million — to a flat-lining $11 million in the second and third quarters of the year.

The report suggests the campaign is bracing for a significant financial hit to close out the year, while the campaign mulls whether to consider embracing super PACs to try to rake in more cash ahead of 2020.