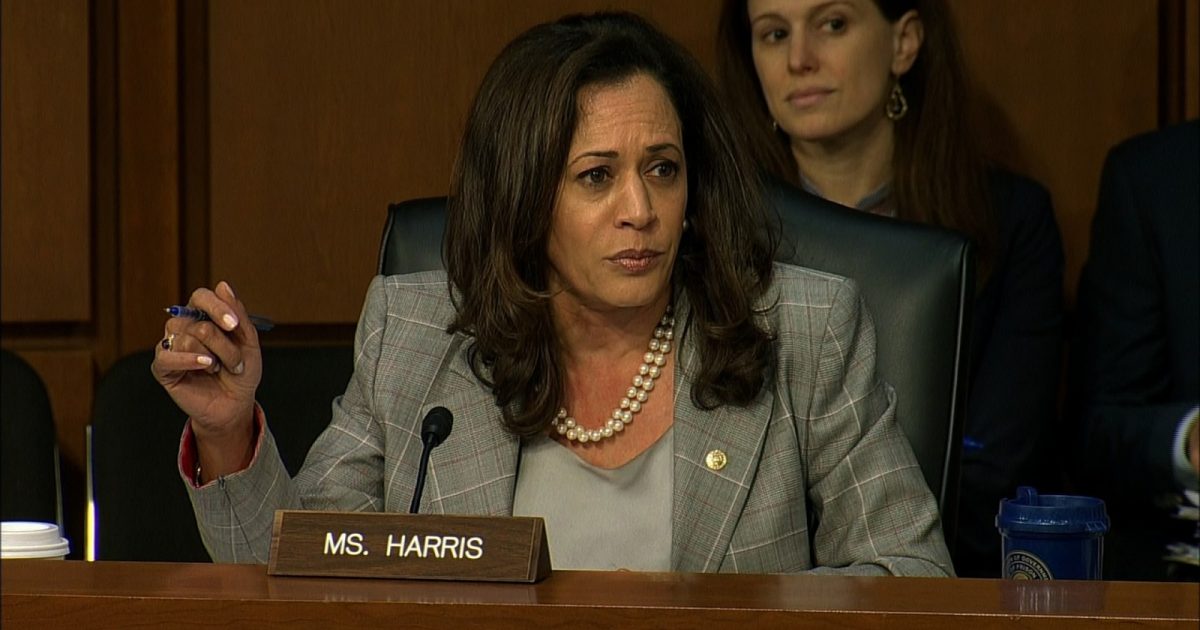 Editor’s Note: The utter hypocrisy of this woman and the other Democrats that went after Justice Kavanaugh is absolutely mindblowing and these people continue to live in their justice-proof bubbles because justice is never brought to bear on them. Watch Kamala Harris defend this aide and talk about innocent until proven guilty, but I’ll bet she won’t demand an FBI investigation.

It’s okay. Despite this, Senator Kamala Harris will still continue lecturing on gender inequality and pontificating about sexual harassment. She’ll keep on campaigning for the 2020 slot on her disgusting attacks on Justice Kavanaugh. Meanwhile, as is usual for the Dems, her own house was dirty.

A longtime top staff member of U.S. Sen. Kamala Harris resigned Wednesday after The Sacramento Bee inquired about a $400,000 harassment and retaliation settlement resulting from his time working for Harris at the California Department of Justice.

Larry Wallace, who served as the director of the Division of Law Enforcement under then-Attorney General Harris, was accused by his former executive assistant in December 2016 of “gender harassment” and other demeaning behavior, including frequently asking her to crawl under his desk to change the paper in his printer.

The lawsuit was filed on Dec. 30, 2016, when Harris was still attorney general but preparing to be sworn in as California’s newly elected Democratic senator. It was settled less than five months later, in May 2017, by Xavier Becerra, who was appointed to replace her as attorney general.

By that time, Wallace had transitioned to work for Harris as a senior advisor in her Sacramento office.

It means he was her loyalist and part of her political entourage. And she’s claiming retaliation within the org.

According to the lawsuit, Hartley eventually informed her supervisor, Shannon Patterson, of the harassment and asked for help. “Hartley observed Patterson enter Wallace’s office and met with him behind closed doors,” the lawsuit states, but after that, she began to experience retaliation.

The lawsuit describes that Hartley was “set up to fail,” micro-managed by Patterson, investigated by internal affairs on a “fabricated charge” for which she was never informed of the outcome, and “told she should quit her job and seek employment elsewhere.”

Other Dems seemed quite happy with it. That’s usually the case.

Ford had the right to be believed, but not Hartley.