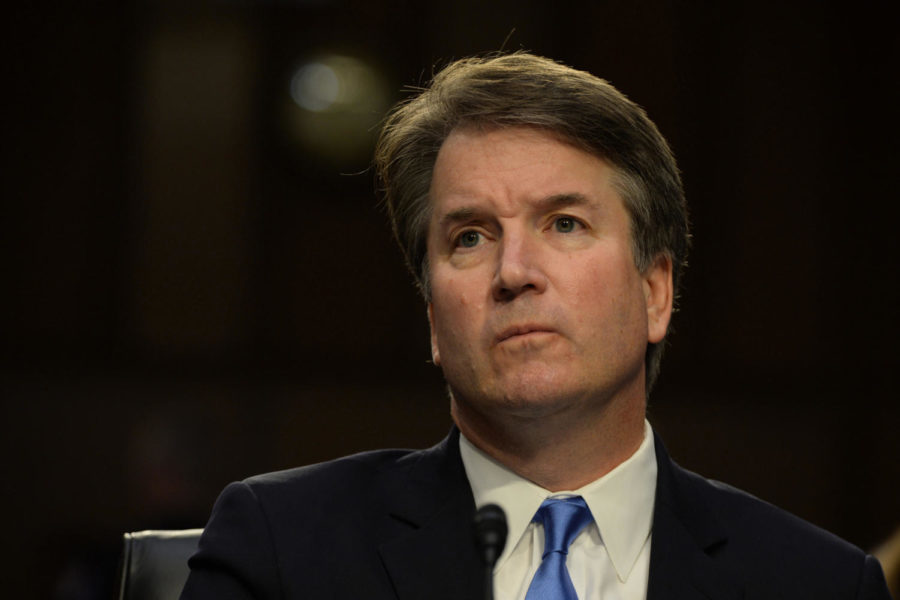 KAVANAUGH ACCUSER REFERRED FOR PROSECUTION FOR LYING ABOUT ALLEGATIONS

THE MAN WHO MADE THE FALSE ALLEGATIONS FACES A 10-YEAR SENTENCE.

The Senate Judiciary Committee sent a criminal referral on Saturday for a man who falsely accused Supreme Court nominee Judge Brett Kavanaugh of sexually assaulting his friend on a boat in 1985.

As noted by Breitbart, the man is not only facing up to 10 years in prison for lying to Congress, his apparent loathing of President Donald Trump, and the connections related to it, may explain why he made the false accusations.

In a letter to the FBI and Department of Justice, Committee Chairman Chuck Grassley wrote that the accuser, whose name was redacted, should be investigated for “potential violations of 18 U.S.C. §§ 1001 and 1505, for materially false statements [he] made to the Committee as part of its investigation of allegations against Judge Kavanaugh.”

“The Committee is grateful to citizens who come forward with relevant information in good faith, even if they are not one hundred percent sure about what they know,” Grassley wrote.

“But when individuals provide fabricated allegations to the Committee, diverting Committee resources during time-sensitive investigations, it materially impedes our work. Such acts are not only unfair; they are potentially illegal,” he added.

Late last month, a Rhode Island man called Democratic Sen. Sheldon Whitehouse‘s office and accused Kavanaugh of sexually assaulting his friend. Soon after Senate investigators probed the allegations, the man in question appears to have admitted via Twitter that he “made a mistake.”

A man named “Jeffrey Catalan” revealed on Twitter late on Wednesday that he was the “witness” who called Whitehouse’s office and claimed that Kavanaugh and Mark Judge, a high school friend of Kavanaugh, assaulted his friend while intoxicated on a boat.

Catalan’s name was redacted in the Committee’s transcripts, but he appears to have outed himself on Twitter. A cursory overview of his supposed Twitter account shows he loathes Trump and wanted the Pentagon to save the nation from “the parasite that occupies the White House.”

So, the man called a Democratic Senator and alleged that Kavanaugh and friend Mark Judge drunkenly assaulted one of his friends. Soon after the Committee reached out and investigated his claim, he immediately recanted and admitted to, essentially, lying.

It’s unclear why he lied and made such a disgustingly false claim, but it appears the Senate is not going to let him get away with it. Lying to Congress is a felony, and the man would spend up to 10 years in prison for his false accusations against Kavanaugh, if proven guilty.

But more importantly, this is just one of many shoddy allegations that has been brought forward against Kavanaugh in recent weeks.

The saga began last month with Christine Blasey Ford, who alleges Kavanaugh groped her at a high school party around 1982. There are no witnesses corroborate the tale and Kavanaugh has vehemently denied any wrongdoing, attending the supposed party, or ever even knowing Ford.

A second accuser, Deborah Ramirez, claims Kavanaugh exposed himself to her at a party in 1983. A third accuser, Julie Swetnick, came forward on Wednesday and accused Kavanaugh of taking part in “gang rapes” at parties in the early 1980s.