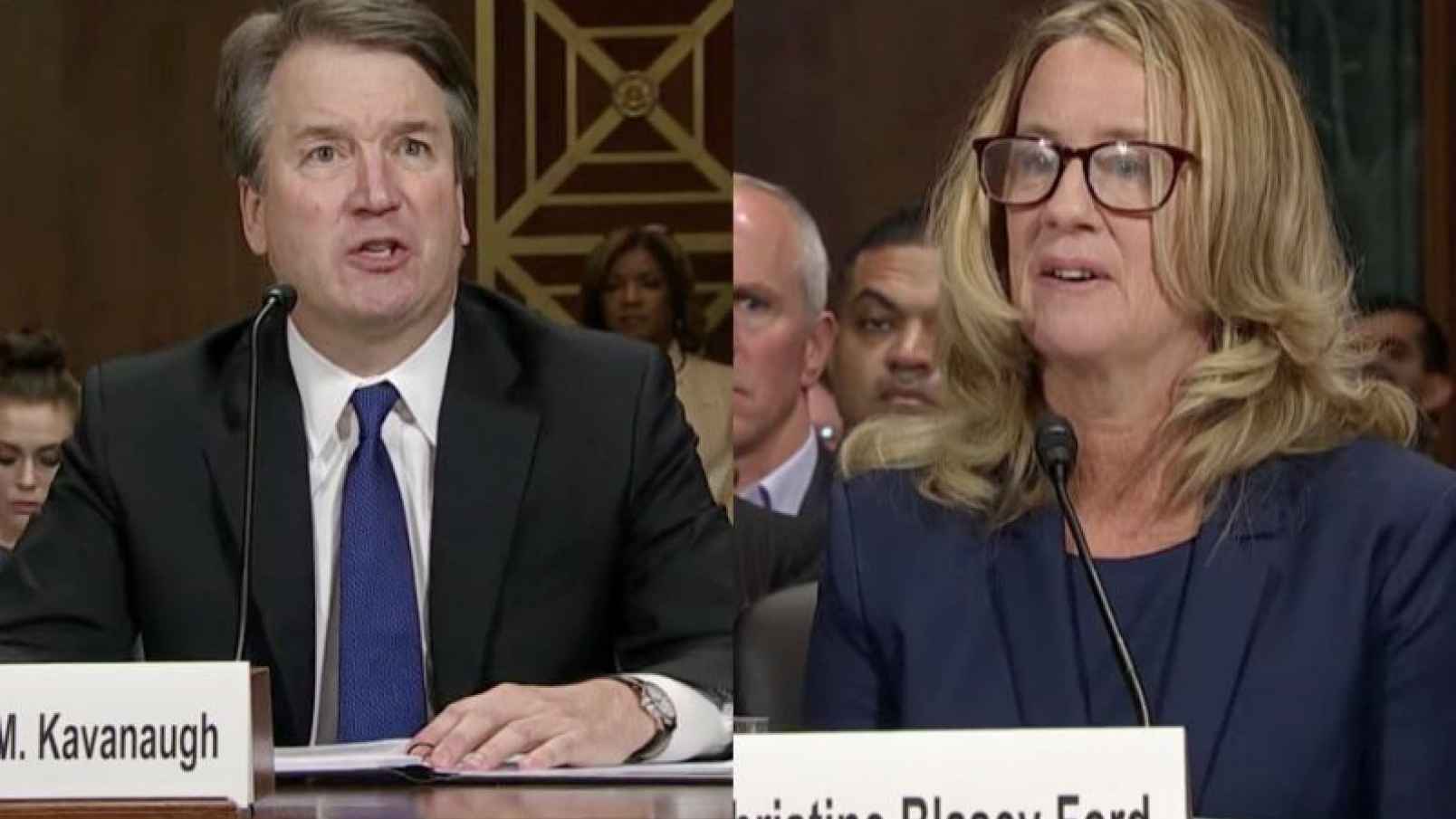 Why did the Democrats launch an unprecedented smear campaign against a Supreme Court nominee?

The matrix of motives centers on a cynical midterm ploy to boost turnout, appeal to suburban female voters in swing states and, hopefully, defer the nomination to a Dem Senate.

But that’s the short game, not the long game.

The attack on Brett Kavanaugh was not just an assault on a man, but an attack on an institution.

Ruth Bader Ginsburg is 85 years old and Stephen Breyer is 80 years old. Presidential incumbents tend to win reelection. Even if the Democrats take the Senate, the odds are good that they won’t be able to nominate anyone to the Supreme Court until 2025.

That’s a long time away, and a lot can happen until then.

Conservative justices have less power than lefty justices. The latter can create laws, in defiance of the Constitution, while the former eliminate them, in deference to the Constitution.

But those seven years can still undermine a great portion of the big government project. And, along with other judicial appointments, can neuter the radical judiciary’s effort to block President Trump’s policies.

Stopping Kavanaugh was always a longshot. But the real target was the Supreme Court.

During much of the previous century, the risk of a Republican president appointing conservatives to the Court was slight because the Democrats often controlled the Senate and the GOP judicial bench was often drawn from a liberal establishment that had defined the Republicans of the past. But the rise of the Federalist Society, the increasing conservatism of the GOP and the willingness of voters to back single party control of the executive and legislative branches have been changing all that.

The Democrats had largely used the Supreme Court as an unelected legislature. Legislating through the Court was more useful because it has the fewest checks against it of all the branches of government. But as the checks against legislative and executive abuses come apart, the Left has less need for the Court.

That’s why there’s now open talk on the Left of getting rid of it.

Such schemes range from relatively modest assaults on the Constitution, such as a revival of the court packing schemes that FDR and Obama have threatened to wield against the Court’s Constitutional independence, to more grandiose cries for term limits or the abolition of the Supreme Court.

The Democrats have staked their long-term bet on the emergence of a new majority-minority voting bloc that will fundamentally transform America. They complain that the equal representation of small and large states in the Senate impedes the rise of this bloc, which is more present in California than Wyoming. They whine about the Electoral College, rather than the popular vote, making presidents.

And they fume that minority turnout in midterm elections still remains weak. That’s why their Kavanaugh midterm gambit was aimed at radicalizing gender, not race.

Had this been a presidential election, Kavanaugh would have been accused of being a racist. Since it was a midterm election, the Left smeared him as a rapist. The campaign had been politically calculated from its first Roe v. Wade messaging down to the final mass of unproven and unprovable smears.

The Supreme Court, with its small bench and lifetime appointments, its White House nominations and its Senate chokepoint, is the body most resistant to populist whims. To control the Supreme Court, the Left has to get past the Electoral College and the Senate, and it doesn’t think the work is worth it.

Why put in all the effort to legislate from the bench, when you can just legislate?

The existence of the Supreme Court used to offer more reward than risk. Now it’s more risk than reward. The Left used the Court to build the infrastructure of big government. The House and the Senate have made hardly any dents in that infrastructure. Most Republican administrations and legislatures have only built it up instead. It’s the Supreme Court that has occasionally demolished it.

The Supreme Court is unique of all the branches in enjoying the least benefit from the power of government, beyond the vicarious ideological thrill of moving it to the left or to the right. The executive and legislative branches create powers that they exercise when they expand the scope of government. The indirect power of the Court shields conservative justices from the corrupting effects of power.

(Not wholly or completely, as history and current events have shown us, but less than the others.)

Big government has become so large that conservative justices can now wield more power by undoing government, than radical justices can by building it, reversing the equation of risk and reward.

And so, it’s safer for the Left to neuter or get rid of the Supreme Court.

The attack on Brett Kavanaugh was not an assault on a man, but on an institution. The Left did not really expect to keep him off the bench. What it truly sought to do was to tarnish the Supreme Court.

This was not just an act of petty ideological spite.

If the Left can’t have the Supreme Court, it will do its best to destroy it. Attacking nominees in very ugly personal terms sets the state for delegitimizing the institution by delegitimizing the men. It opens the door to the next stage of the plot against the Court, investigations of justices and a push for term limits.

The Left has made it abundantly clear that after Kavanaugh, it intends to pursue both courses.

When conservatives bitterly opposed Supreme Court decisions, they were advised to play by the rules, wait and change the composition of the Court. And that’s exactly what they have successfully done. But the Left does not play by the rules. It will not wait around for 2025. It has a plan and it is already acting.

The Left made it clear after Trump won that it wouldn’t wait until 2020 or 2024. It’s not going to wait for the Supreme Court either. Its answer to Trump’s victory was the Mueller investigation and blatant obstruction of his authority at every level of government still controlled by its apparatchiks.

Individuals are being attacked to undermine institutions. Destroy Trump and you destroy the legitimacy of presidential elections. Go after Kavanaugh and you crush the standing of the Supreme Court.

And then all that’s left is a baying media mob dispensing its talking points to angry activists.

That’s not just how they came after Trump and Kavanaugh. It’s how the Left wants to run this country with no process and no laws beyond those of the lynch mob, the media and an unelected bureaucracy.

The smearing of Kavanaugh is a plot against the Supreme Court and a conspiracy against America.