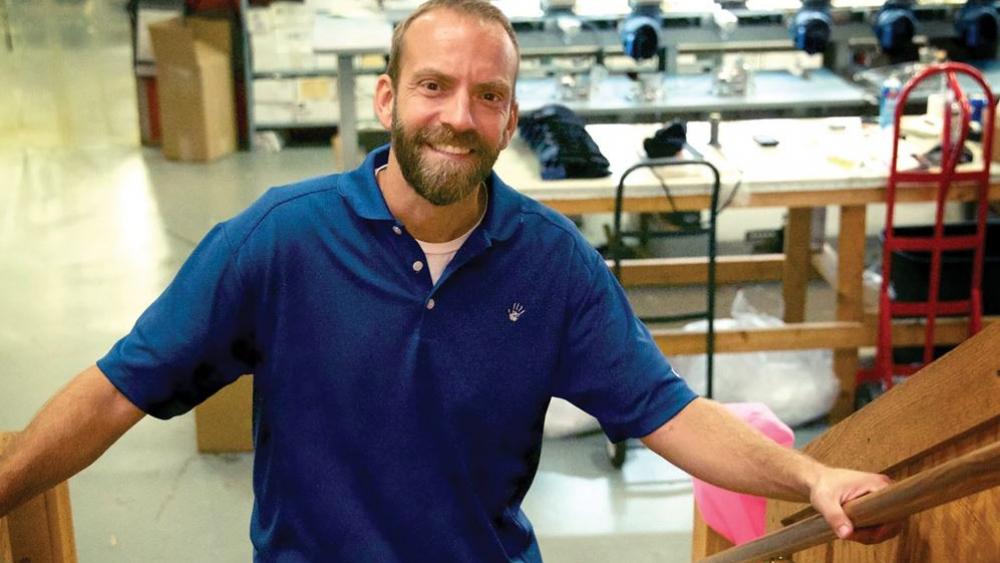 A Kentucky print shop owner who refused to make a gay pride T-shirt argued before the Kentucky Supreme Court that he shouldn’t be compelled to promote messages that go against his religious beliefs.

Blaine Adamson is owner of Hands-On Originals in Lexington and declined to print a shirt promoting an LGBT pride festival in 2012. The city’s Human Rights Commission said that refusal violated its gay-rights fairness ordinance.

The Supreme Court heard oral arguments from attorneys and will issue a ruling at a later date.

It all started when a group called the Gay and Lesbian Services Organization asked Adamson to print shirts promoting the Lexington Pride Festival, an event they were hosting. Adamson declined to print the shirts, citing his religious beliefs, and insteadoffered to connect the Gay and Lesbian Services Organization to another printer who would have made them the shirts.

Unfortunately, the Gay and Lesbian Services Organization filed a discrimination complaint with the Lexington-Fayette Urban County Human Rights Commission, even though the organization eventually received the shirts for free from another company. In 2014, the commission ruled that Adamson must serve all customers and even print messages that conflict with his faith upon demand.

Adamson appealed and won rulings from the circuit court and state court of appeals. The appeals court said in 2017 the printing business was subject to the city’s fairness ordinance but nothing in that ordinance prohibits a private business “from engaging in viewpoint or message censorship.”

Two lesbian print business owners have also sided with the Christian printer. Kathy Trautvertter and Diane DiGeloromo of BMP T-shirts once told talk show host Glenn Beck they had to get involved because “when I put myself in his shoes I could see it from his side.”

The LGBT printers realized they could not go against their own social mores and if asked, they “could not create or print anti-gay t-shirts for a group.”

DiGeloromo said they know that siding with the printer may cause some concern in the LGBT community but “we feel it’s not a gay or straight issue, it’s a human issue and no one should be forced to do something against what they believe in.”

Luke Goodrich, deputy general counsel at the Becket Fund for Religious Liberty, echoes those sentiments adding, “A ruling protecting the freedom to disagree respects the dignity of both sides. The two sides may never agree, but they will be free to live according to their deeply held beliefs.”

Jim Campbell, senior counsel for the Alliance Defending Freedom representing Adamson, says the Kentucky Supreme Court should follow the findings of two lower courts that say Adamson should not be made to print something that goes against his beliefs.

“Americans should always have the freedom to decline when asked to express ideas that violate their conscience,” Campbell said. “Blaine Adamson serves all people, but he cannot print all messages. The First Amendment protects his right to do that.”