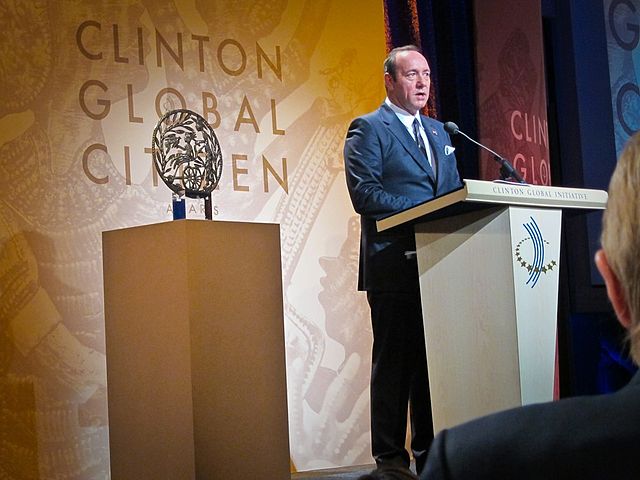 “An anonymous massage therapist who claims to have been sexually assaulted by Kevin Spacey has died, according to a notice filed in court by the actor’s attorneys,” The Hollywood Reporter reports.

The individual, suing as a “John Doe,” filed claims in September 2018 with the allegation of being forced to grab the actor’s genitals twice during a massage two years earlier at a private residence in Malibu. In May, a federal judge in California allowed the case to move forward despite Spacey’s objection that the plaintiff’s identity was being shielded.

Now, just a month after the parties came to a plan for proceeding in the suit that detailed prospective discovery and envisioned a seven- to 11-day trial, the plaintiff’s attorney has informed Spacey that the client “recently passed.”

No further detail is provided, and a request to the plaintiff’s attorney for more information has not been answered.

Spacey recently got out of another legal situation when criminal charges against him were dropped in Nantucket, Massachusetts. In that case, Spacey pleaded not guilty to felony indecent assault and battery, and prosecutors withdrew charges after the accuser — a teenage busboy — stopped cooperating.

Amazing how that works.

Incidentally, Kevin Spacey just so happened to have flown on Jeffrey Epstein’s “Lolita Express” with Bill Clinton for a week-long “tour” of Africa, Gawker reported in 2015.

In 2002, as New York has reported, Clinton recruited Epstein to make his plane available for a week-long anti-poverty and anti-AIDS tour of Africa with Kevin Spacey, Chris Tucker, billionaire creep Ron Burkle, Clinton confidant Gayle Smith (who now serves on Barack Obama’s National Security Council), and others. The logs from that trip show that Maxwell, Kellen, and a woman named Chauntae Davis joined the entourage for five days.

That last name—Chauntae Davies—shows up elsewhere in papers unearthed by the various investigations into Epstein’s sex ring: his little black book. Davies is one of 27 women listed in the book under an entry for “Massage- California,” one of six lists of massage girls Epstein kept in various locales, with a total of 160 names around the globe, many of them underage victims.

Gawker’s report features a picture of Davies from her Facebook page where she’s topless and covering herself with just an arm.

Business Insider reported more on that flight earlier this year:

Multiple profiles and reports from over the years detailed Epstein’s active philanthropy and social life that kept him among the ranks of New York’s elite. One such report detailed his financing of travel to Africa with former President Bill Clinton and actor Kevin Spacey.

[…] This was one instance of Epstein getting friendly with Clinton, as the former president would take several flights on Epstein’s private plane in 2002 and 2003, according to logs obtained by Gawker in 2015.

Clinton lauded Epstein to New York Magazine as “a committed philanthropist” and said he enjoyed Epstein’s “insights and generosity” during the trip.

“Jeffrey is both a highly successful financier and a committed philanthropist with a keen sense of global markets and an in-depth knowledge of twenty-first-century science,” Clinton said through a spokesman. “I especially appreciated his insights and generosity during the recent trip to Africa to work on democratization, empowering the poor, citizen service, and combating HIV/AIDS.”

The meeting seemed to be by design, as Epstein said in 2002 that his elite social circle was a “collection” that he invested in.

“I invest in people, be it politics or science,” Epstein said. “It’s what I do.”

I wonder if this anonymous massage therapist and Epstein met a similar ending?

UPDATE: This is apparently the second Spacey accuser to meet an untimely end.

Kevin Spacey Accuser Found Dead After Being Struck by Vehicle

A woman who allegedly accused actor Kevin Spacey of sexual harassment was found dead after being struck by a car in Quincy, Massachusetts on Feb. 25, while crossing a parkway.

The Patriot Ledger reports that Linda Culkin, 59, was crossing Burgin Parkway when she was hit by a car, with police Sgt. Karyn Barkas stating that Culkin was crossing while the traffic light was green. The driver tried to avoid her and, as a result, hit another vehicle head-on. No charges were filed against the driver.

Felix Browne, a spokesperson for the medical examiner’s office, told Radar Online that Culkin’s cause of death is still under investigation.