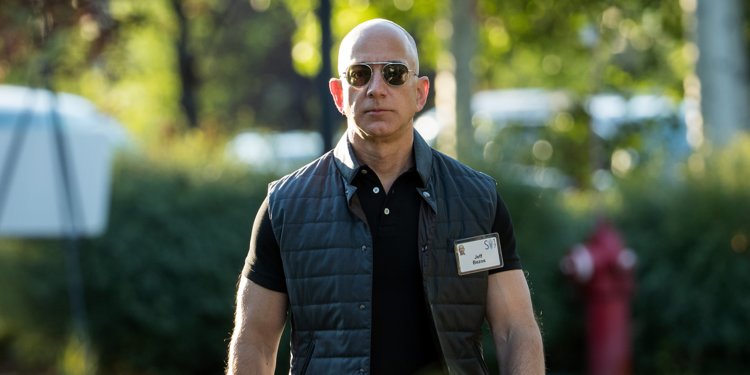 Has a woman ever shamed you for sending a pic of your Johnson to her via text or e-mail? Probably so in this day and age. But never fear, the world’s richest and most successful man has done the same.

Amazon founder Jeff Bezos is undergoing a messy divorce at the present moment. Being a globalist kingpin technocrat can work up quite the sexual appetite. Page Six fills in all of the lurid details:

“Amazon billionaire Jeff Bezos sent a picture of his privates and other sleazy selfies to his mistress while cheating on his now soon-to-be-ex-wife, according to a new report.

The tech tycoon sent the close-up of his junk and several shirtless shots to TV anchor Lauren Sanchez months before the new couple says they started dating in “the fall” after separating from their respective spouses, according to the National Enquirer…

In a response to the Enquirer, Bezos’ lawyer said he “supports journalistic efforts and does not intend to discourage reporting about him.”

Bezos must be applauded for being a virile Chad. He sows his seed and grabs women by the you know what as every man should. His mistress, Lauren Sanchez, is quite the looker.

I wouldn’t kick her out of bed for eating Tostadas!

With that being said, it may be time for Bezos to realize that he is on the wrong side of things. By siding against President Donald J. Trump, he doomed his own fate. His greedy, golddiggin’ hussy of a soon-to-be ex is going to get tens of billions of unearned dough from Bezos. If his mistress was thrown over Trump’s border wall, he wouldn’t have had to pay a dime!

Time to join the RIGHT side, Mr. Bezos. We can use your Orwellian Big Brother mark-of-the-beast technology to purify the waters and Make America Great Again!