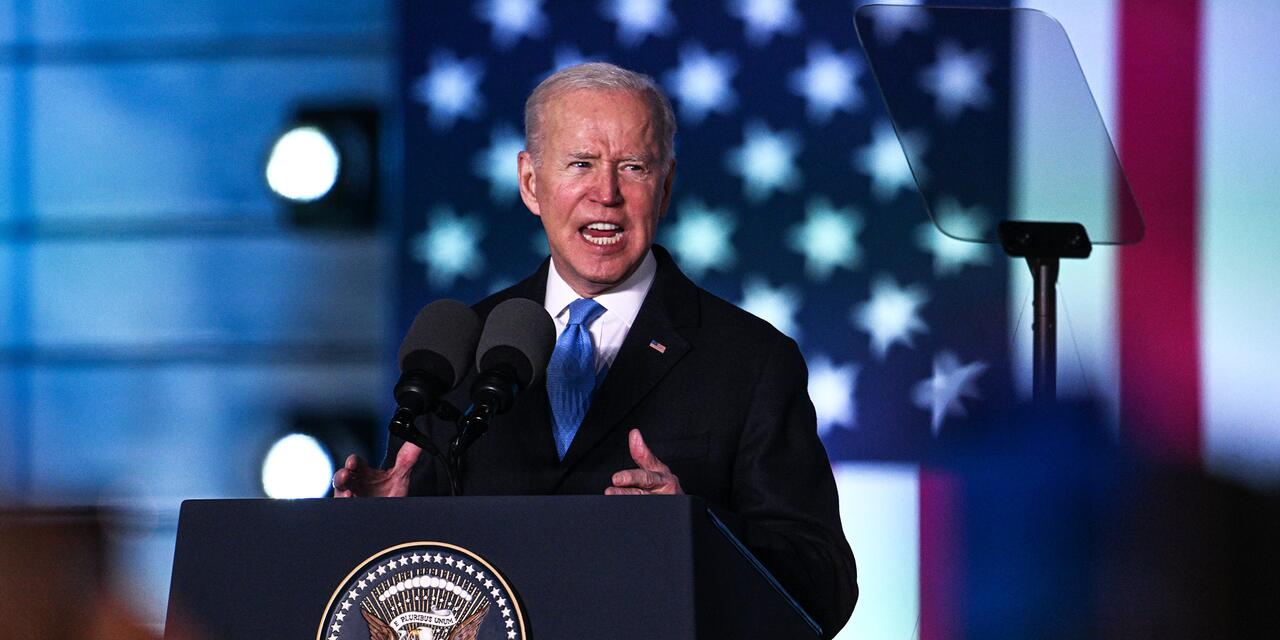 The US State Department earlier implied that Biden’s weekend regime change comments saying that “butcher” Vladimir Putin “cannot remain in power” were more based in “emotions” and not on official White House policy.

Russia has subsequently seized upon the perhaps dubious explanation and walk-back, with the foreign ministry expressing it hopes that Biden’s “emotions will not lead to him doing something irreparable and dangerous for the whole world while under their influence.”

Just prior to the weekend speech from Warsaw, Biden had called Putin a “murderous” and “bloody dictator” and “thug” – this also after last month the US administration imposing personal sanctions on the Russian leader.

Russian presidential spokesman Dmitry Peskov in follow-up said that while security dialogue is needed between Washington and Moscow, this window is rapidly closing due to “personal insults” from the US side, suggesting things could escalate to a more dangerous place.

“We really hear and see statements that are actually already personal insults against President Putin,” Peskov said as reported in RT. Peskov further indicted that despite such “almost daily” insults, Russia would refrain from responding in kind so as to avoid unnecessary escalation of rhetoric, and to leave open the possibility of dialogue.

NEW: The Kremlin says Russia and the U.S. would need to have a dialogue on security sooner or later, but their relations will inevitably be affected by "personal insults" by Pres. Biden directed at Russian Pres. Putin. @Reuters

Peskov suggested that Putin would remain “above it” – saying, “Our President is a very wise, far-sighted and cultured international figure and the head of the Russian Federation.”

The spokesman also took the opportunity to remind reporters that the US war machine is responsible for the deaths of hundreds of thousands of people around the world, following decades of unwarranted attacks on other nations, particularly in the Middle East, including Iraq, Afghanistan and Libya.

Only days ago there was this claim from the president…

BIDEN: "I've been dealing with foreign policy for longer than anybody that's involved in this process right now." pic.twitter.com/BpNuuKN9Bu

In recent days Biden has made a series of what the White House tried to portray as mere momentary “gaffes” – including the prior regime change comments targeting Putin. Biden also started off this week by revealing, perhaps inadvertently, that the US is “training Ukrainian troops” inside Poland; however, an administration statement tried to walk it back by merely saying American troops are ‘interacting’ with Ukraine’s military.

Doocy: "The big things you say on the world stage keep getting walked back."

Biden: You told troops they are going to Ukraine, the U.S. would use a chemical weapon, and called for regime change in Russia.

Biden: "None of the 3 occurred." pic.twitter.com/cwZPzANIoC