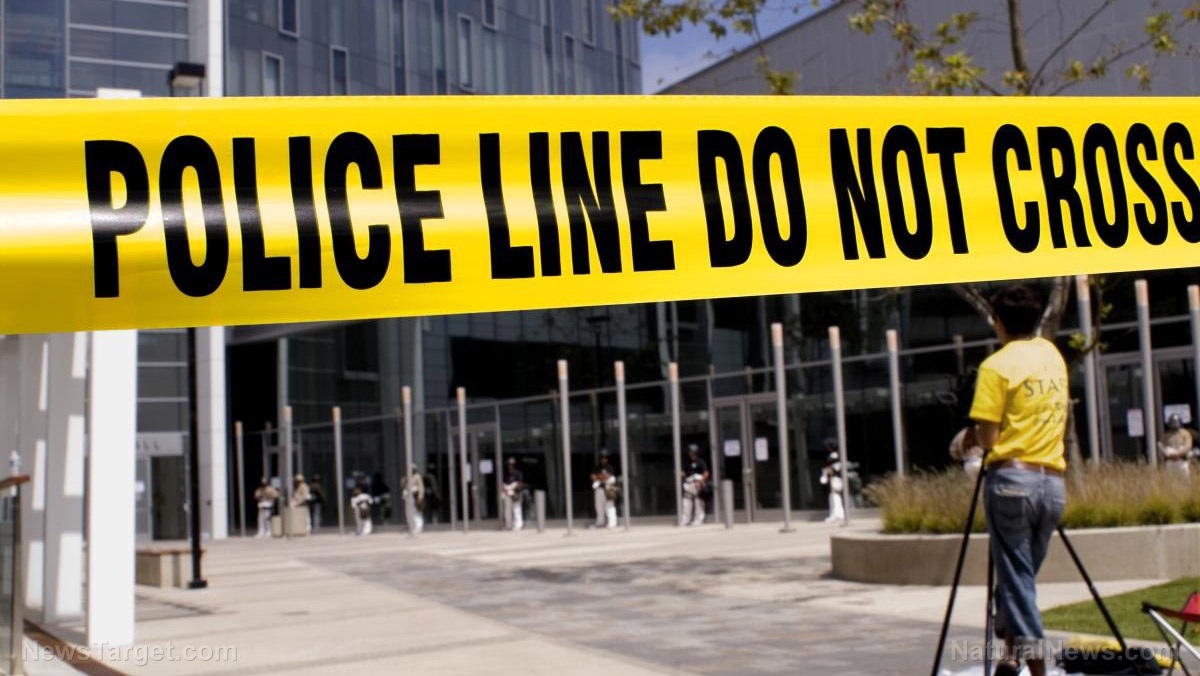 (Natural News) Once upon a time, California was literally the embodiment of the American Dream, where people went to pursue their life’s ambitions and, for many, reach their pinnacle of success.

But those days disappeared long ago after left-wing Democrats became a supermajority and imposed at will their anarchy-creating ‘criminal reform’ policies that amount to little-to-no enforcement of laws on the books.

And today, the situation has gotten so bad in the state’s largest cities that the head of the police union in one of them — Los Angeles — is warning tourists to stay away during the holiday season amid rising crime and homelessness.

“My message to anyone thinking about coming to Los Angeles, especially during the holiday season, is don’t,” Jamie McBride of the LA Police Protective League, said in an interview this week, according to Big League Politics.

“We can’t guarantee your safety. It is really, really out of control. I said it to people before, it’s like that movie ‘Purge,’ you know, instead of 24 hours to commit your crime, these people have 365 days to commit whatever they want,” McBride added, essentially admitting that the LAPD has been hampered by left-wing politics to the point where they are no longer effective.

Los Angeles has witnessed a spree of violent crime increases and wide-scale “smash and grab” robberies, with law enforcement largely powerless to arrest thieves and burglars under municipal orders intended to advance the cause of racial justice.

McBride has blamed progressive Governor Gavin Newsom for the uptick in violent offenses and crime in California, who he accused of “advocating for the criminals.”

The outlet noted further that a 2020 survey found that Los Angeles was the worst-ranked city for retail theft, meaning more theft occurred there than in any other American city.

“Los Angeles is home to the largest homeless population of any city in the developed world, with the city’s socioeconomic structure distinctly split between the penniless masses and wealthy professionals connected to the industries of media, business, and progressive Democratic politics,” Big League Politics added. “Tourism has been damaged by Los Angeles’ reputation for violent crimes, with those visiting the city often targeted by criminals.”

L.A.’s homeless problem has been growing for years, thanks to left-wing Democratic policies, as Natural News reported in November 2017:

Up and down the entire west coast, homeless rates are beginning to skyrocket as more and more people struggle to afford housing. In Seattle, for example, some 400 unauthorized tent camps are quickly popping up in public parks, underneath bridges, on freeway medians and along sidewalks.

In San Diego, government officials are now forced to scrub down sidewalks due to a deadly outbreak of hepatitis A. In Anaheim, an astonishing 400 people spend the nights sleeping on a bike path that runs alongside Angel Stadium. Organizers in the city of Portland recently had to use incense to mask the smell of urine in a parking lot where vendors set up shop.

Meanwhile, the Democrat left is only breeding more of this kind of behavior, pushing garbage, failed political ideologies over American republicanism, which has a two-century track record of success.

“Millennials are increasingly turning away from capitalism and toward socialism and even communism as a viable alternative,” Marion Smith, the executive director of Victims of Communism, said at the time.

“This troubling turn highlights widespread historical illiteracy in American society regarding socialism and the systemic failure of our education system to teach students about the genocide, destruction, and misery caused by communism since the Bolshevik Revolution one hundred years ago,” Smith added.

America is circling the drain, and it was all caused by left-wing lunacy. Patriots had better buck up and prepare to fight for our country or we’re going to lose it all.