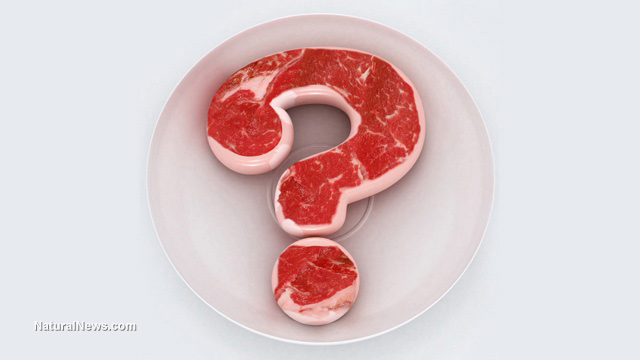 (Natural News) It was never enough just to tamper with your produce and grains. The biotechnology industry is now setting its sights on replacing all meat with genetically engineered (GMO) impostors, too.

Beef, poultry, fish, and dairy products are all on the chopping block as the architects behind the Great Reset shift society away from real, nutritious food and straight into laboratory abominations from hell.

Using technologies like synthetic biology and precision fermentation, mad scientists are concocting cultured “meat” synthetics along with other cell-based and gene-edited parodies of real food.

“Transitioning to cultured meat, made from animal cells grown in a petri dish, is a Great Reset goal for the global food industry,” warns Dr. Joseph Mercola. “The aim is to control populations by creating dependence on private companies that control the food supply.”

The Wellcome Trust co-founded what is known as the “EAT Forum,” which developed a concept called “The Planetary Health Diet” that will be forced on the global population – at least that which remains following the great fulling.

“It entails cutting meat and dairy intake by up to 90%, and replacing it largely with foods made in laboratories, along with cereals and oil,” Mercola further explains.

Back in 2017, we reported about the launch of Impossible Foods, a fake meat corporation backed by Bill Gates and Google.

Not surprising was the revelation at that time that each glob of Impossible Foods fake meat mush is packed with GMOs, monosodium glutamate (MSG) derivatives, and other chemical horrors.

It turns out that Impossible Foods had been just the start of a global transition effort to eradicate real food from animals and replace it with chemical “foods” from a laboratory – and more importantly to the globalists, chemical “foods” that enrich wealthy billionaires at the expense of family farms.

Creating cultured meat, also known as cell-based meat, involves a disturbing process by which fetal bovine serum (FBS), or the blood of cow fetuses – aborted, of course – is extracted and placed in petri dishes to grow what looks and supposedly tastes like real meat.

“So, cultured beef relies on the slaughter of both cows and unborn calves, which are drained of their blood while still alive,” Mercola writes.

The end product is nothing close to the real meat, bearing a composition that is unhealthy and, quite frankly, toxic. And this is exactly what the globalists want: a sick and dying human “herd” that is easily manageable and unable, both physically and cognitively, to resist their own tyranny and enslavement.

We are almost there as our society has been drenched in toxic industrial seed oils and so-called “plant-based” foods, which contain no animal fats. These processed food products contain high levels of linoleic acid (LA), which is now understood to be a primary driver of chronic disease.

None of this would be possible without private central banks and the fraudulent stock market pumping up these endeavors with endless fiat cash infusions, by the way. The “investments” that go into creating fake meat do not reflect what actual humans want, but rather what the powers that be want for all of humanity – except for themselves, of course (assuming the globalists are even really human…).

The really disturbing part is that many of these toxic, lab-centric “foods” are being marketed as “natural.” Plant-based has become part of the healthy eating vernacular, even though it represents the opposite of real health.

“It seems that even with all the smarts and savvy in the natural products community, we have failed to understand that we are being targeted by a coordinated global campaign to force the adoption of synthetics in natural channels,” warned Alan Lewis, vice president of advocacy at Natural Grocers.

“The campaign is a spawn of the notorious GMO lobby, now emboldened and backed by technology moguls.”

More stories like this one can be found at Frankenfood.news.