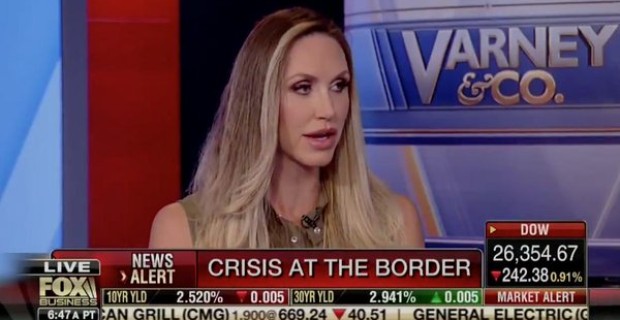 Lara Trump received a huge backlash after she said that Angela Merkel’s policy of allowing millions of “refugees” to enter was the “downfall of Germany”.

During the show on Fox Business, host Stuart Varney said that Merkel’s policy was “catastrophic” for Germany.

On Fox Business, Trump campaign official Lara Trump claims that "the downfall of Germany" was ….. [squints at notes] …. Merkel's decision to allow refugees into the country.

"It was one of the worst things that ever happened to Germany," she adds. pic.twitter.com/wm4OerUtFP

“It was the downfall of Germany, one of the worst things that ever happened to Germany – this president knows that, he’s trying to prevent that from happening here,” said Trump.

The president’s daughter was immediately faced with a wave of condemnation from leftists.

While obviously nowhere near on par with what happened during the 1930s and 40s, the outrage directed towards Trump only serves to hide the fact that Merkel’s migrant policy has indeed been a disaster for Germany.

Merkel went from being the most popular leader in Europe to one of the most unpopular, primarily because of her “refugee” policy.

According to figures from the German Federal Criminal Police Office (BKA), migrant crime targeting German citizens soared by over 23 per cent in a single year.

As Reuters acknowledged, Germany has suffered a “two-year increase in violent crime,” rising 10 per cent in 2015 and 2016. 90 per cent of that increase was attributed to “young male refugees”.

German women have also been directly targeted, such as during the mass molestation incident in Cologne and other cities on New Year’s Eve 2015, when 1,200 women were sexually assaulted, with 22 being raped.

Only a tiny number of perpetrators being the attacks were ever identified or charged.

Police are also being ordered to cover-up migrant crimes in order not to stoke tensions.

There have also been numerous high profile murders of German women by “refugees,” including that of 19-year-old Maria Ladenburger, who was found raped and drowned in October 2016.

Her murderer was Afghan migrant Hussein Khavari, who entered Germany as a refugee in November 2015.

In December 2017, another Afghan refugee, Abdul D, stabbed his 15-year-old German girlfriend to deathbecause she broke up with him.

If only leftists were as angry over these cases as they are at Lara Trump for making a silly statement on television.