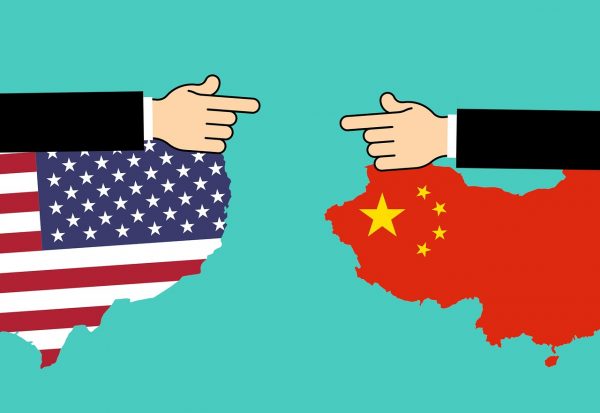 Without rare earth elements, modern society as we have come to know it would not be able to function.

In other words, without rare earth elements we would not be able to produce any of those things. And since the Chinese have such a dominant position in the global marketplace, that gives them an incredible amount of power.

Of course the Chinese understand this very well, and shortly after trade talks with the U.S. completely collapsed Chinese President Xi Jinping made it a point to visit one of the most important rare earth production facilities in China. Needless to say, the purpose of that visit was to send a very clear message to the United States. And once the Trump administration moved to cripple Chinese telecommunications giant Huawei, there was a lot of speculation in the mainstream media that China may consider cutting off rare earth exports to the U.S. in response…

The United States last week threatened to cut supplies of US technology needed by Chinese telecom champion Huawei, which Washington suspects is in bed with China’s military.

The US move has fanned speculation that Xi could impose retaliatory measures and in an indication of the importance of rare earths to the US, Washington did not include them in a tariffs increase on Chinese goods this month.

If China made such a move, it would take the trade war to an entirely different level. Some are referring to this as China’s “nuclear option”, and they will not use it lightly.

But if they do decide to go there, it will be absolutely devastating…

“China could shut down nearly every automobile, computer, smartphone and aircraft assembly line outside of China if they chose to embargo these materials,” James Kennedy, president of ThREE Consulting, wrote Tuesday in National Defense, a US industry publication.

Just consider the implications of that statement for a moment.

If China wants to do so, they could essentially shut down all auto, phone, computer and aircraft manufacturers in the United States once their existing supplies of rare earth elements run out.

If I was an executive at one of those companies, I would be hoarding rare earth elements like crazy right now.

Unfortunately, the rhetoric on both sides of this trade war just continues to intensify. This week, Chinese President Xi Jinping referred to this trade war as “the new Long March”…

“Today, on the new Long March, we must overcome various major risks and challenges from home and abroad,” state news agency Xinhua paraphrased Xi as saying, referring to the 1934-36 trek of Communist Party members fleeing a civil war to a remote rural base, from where they re-grouped and eventually took power in 1949.

“Our country is still in a period of important strategic opportunities for development, but the international situation is increasingly complicated,” he said.

Just in case the “world tech and trade war I” was not enough to send US-China relations back decades, on Wednesday the US military sent two Navy destroyers through the Taiwan Strait in its latest transit through the sensitive waterway, “angering China” at a time of tense relations between the world’s two biggest economies.

While trade war between the two superpowers is raging, so far at least there have been no shooting incidents, and yet the US seems eager to provide just the right “excuse” for a trade war to become a “kinetic” one, as Taiwan is one of a growing number of flashpoints in the U.S.-China relationship, where in addition to the increasingly bitter trade war, China’s increasingly muscular military posture in the South China Sea has prompted the United States to conducts frequent freedom-of-navigation patrols.

The longer this trade war lasts, the angrier that the Chinese are going to become.

Sadly, most Americans don’t even seem to realize that a trade war is happening, but over in China this is what everyone is talking about right now. In fact, a new song entitled “Trade War” has just gone viral on one of their biggest social media platforms…

A song titled “Trade War,” (video below) has gone viral on one the largest Chinese social media platforms, WeChat, generating more than 100,000 views amid a deepening trade war between the US and China. The song begins with a chorus singing “Trade war! Trade war! Not afraid of the outrageous challenge! Not afraid of the outrageous challenge! A trade war is happening over the Pacific Ocean!” reports Bloomberg.

You can listen to the song for yourself on YouTube right here.

If we stay on this path, relations with China are going to continue to deteriorate, and that has ominous implications for our future.

The two largest economies on the entire planet are now locked in a great struggle, and both sides are absolutely determined to emerge victorious.

It may not happen immediately, but at some point the Chinese will be very tempted to cut off all exports of rare earth elements to the United States, and if that happens we will immediately start hearing squeals of panic from many of the largest U.S. corporations.