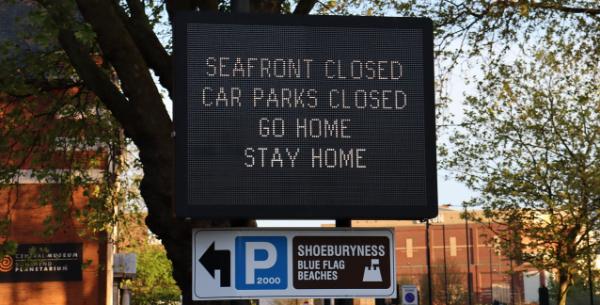 As the CON-VID-19 continues and lawsuits against tyrannical governmental overreach begin to see the light of day in the courts, the lamestream government-controlled propaganda entertainment enemedia (LGCPEE) continues to quote “old” statistics compiled by the Centers for Disease Control (CDC) while parading out government tool and less than knowledgeable National Institute for Allergy and Infectious Disease head Anthony S. Fauci to push for an extension of restrictions to include house arrests, mask wearing and business closures. Despite the lack of proof of a “new” coronavirus, the updated statistics issued by the CDC, and a physician’s association questioning withholding of Hydroxychloroquine for treatment of what can only be called “influenza”, the narrative coming from the LGCPEE and Fauci never waivers. Even though the numbers being floated indicate an increase in cases using flawed logic and a “new” method of calculation and the CDC updated its own website to indicate that only 6% of the over 200,000 deaths attributed to CON-VID-19 died of CON-VID-19 alone, the public still is inundated with false information and data to instill fear.

Now, leading epidemiologists around the world have come together creating a petition to call for the end to the house arrests of healthy individuals around the globe while calling for protections for high-risk individuals. Known as The Great Barrington Declaration, “Professors Dr. Martin Kulldorff of Harvard, Dr. Sunetra Gupta of Oxford and Dr. Jayanta Bhattacharya of Stanford announced the effort in an interview Monday with Fox News’ Laura Ingraham.” As of this writing, 3,298 medical and public health scientists, 5,049 medical practitioners, and 76,538 general public individuals have signed the document. Co-signers of the document are a veritable “Who’s Who” of epidemiologists, microbiologists, infectious disease experts, researchers, mental health scientists, and professors worldwide.

As infectious disease epidemiologists and public health scientists we have grave concerns about the damaging physical and mental health impacts of the prevailing COVID-19 policies, and recommend an approach we call Focused Protection.

Coming from both the left and right, and around the world, we have devoted our careers to protecting people. Current lockdown policies are producing devastating effects on short and long-term public health. The results (to name a few) include lower childhood vaccination rates, worsening cardiovascular disease outcomes, fewer cancer screenings and deteriorating mental health – leading to greater excess mortality in years to come, with the working class and younger members of society carrying the heaviest burden. Keeping students out of school is a grave injustice.

Keeping these measures in place until a vaccine is available will cause irreparable damage, with the underprivileged disproportionately harmed.

Fortunately, our understanding of the virus is growing. We know that vulnerability to death from COVID-19 is more than a thousand-fold higher in the old and infirm than the young. Indeed, for children, COVID-19 is less dangerous than many other harms, including influenza.

As immunity builds in the population, the risk of infection to all – including the vulnerable – falls. We know that all populations will eventually reach herd immunity – i.e. the point at which the rate of new infections is stable – and that this can be assisted by (but is not dependent upon) a vaccine. Our goal should therefore be to minimize mortality and social harm until we reach herd immunity.

The most compassionate approach that balances the risks and benefits of reaching herd immunity, is to allow those who are at minimal risk of death to live their lives normally to build up immunity to the virus through natural infection, while better protecting those who are at highest risk. We call this Focused Protection.

Adopting measures to protect the vulnerable should be the central aim of public health responses to COVID-19. By way of example, nursing homes should use staff with acquired immunity and perform frequent PCR testing of other staff and all visitors. Staff rotation should be minimized. Retired people living at home should have groceries and other essentials delivered to their home. When possible, they should meet family members outside rather than inside. A comprehensive and detailed list of measures, including approaches to multi-generational households, can be implemented, and is well within the scope and capability of public health professionals.

Those who are not vulnerable should immediately be allowed to resume life as normal. Simple hygiene measures, such as hand washing and staying home when sick should be practiced by everyone to reduce the herd immunity threshold. Schools and universities should be open for in-person teaching. Extracurricular activities, such as sports, should be resumed. Young low-risk adults should work normally, rather than from home. Restaurants and other businesses should open. Arts, music, sport and other cultural activities should resume. People who are more at risk may participate if they wish, while society as a whole enjoys the protection conferred upon the vulnerable by those who have built up herd immunity.

Their approach is focused on returning life to pre-CON-VID-19 levels to develop widespread or “herd” immunity while protecting the vulnerable. Their premise is that immunity should not be based solely upon a vaccine, but be assisted by one. It follows the standard procedure and protocol to isolate the sick and protect the vulnerable while allowing the healthy to go about business as usual.

While it is agreed that acquired immunity through exposure is best, the suggestion of continuing to use the RT-PCR test for diagnostic purposes – a purpose it was not designed to perform – should not be considered. Moreover, without proper isolation of the microorganism, there is no way to determine what is causing this type of influenza or what the test is gathering. Therefore, even the promotion of a vaccine to “assist” with immunity is still suspect. You can’t develop a vaccine for something not proven to exist while knowing that vaccines have never been proven safe and/or effective.

COVID is not a “death sentence,” Bhattacharya argued, alluding to survival rates of nearly 100% for those under 70 and nearly 95% for those who are older.

“I think we’ve created this idea in the public mind that it is something so unique and so deadly that we should utterly end all normal existence as a result of it,” he said.

“That’s not right. We can have a much better way. Protect the vulnerable. Shield them for a short period of time until we reach a level where there is population immunity,” the Stanford professor said. “And for the rest of the world, let us live our lives.”

The CDC admitted that individuals who had died of CON-VID-19 had an average of 2.6 comorbidities or more than 2 chronic diseases in addition to CON-VID-19. As mentioned earlier, the number of individuals recorded as dying of CON-VID-19 alone were only 6 %; however, that number is still suspect. Because of inexperienced individuals in infectious disease and epidemiology the likes of Fauci, Birx, and Redfield, the individuals residing in the united States were subjected to “house arrest” and draconian tyrannical rules to include business closures based upon a “projection model” that has been everything but accurate. It’s like those climate change models used by the United Nations – totally fraudulent and inaccurate.

In a startling confession, the World Health Organization (WHO) admitted that it estimated 10% of the world’s population has been infected, bringing the infection mortality rate for CON-VID-10 to 0.13% or that of the seasonal flu. For this, world economies and individual livelihoods were disrupted, damaged, and destroyed. It was the WHO’s own estimate of a 3.4% death rate from this unproven “illness” that sparked panic worldwide, mostly in the LGCPEE, government officials, and people like Drs. Fauci, Birx, and Redfield despite Fauci and Redfield publishing in The New England Journal of Medicine the infection fatality rate for CON-VID-19 was 0.1%.

Adding insult to injury, the CDC’s own data shows that influenza is deadlier in the 0-17 age group than CON-VID-19 with 480 deaths from flu in the 2018-2019 season compared with 90 deaths from CON-VID-19 from the beginning of the “pandemic” to mid-August.

Dr. Gupta estimated that a three to six-month time period would be sufficient for immunity to develop among the healthy to allow the vulnerable to resume normal living. Gupta suggests not wasting testing on low-risk populations and reserving resources for those more vulnerable. When discussing the strategy of herd immunity adopted by Sweden, Dr. Battacharya says, “I think that denying herd immunity is like denying gravity. Gravity exists and herd immunity exists.”

Yet, the measures recommended by Fauci and company, whom Trump placed in front as “experts”, have caused more harm than help. That’s painfully obvious in the number of businesses that will never reopen, the damage to the livelihood of millions of Americans, the destruction of the economy, and the additional trillions of dollars added to the debt of future generations.

To say the response Trump’s appointed team recommended and governors jumped high to implement should never have happened is beyond proven at this point. What has been done and is continuing to be recommended by a government paper pusher and medical breakthrough thief is criminal and egregious beyond the pale. There should be untold numbers of lawsuits against these criminals personally, impeachment of officials for crimes against the people, and criminal charges applied to all with prosecution to the fullest extent of the law. Moreover, those in the medical profession who continue to tow the CDC and WHO narrative by conveying old and faulty data should be held accountable as well. It is the worst of medical malpractice – withholding valuable health information from the public while deceiving the public with false data/information. But, don’t hold your breath for anything to happen. The sheeple will have to come out of their willful ignorance and cognitive dissonance to exact justice. From the looks of all those continuing to wear masks, that’s not going to happen anytime soon.

As members of the general public, you can sigh the Great Barrington Dedication by visiting gbdeclaration.org. Let your voice be heard and stand with those who are trying to at least counter the Trump-appointed frauds – Fauci, Birx, and Redfield.

Suzanne Hamner (pen name) is a registered nurse, grandmother of 4, and a political independent residing in the state of Georgia, who is trying to mobilize the Christian community in her area to stand up and speak out against tyrannical government, invasion by totalitarian political systems masquerading as religion and get back to the basics of education.
(Visited 10 times, 1 visits today)
Share
Tweet
Share
Pin