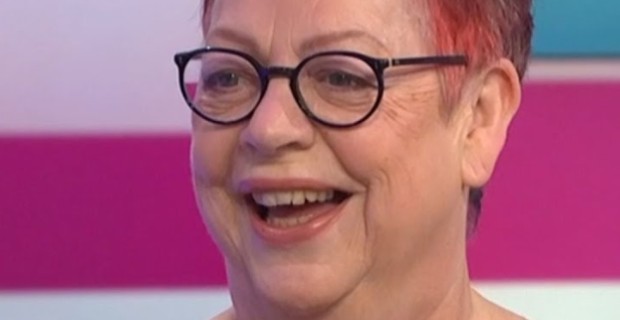 A left-wing comedian in the United Kingdom says she fantasizes about acid-attacking right-wing politicians, asking “why bother with milkshakes?”

During an appearance on Radio 4 last night, Jo Brand, who is a lifelong Labour Party supporter, tacitly endorsed political violence.

“Certain unpleasant characters are being thrown to the fore, and they’re very, very easy to hate, and I’m kind of thinking, why bother with a milkshake when you could get some battery acid?” asked Brand.

"They’re very, very easy to hate, and I’m kind of thinking, why bother with a milkshake when you could get some battery acid?"

I can feel the progressivism and tolerance from here. pic.twitter.com/fpidFjIl8J

“That’s just me, sorry, I’m not gonna do it, it’s purely a fantasy, but I think milk shakes are pathetic, I honestly do. Sorry,” she added.

“This is incitement of violence and the police need to act,” tweeted Nigel Farage, who was ‘milkshaked’ by a leftist while on the campaign trail last month.

This is incitement of violence and the police need to act. https://t.co/j3F0jsKGBZ

While Brand’s vicious suggestion may have been made in jest, there are plenty of unhinged, radicalized leftists who are only too willing to actually carry out such an attack.

As we previously reported, a left-wing activist who works for a charity called ‘Happy City’ called for Nigel Farage to be acid attacked before deleting the tweet.

“Bravo to Paul Crowther, good on you mate. Great that milkshakes have become a thing when it comes to racists in our midst,” tweeted Ruth Townsley, before adding, “I’d prefer acid but milkshakes will do for now I guess.”

So much for the tolerant left!