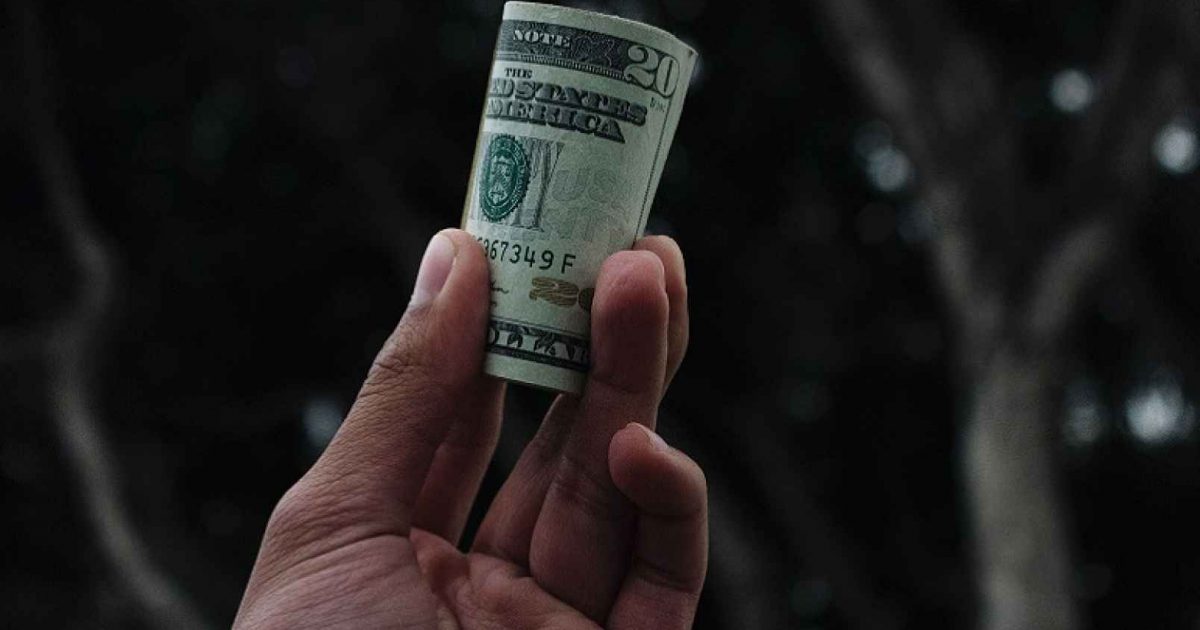 President Trump had been legitimately elected by a majority of states. The Washington Post was an establishment paper in a government city owned by a dot com robber baron. There’s nothing more undemocratic than a paper owned by the richest man in the world working to overturn an election.

American elected officials were meant to be elected by local communities to serve their needs. Instead, the Left has nationalized local races by exploiting its cultural power. And when that didn’t produce the immediate results that it wanted, began overwhelming local elections with huge piles of outside cash.

The midterm elections were the best elections that San Francisco donors could buy.

Senate Democrats picked up $220 million in out-of-state donations these midterms. That huge pile of cash also amounted to sixty percent of their haul. The majority of Dem Senate cash came from donors who weren’t living in the states they were running in, but who were trying to buy elections for them.

It’s not just Senate races being bought up by out-of-state donors. 45% of House Dem money came from out-of-state donors. And when they didn’t succeed in buying a local election the first time, they just kept on pouring in more money into a district until they got their way.

Last year, Democrats poured in $22.5 million into a special election in Georgia’s 6th congressional district. 95% of the donations came from out-of-state donors. Democrat Jon Ossoff received more donations from California than Georgia. Ossoff still lost to Rep. Karen Handel, even though her donations amounted to only a fraction of his ActBlue bucks.

But the same donors just waited a year and bought the seat for Lucy McBath in the midterms.

In October, Lucy McBath was appearing at the Writers Guild Theater in Los Angeles hosted by Hollywood royalty like Katzenberg, Tony Goldwyn and Cameron Crowe for a $500 a head fundraiser.

A large chunk of outside money behind McBath came from Michael Bloomberg. McBath touted his gun control positions and the New York billionaire’s front groups put $4.5 million behind his lackey.

That $4.5 million was a fraction of the $100 million that Bloomberg vowed to plow into the Dems.

There’s nothing democratic about Bloomberg buying the 6th the way he once bought Gracie Mansion.

In Illinois’ 13th Congressional District, Betsy Dirksen Londrigan pulled in $1.7 million to Rep. Rodney Davis’ $700K in a three month period. And then outside groups poured in nearly as much again in support of Londrigan. $300K of that money came from California.

In Nevada, out-of-state donors bought Jacky Rosen a senate seat. 85% of the radical lefty candidate’s donations came from outside the state. Of her 5 top donor zip codes, two were in New York, two in California, including Palo Alto, and the odd zip code out was in Chevy Chase, Maryland.

The media frequently airs complaints about how little political power New York and California have per capita compared to a handful of small states. These complaints are not only cynically specious, they ignore the fact that between the media’s messaging force multipliers and the bicoastal wealth being used to buy elections, political power has become as concentrated as economic and cultural power.

And that’s the opposite of democracy.

The midterms weren’t a populist wave. They were an angry tantrum by wealthy blue state donors who used their money to buy local elections as payback for having their views ignored in 2016. Instead of listening to the rest of the country, they set out to buy it, lock, stock and barrel. They found experts, consultants, strategists, programmers and organizers who would buy them other people’s elections.

Much of their money was wasted. Just ask Beto O’Rourke and his $70 million war chest. But their hysterical frenzy of spending made an undeniable impact. If you throw enough mud or money at an election, eventually it sticks. The Democrat raised nearly $1 billion to take the House.

And they took it.

$166.8 million was pumped into 30 House Democrat candidates. That’s compared to $90.7 million for the Republican candidates in those races.

The most expensive midterm elections in history paid off for Democrats. And there’s nothing democratic about that.

Democracy doesn’t die in darkness. It dies in the glare of lefty media, lefty money and lefty power which strip away local issues and local agency in Arizona, Illinois, Pennsylvania and Florida. Big blue state donors bought the midterm elections to send a message to President Trump. Many had been convinced by frenzied media hit pieces in papers like the Washington Post that action was desperately urgent.

When the Washington Post, the rest of the media and their long tail of ActBlue donors intervene in local elections, it doesn’t uphold democracy. It drowns it in the bright actinic glare of flashes and floodlights.

The media postures as a defender of democracy, but corporate media is more naturally a defender of establishments, of the nostrums and platitudes of the elites whom it serves and coddles. When it interferes in elections, it doesn’t do so for the sake of the people, but for the sake of its people.

Political elites mistrust the people and use the media to manipulate popular elections into endorsing their unpopular agendas. The mainstream media is an inherently undemocratic institution that amplifies elite voices at the expense of local communities. It claims to be democratic only because it reinterprets democracy to mean the political agendas of the Democrats rather than those of the people.

Lefties often misuse democracy to mean a set of values while actual democracy, the vox populi, is tarred as populism. But democracy isn’t a set of social issues. It’s the power shift between the voters and elected officials. Big media and blue state billionaires have shifted that balance away from local voters by buying local elections and seeking new voters when the old won’t vote their way.

If a few million in attack ads won’t influence local voters, you register new ones. If that doesn’t work, then you legalize felons. And if that won’t do it, there are the illegal aliens, and voter and ballot fraud. Buy a few secretary of state races. Set up housing for out-of-state college students. Sign up aliens to vote. And then even if the local voters don’t vote your way, it won’t matter. They’ll have been outvoted.

This isn’t democracy. But it is how Democrats have won some local races.

The shift away from local voters to a national political infrastructure is undemocratic. But it neatly fits into the larger leftist cause of centralizing all of politics (and all other areas of life) in elitist strongholds. The partnerships between elitist leaders and their local crony stakeholders act as a fig leaf for the dismantling of local autonomy with performative diversity replacing representational democracy.

The Democrats have waged an undemocratic war on democracy in the name of democracy. The midterms were the latest leftist coup against democracy. And democracy lost to the Left.