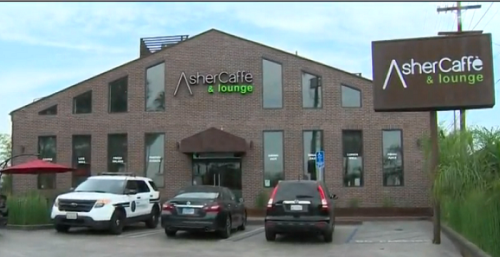 Paul Bois reports for The Daily Wire, July 19, 2018, that masked protesters hurled a barrage of feces at the Asher Caffé & Lounge coffee shop in Los Angeles’ Boyle Heights neighborhood because of the owner’s support of President Trump’s immigration policies.

The protestors succeeded in shutting down Asher Caffé’s grand opening.

Though traditionally Jewish, the neighborhood of Boyle Heights has since become predominantly Latino. Thirty people from the Defend Boyle Heights (DBH) group attended the protest. In a Facebook post, DBH referred to the coffee shop’s owner, Asher Shalom, as “an anti-immigrant trump loving gentryfier”:

“This Gentry business is trying to creep in without folks noticing that their owner is an anti-immigrant Trump loving gentryfier. If he hates immigrants so much, he can stay the f**k out of our hood! In #BoyleHeights we love and defend immigrants! Show up bring signs and show these fuckers how we stand up for our immigrant families and neighbors!”

Shalom told CBS local he could not understand what immigration has to do with his business serving coffee: “So what’s the connection? This is what I don’t understand. I’m confused — the connection between Donald Trump and good coffee.”

Born in Israel, Shalom is an immigrant who came to America 30 years ago and earned his citizenship legally. His business employs dozens of people, including immigrants. He has received two proclamations from L.A. City Councilman Jose Huizar and County Supervisor Hilda Solis for his contributions to the city.

Shalom’s son, David, said the protesters even harassed customers: “They really intensely protested and accosted all the visitors that came to our grand opening event.”

Shalom’s daughter, Yael, said the mob began throwing feces on the coffee shop’s windows: “It was very scary. There was a lot of people protesting outside wearing masks […] and they threw a significant amount of feces at our windows.”

The Daily Wire obtained this exclusive photograph from Asher Caffé, which confirms the feces-throwing did take place: