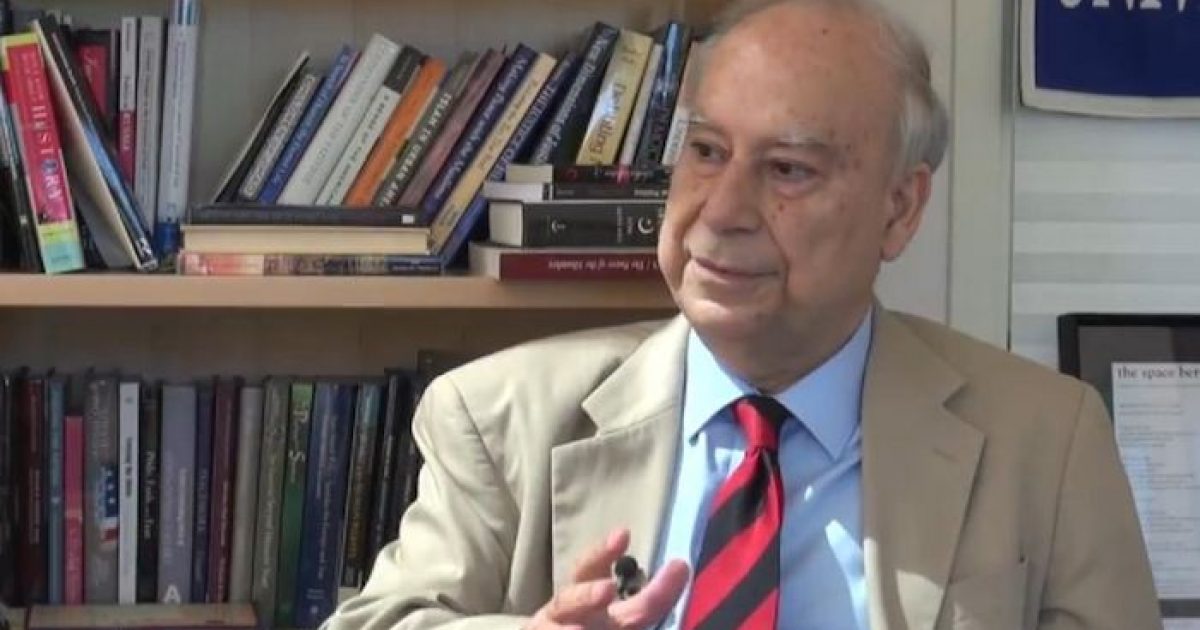 Akbar Ahmed has a sterling reputation as a “moderate” Muslim and thoughtful academic, but there is a sinister undercurrent to his new book Journey Into Europe: he calls for a “New Andalusia,” which to non-Muslims who have forgotten their own history conjures up the newly-minted historical myth of a paradise of peace and tolerance, under the benign rule of Islam. He also has recently scolded non-Muslim Europeans, writing that “Italy must remember its pluralist past.”

In reality, however, as I show in my new book The History of Jihad From Muhammad to ISIS (which you can order here), Jews and Christians in Muslim Spain and Muslim Sicily did not enjoy anything remotely close to equal rights with Muslims, and were subjected to the Sharia-mandated discrimination and harassment of dhimmitude, punctuated by occasional outright persecution, characterized by enslavement and massacres. Since Islamic law has not changed since then, one wonders what Akbar Ahmed is really recommending to credulous and unsuspecting Europeans.

Ahmed is harsh against those who oppose today’s mass Muslim migrant influx into Europe, characterizing the foes of mass Muslim migration in Italy as if they were all neo-Nazis, neo-fascists, and antisemites, with the strong implication that no one would have any reason for opposing that migration except for racism and xenophobia. He retails, in highly misleading fashion, some historical incidents, but leaves some others out. In The History of Jihad From Muhammad to ISIS, I offer some information about Islam and Muslims in Italy that Akbar Ahmed doesn’t mention.

The Muslim conquest of Sicily began in 827. By 829, the jihadi invaders had been almost completely driven off the island when they received unexpected help: an invading Muslim army from al-Andalus, led by Asbagh ibn Wakil. Although they ultimately took Palermo, the Muslims were not able to secure the eastern part of Sicily, stymied both by the ferocity of the native population and their own inability to unite their various factions. The fighting went on for decades.

In 878, the Muslims finally took Syracuse, and the booty was immense. According to the eighteenth-century historian Edward Gibbon, “the plate of the cathedral weighed five thousand pounds of silver; the entire spoil was computed at one million of pieces of gold [about four hundred thousand pounds sterling].” Along with the treasure, the Muslims enslaved over seventeen thousand Christians. The exact number is not known, but according to Gibbon, it exceeded the number of the seventeen thousand Christians who were captured when the Muslims took Taormina and were sent to Africa to lead lives of slavery.

The warriors of jihad were finally able to secure complete control of Sicily in 902. The conquerors treated their new domains with extreme severity, brutally suppressing the Greek language and forcibly converting thousands of young boys to Islam.

Later, the Sicilians were able to drive the invaders out, but the devastation they wrought was immense. Convivencia, eh?

Order The History of Jihad From Muhammad to ISIS