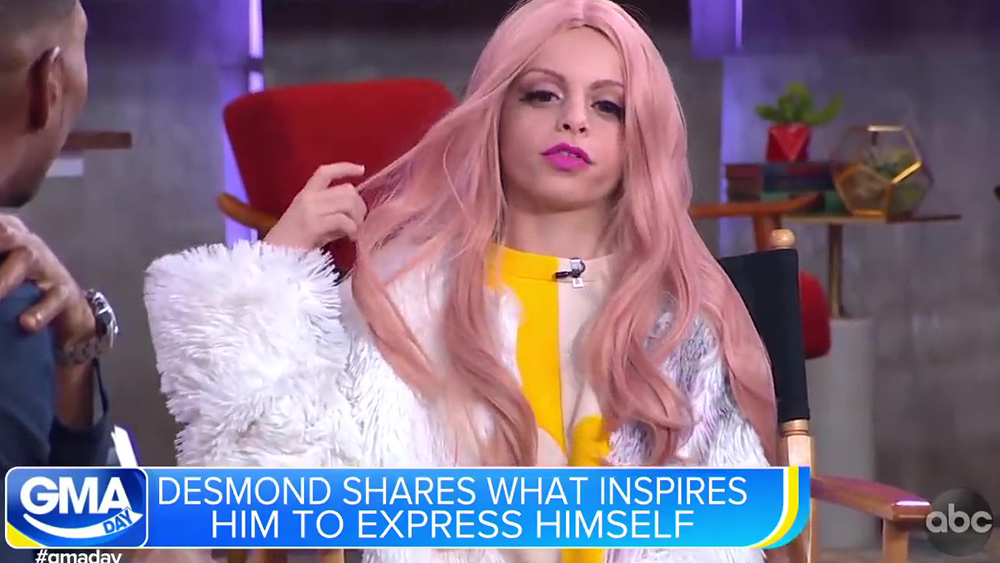 (Natural News) The United States of Sodom and Gomorrah has reached a whole new low with its newfound acceptance and even praise for the open promotion of child sex abuse within the LGBTPQ community – the “P” in LGBTPQ, of course, standing for pedophilia.

A gay bar in New York City known as “3 Dollar Bill,” which describes itself as “queer owned & operated” and claims to be “Brooklyn’s Premiere Queer Bar & Performance Venue,” has been quietly allowing an 11-year-old boy who goes by the transgender stage name of “Desmond Is Amazing” to prance around the venue like a stripper in drag while grown homosexuals and pedophiles throw dollar bills at the boy’s half-naked body.

As reported by LifeSiteNews.com, Desmond has been performing at this disgusting LGBTPQ club for some time now – the latest affront to decency and the natural sexual order by the militant LGBTPQ mafia.

“Perhaps sensing the horrific optics of the event, LGBT news sites have assiduously avoided reporting that their favorite 11-year-old drag kid ‘Desmond Is Amazing’ danced on stage in a New York gay bar while adult male patrons tossed money his way as if he were a male stripper,” writes Doug Mainwaring for LifeSiteNews.com about what’s taking place at 3 Dollar Bill.

For more news about the sick and depraved culture that typifies the LGBTPQ community, be sure to check out Gender.news and LiberalMob.com.

A man by the name of Yosef Ozia from Ozia Media was the first to break the story, publishing shocking images and video footage of young Desmond performing at 3 Dollar Bill in front of hordes of creepy LGBTPQ degenerates.

How these disturbing photos and clips were captured and shared with the public remains a mystery, seeing as how 3 Dollar Bill has a strict no-camera, no-phone policy that’s aimed at keeping the truth of what goes on there from getting leaked.

As one Yelp reviewer explains, 3 Dollar Bill requires that patrons “put your phone into a locked magnet pouch at the door, so it can’t be used while there.” He adds that visitors to 3 Dollar Bill are allowed to “slip it into your pocket but can’t get in the pouch.”

Since news about 3 Dollar Bill’s promotion of pedophilia and child sex abuse is now making global headlines, Yelp as since announced that 3 Dollar Bill’s Yelp review page “is being monitored by Yelp’s Support team” – presumably meaning the tech giant is actively pulling negative reviews that aim to shine a light on the evil activity that’s taking place there.

3 Dollar Bill bar needs to be SHUT DOWN, and its owners ARRESTED for promoting child sexual abuse

Sadly, such perversion isn’t limited to just 3 Dollar Bill. Desmond’s parents, Andrew and Wendy – and especially Wendy – have been actively pushing their young son to pretend to be a girl, dress in stereotypical drag whore clothing, and perform whatever acts are necessary to make money.

“Good Morning America” and other mainstream “news” outlets are similarly praising and promoting this blatant child sex abuse as well – which would never be allowed or ever considered to be in any way normal were Desmond a biological girl who was gyrating around on stage in revealing tank tops for adult-age perverts.

“Imagine it was an 11-year-old girl dancing sexually at a bar while a bunch of adult men hooted and hollered and tossed dollar bills in her direction,” writes Matt Walsh for The Daily Wire.

“Do you think such a sight would be applauded by anyone aside from the pedophiles in attendance? Do you think the Today Show would gush, as they did for Desmond, ‘Meet the 10-year-old ‘burlesque kid’ taking over social media with an inspiring message?’ No, of course not.”

“If a young girl were ever traipsed on stage in such a context, the establishment would be raided by the police, every adult in the building would be arrested, and the parents would go to prison and lose custody,” he adds – and he’s right.

The only appropriate response to this utterly perverse miscarriage of human sexuality and decency is for the 3 Dollar Bill bar to be raided, its owners arrested and charged for child sex abuse and pedophilia, and every patron who’s ever partaken of one of Desmond’s shows – including Desmond’s “parents” – similarly taken into custody, charged, and given maximum sentences for committing these evil atrocities against a pre-pubescent child.

“The sexual exploitation of a boy by gay men is accepted and celebrated simply because gay men are a protected class, which is yet another reason to do away with those kinds of designations and treat everyone equally,” Walsh explains.

“No protected classes or victim classes. Just people. And in this case, the people involved – parents, spectators, club owners – are despicable abusers.”

Read Lunatics.news for more coverage of left-wing lunatics who sexually abuse children for their own entertainment.