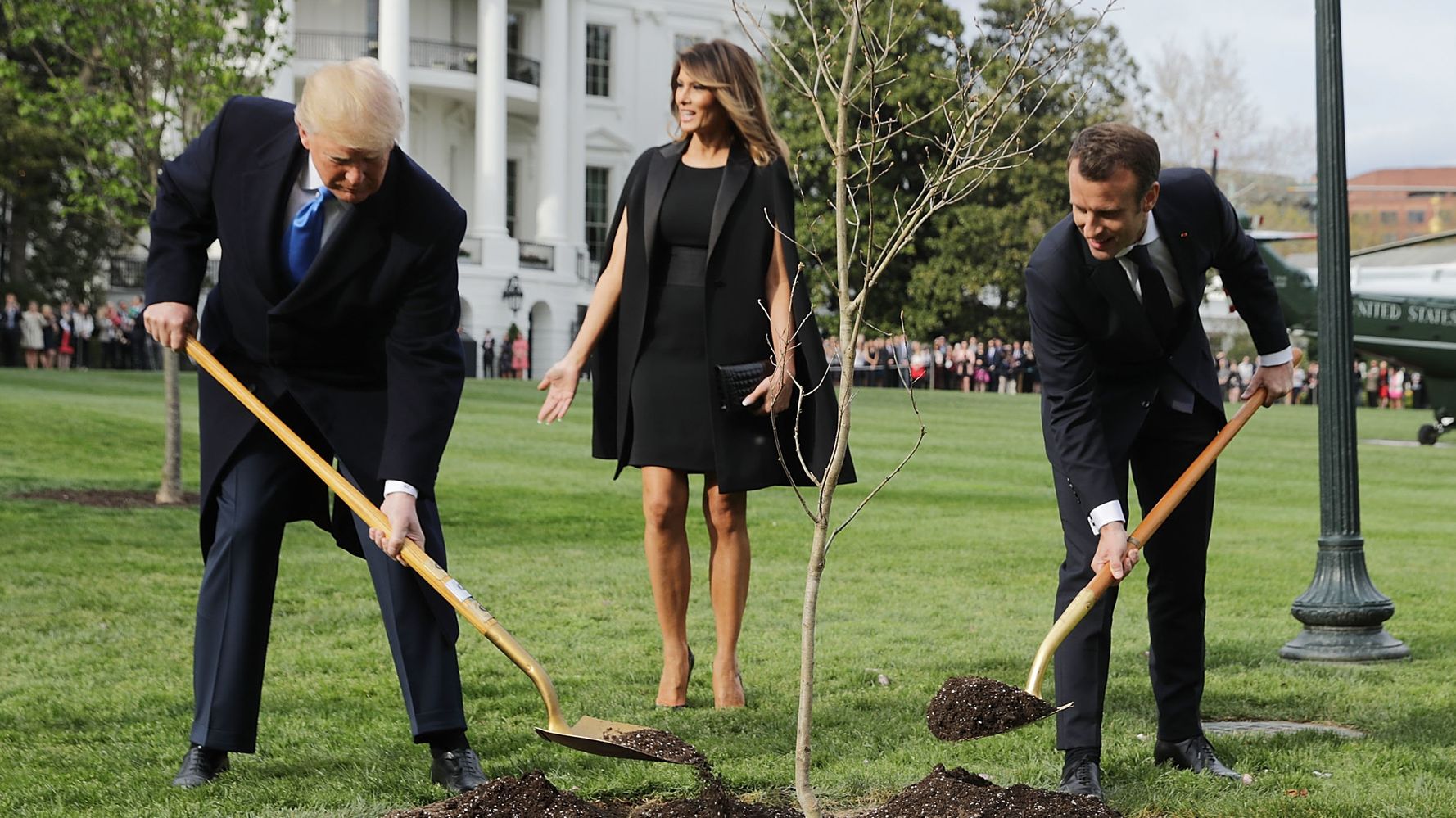 President Trump on Tuesday announced the United States will join the One Trillion Trees Initiative launched at the World Economic Forum as world leaders seek to combat climate change.

Trump made the announcement during an address to global business leaders gathered for the annual event in Davos, Switzerland.

“We’re committed to conserving he majesty of God’s creation and the natural beauty of our world,” Trump said, adding that the U.S. “will continue to show strong leadership in restoring, growing and better managing our trees and our forests.

The announcement that the U.S. will join the initiative drew some of the most sustained applause of any portion of Trump’s 30-minute speech, which focused mostly on his administration’s accomplishments and the strength of the U.S. economy. That economic message contrasted with other world leaders who used the forum to highlight issues like climate change and global collaboration.

You’d think liberals would be celebrating Trump’s acceptance that Climate Change needs to be addressed.

No, this is just more proof that liberals intend to argue the opposite of what Trump says or does, even when he acts in agreement with their agenda.

Check out what liberal rag, The Verge, wrote a few days ago.

Tree-plantingTree-planting campaigns have taken off, with everyone from YouTube creators to high-powered CEOs embracing trees as a solution to the climate crisis. But even as the arboreal campaigns have grown, dozens of scientists have warned that planting all those trees could potentially cause more harm than good. Others point to another solution with a more proven track record and that might be more deserving of global support — empowering the people who live in and safeguard forests already.

TREES JUST GOT A BIG BOOST AT THE WORLD ECONOMIC FORUM

Trees just got a big boost at The World Economic Forum this month, when the forum announced a new initiative aimed at planting 1 trillion trees around the globe within the decade to combat climate change. It’s got the backing of big names: Salesforce CEO Marc Benioff is contributing an undisclosed amount of his own cash to the effort, while his company has committed itself to planting 100 million trees. Even Donald Trump, who has thrown a wrench into US and global efforts to tackle climate change, said the US would sign onto the campaign, called 1t.org.

But the science behind the campaign, a study that claims 1 trillion trees can significantly reduce greenhouse gases, is disputed. “People are getting caught up in the wrong solution,” says Forrest Fleischman, who teaches natural resources policy at the University of Minnesota and has spent years studying the effects of tree planting in India. “Instead of that guy from Salesforce saying, ‘I’m going to put money into planting a trillion trees,’ I’d like him to go and say, ‘I’m going to put my money into helping indigenous people in the Amazon defend their lands,’” Fleischman says. “That’s going to have a bigger impact.”

Tree-planting started really trending in 2019, when a study published in the journal Science caused a commotion. It claimed that planting a trillion trees could capture more than a third of all the greenhouse gases humans have released since the industrial revolution. After the initial media blitz rallied excitement for the seemingly simple climate solution, a group of 46 scientists, including Fleischman, responded to the study with their critique.

“THOSE HEADLINES WERE WRONG

“Headlines around the world declared tree planting to be the best solution to climate change,” lead author of the critique Joseph Veldman said in a statement at the time. “We now know those headlines were wrong.” Veldman argued that planting trees where they don’t belong can harm ecosystems, make wildfires worse, and even exacerbate global warming. His critique made the case that the amount of carbon the study said 1 trillion trees could sequester was about five times too large. The study also considered planting trees on savannas and grasslands, where planting non-native trees could cause problems for local species. Planting trees on snowy terrain that once reflected the sun could even turn those places into dark patches that actually absorb heat.

The authors of the contested study stand by their work. “We are aware of no other viable climate change solution that is quantitatively as large in terms of carbon drawdown,” the authors from the Crowther Lab at ETH Zurich said in their comments published in Science last October.

To be clear, critics of the campaign are still fans of trees. They still think forests play a role in solving the climate crisis — their skepticism mostly centers around efforts to plant trees in places they weren’t before, or to plant large swaths of a single species to essentially create “tree plantations” instead of real forests. Another big concern surrounding the call for planting a trillion trees is that it could distract from other efforts to slow down climate change, like stopping fossil fuel pollution and deforestation in the first place.

Liberals just refuse to EVER agree with Trump even when he takes up one of their causes.

In typical liberal fashion, even as President Trump embraces their fake science and joins them in a cause, disagreeing with Trump is of utmost importance.

I don’t always agree with Trump, like this time, but the difference is my views don’t change with the direction the political winds are blowing.

Anyone else growing tired of this crap?