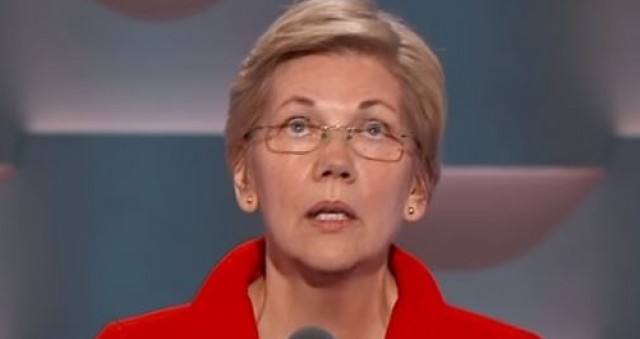 Liz Warren’s Tax Return Hoax: She Won’t Release Years When She Worked As A Lawyer For ‘Evil’ Corporations

(TNS) If Sen. Elizabeth “Fauxcohontas” Warren secures the Democratic presidential nomination next year, she’ll have a sizable number of Americans voting for her in the general election.

But all that will prove is that Garbage Party voters are the hypocrites and cultists they accuse President Trump and his voters of being because Fauxcohontas seems to have an aversion to telling the truth.

Most people paying attention to politics already know she lied about having “Native American” heritage, even to the point of including it on her Texas bar application.

More recently, she lied about sending all of her children to public school.

Now, she’s obfuscating regarding her claim to be ‘so transparent’ with her tax returns.

As Bloomberg News reports, Liz is keeping tax returns during the years she worked as an attorney for some of those “evil corporations” Leftists like her claim to hate all to herself:

The Massachusetts senator said she has disclosed 11 years of tax returns on her website, exceeding what she said was President Barack Obama’s practice of making eight years of records available. The returns cover her work on the congressional oversight panel in charge of overseeing the bank bailout of 2008, her time setting up the Consumer Financial Protection Bureau in the Obama administration and her tenure as a senator, starting in 2013.

The records don’t include her returns from work before 2008, when she was in the private sector while a law professor, in many cases representing large corporations.

“I believe that this should be a matter of law, and my plan is to follow the same practice that was set up by Barack Obama,” Warren told reporters in West Des Moines, Iowa, in response to a question about whether she would disclose older tax returns.

“I think anyone who runs for president should have to meet the same rule and that would be the eight-year rule. I’m already well past that.”

Well, then Liz will have to convince a majority of Congress and three-quarters of the states to change the Constitution because there is no requirement that presidential candidates or presidents reveal any details about their finances.

And we continue to oppose the release of tax information in general because it is very private. We have argued that President Trump’s tax returns are no one’s business but his and the IRS, and we say the same for Warren. If she wants to release them, fine; up to her.

But at least be honest about why you’re not releasing certain years’ worth of tax returns.

She won’t do pre-2008 releases because she can’t complain about “evil corporations” after making what was probably pretty darned good money representing some of them.

So hypocrisy again, but it won’t matter to most Democrat voters if she’s the eventual nominee because they’ll give her a pass.

Probably while still claiming that President Trump is a hypocrite.