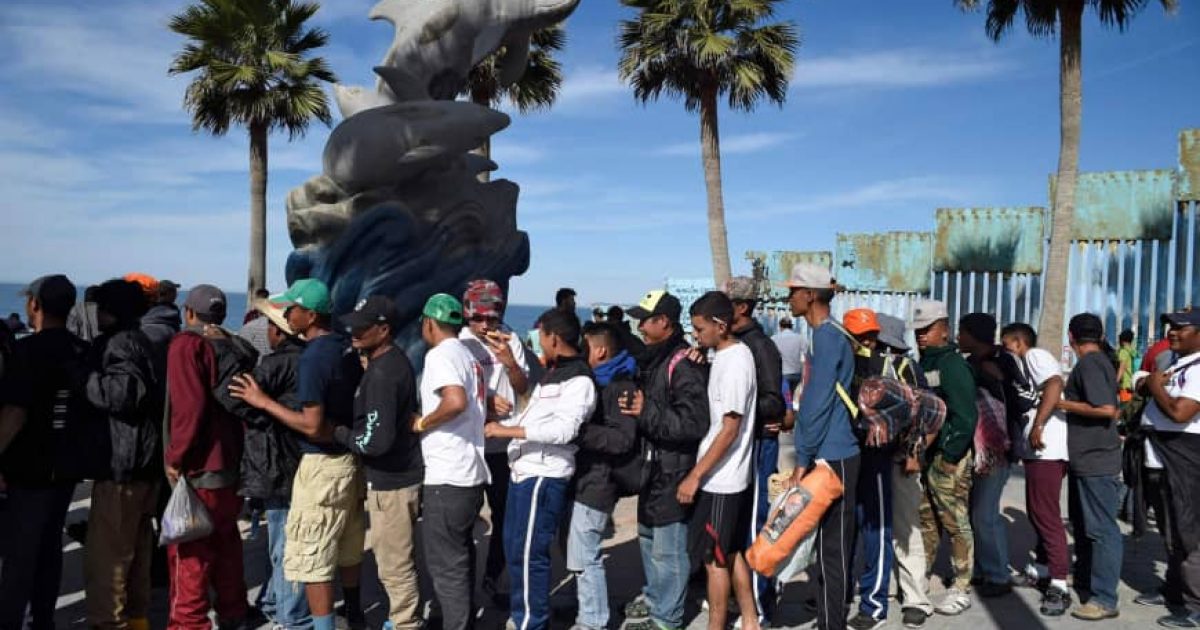 The Mayor of Tijuana described the nearly 3000 migrants that descended on their city as a “horde” and an “avalanche.” And it appears that the people in the border city aren’t happy with the massive amounts of undocumented people. A clash between the migrant and locals occurred in the last few days.

“Tijuana is a city of immigrants, but we don’t want them in this way. It was different with the Haitians, they carried papers, they were in order. It wasn’t a horde, pardon the expression. You’re going to tell me we have to respect human rights. But human rights are for law-abiding humans.” Tijuana Mayor Juan Manuel Gastelum via The Daily Caller

The Mayor has called for swift deportation. Mexico has reported that there are about 8,000 more people in “caravans” coming through the country toward the US.

The vast majority were camped at an outdoor sports complex, sleeping on a dirt baseball field and under bleachers with a view of the steel walls topped by barbed wire at the newly reinforced U.S.-Mexico border. The city opened the complex after other shelters were filled to capacity. Church groups provided portable showers, bathrooms and sinks. The federal government estimates the migrant crowd in Tijuana could soon swell to 10,000.

Tijuana Mayor Juan Manuel Gastelum has called the migrants’ arrival an “avalanche” that the city is ill-prepared to handle, calculating that they will be in Tijuana for at least six months as they wait to file asylum claims. U.S. border inspectors are processing only about 100 asylum claims a day at Tijuana’s main crossing to San Diego. Asylum seekers register their names in a tattered notebook managed by migrants themselves that had more than 3,000 names even before the caravan arrived.

While many in Tijuana are sympathetic to the migrants’ plight and trying to assist, some locals have shouted insults, hurled rocks and even thrown punches at the migrants.

The migrants could have chosen a shorter trip by heading toward Texas instead of California. But California has been more “migrant friendly.”And the border city has hosted illegals before. Many of the locals are now saying the migrants are no longer welcome. Thousands more are set to arrive in the next days. Some have requested asylum in Mexico after being offered jobs there.