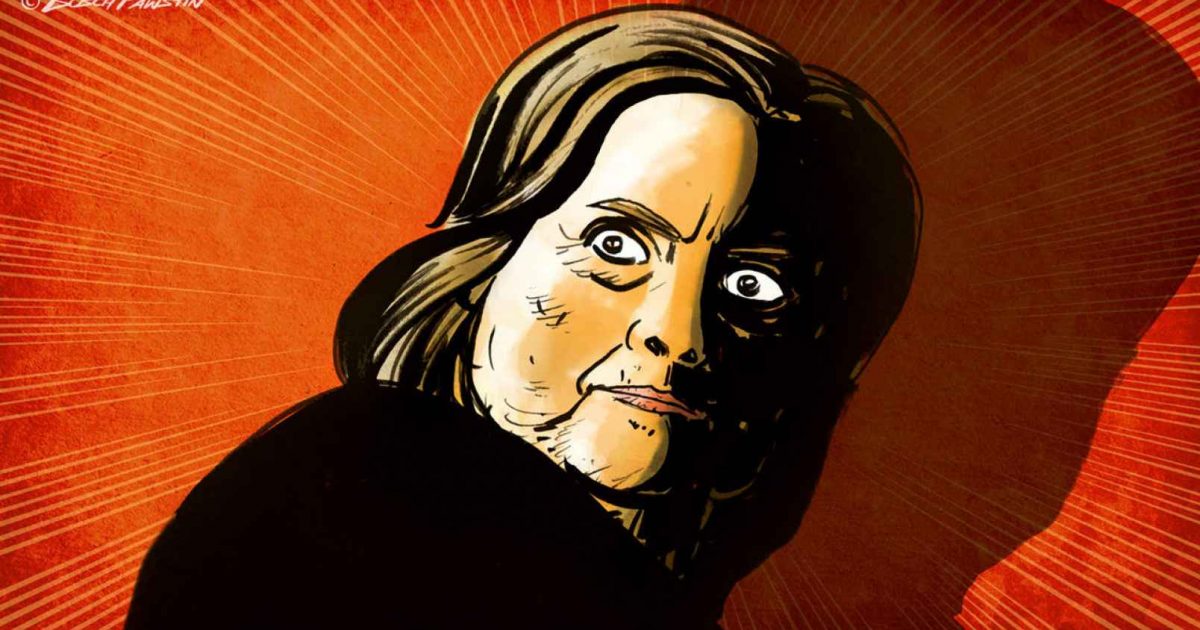 After the Mueller report plopped with a wet thud on the media, everyone is blaming everyone else.

MSNBC and CNN are blaming the fake experts they invited on and interviewed night after night, urging them to make outlandish predictions that Mueller would soon have Trump locked up for treason. Like Inspector Renault, they’re shocked that the baseless claims they had been repeating were nonsense. And a few of the experts who turned it up to 11 will no longer be invited into media green rooms.

Meanwhile, the politicians are blaming the media, even though Rep. Adam Schiff, Rep. Maxine Waters, Rep. Jerry Nadler, Rep Ted Lieu, and many other political reps were every bit as bad as the ‘experts’. Some, like Schiff, are doubling down and will go on investigating Russian collusion until the media stops inviting them on morning shows to discuss the nothing that they found last week and the week before.

Oddly, no one is blaming the political arsonist who started the dumpster fire that is Russiagate.

The Russian conspiracy theory was invented by the Clinton campaign. It was used as a pretext for spying on Trump associates. And then became an argument for invalidating the results of the 2016 election.

And while the Republicans and Democrats tore each other apart over Russiagate, Hillary Clinton sipped her chardonnays and spent the evenings cackling madly at the TV while watching Washington D.C. burn.

The Russiagate conspiracy theory had multiple purposes. The most cynical one was exempting Hillary and her Clintonworlders from any of the blame for the election defeat. Invoking Russia was also an effort to create an election issue that Clinton, a former Secretary of State, could claim expertise on. It would also neatly counter Trump’s focus on Islamic terrorists and on China with a Cold War boogeyman.

Russia split lefties along interventionist lines. Hardcore anti-war types became Russia skeptics. Most of the rest went along because they hated Trump more than they cared about foreign policy. That’s why, aside from Israel, foreign policy has mostly been absent from the 2020 battles even as the radical primaries push Democrat candidates further leftward on a wide variety of domestic issues.

That’s strikingly different from the 2016 primaries where Hillary’s opponents repeatedly attacked her over the Iraq War. This time around, Rep. Tulsi Gabbard is the only candidate to run on a leftist foreign policy platform. And has next to nothing to show for it. Even Senator Bernie Sanders, a Castro and Soviet sympathizer, is carefully steering clear of foreign policy except for the ritualistic bashing of Israel.

Why is foreign policy out of bounds? One reason is a surplus of inexperienced candidates who have spent hardly any time in national office, some who never did, squatting in the 2020 clown car. But a big part of the reason is that Hillary Clinton’s domestic positions are seen as fair game for lefty critics, but, due to Russiagate, her foreign policy people and her international positions are viewed as off-limits.

2020 candidates have a choice between endorsing Hillary Clinton’s interventionism, “We came, we saw, he died”, which would earn them the ire of grass-roots leftists, or avoiding the subject altogether. The clowns in the 2020 clownmobile car don’t want to step on Russiagate trip wires or offend the lefties.

That’s why the only safe subject to tilt leftward on is Israel.

After the Mueller report fell, they may be a little bit more willing to question interventionism, but the base remains passionately convinced that Russia plotted to put President Trump in the White House.

Hillary Clinton may not be a 2020 honored guest, but her legacy is safe. 2020 Dems will be cautious about criticizing her, not only because she still has a fan base, but because she never really lost. The election was stolen by a bunch of Russian bots on Facebook. And no lessons, except for the need to censor social media, have been learned from her defeat. Once again, Hillary Clinton got away with it.

The media deserves plenty of the blame. But MSNBC, CNN, the New York Times and the Washington Post, not to mention the outlets more explicitly tied to the Steele report, were acting as Hillary’s greedy ideological catspaws. They got rich off the hoax, but they didn’t invent it. Hillary Clinton’s people did.

Any real reckoning should begin with the mother of all the hoaxes.

But that too is very risky. Hillary Clinton tied in Obama’s people into the conspiracy. Any reckoning of Hillary’s role in Russiagate would rebound and take down sizable chunks of the Obama administration.

Once again, Hillary Clinton used complicity, tying multiple interests into mainstreaming her hoax, that her lie had become too big to fail. Like the banking system, it would take too much down with it. The media is a safer target. Its only collateral damage is its non-existent credibility. Obama’s people however committed actual crimes. Eavesdropping on the political opposition is redolent of Watergate.

And while the Dems no longer need Hillary, they very much need Obama. Especially if the top of the 2020 ticket ends up being a white New Englander with as much appeal to black people as mayonnaise.

Take down Hillary over Russiagate, and Obama goes with her. It’s safer to just leave her alone.

Any meaningful reckoning of the Russiagate hoax won’t end with the media. It will follow it through Fusion GPS, the DNC, and Clinton associates who hoped to swing the election with one last dirty trick. It will trace the passage of the Clinton conspiracy theory through the DOJ and the FBI. It will measure the institutional damage inflicted on the government, not just the permanent tainting of the 2016 election.

Nobody complicit in Russiagate is about to allow that to happen. And so everyone, from the media on down, is willing to be Hillary’s fall guys instead. The Clintons have never had a shortage of those.

Hillary Clinton’s political career is over. But despite the odds, she’s managed to evade blame not only for her crimes, but for her terrible political instincts and failures. And she is able to sit back and watch Democrats and Republicans still fighting it out over a game that she set into motion years ago.

It’s hard not to believe that she doesn’t feel glee at the damage she is continuing to inflict on America.

Russiagate was not a media failure. The media these days is just a Democrat messaging operation. Its broadcasts and articles exist to promote the partisan agendas of its political faction. Holding the media accountable for spreading smears, lies and conspiracy theories is like blaming the dog, instead of the owner, when it makes a mess on your lawn. The media makes messes, but it doesn’t originate them.

MSNBC, CNN and the Washington Post can’t and won’t clean up the Russiagate mess. The only one who can is a retired politician dictating books, doing speaking tours and watching TV in her home in Chappaqua, New York. She is also the only person to have escaped a Russiagate reckoning.

Unlike her fellow Democrats, she has nothing at stake in this post-Clinton political order and is happy to watch the country burn, and her party with it, to slake the frustrated anger of her final defeat.

Russiagate is Hillary Clinton’s revenge on everyone. On Trump, on Republicans, and on her own party. If she can’t have the White House, she can still set the agenda by watching her big lie take over the national conversation, hounding Trump and forcing the Dems to fight her war using her last dirty trick.

The only way to stop the damage that the last two years have inflicted on our country is to hold Hillary, Obama, their associates and officials accountable for the catastrophic dirty trick known as Russiagate.