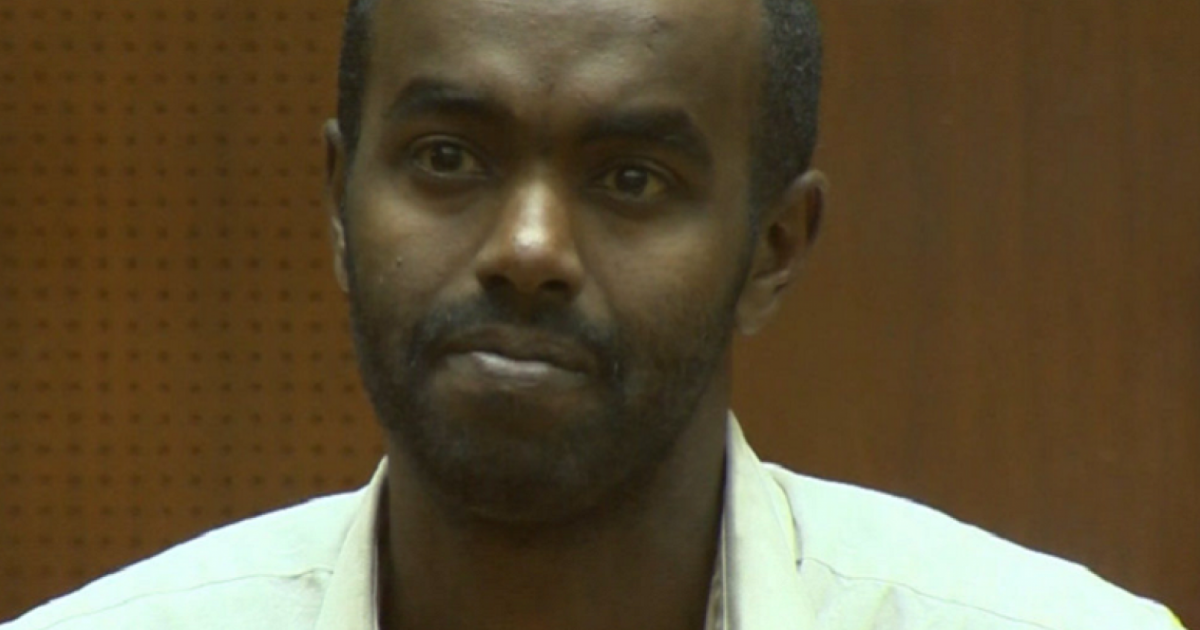 The Los Angeles Times reported Friday that “criminal proceedings against a Seattle man accused of trying to run over two Jewish men outside a Los Angeles synagogue have been suspended amid questions about his mental competency, officials said.”

The “Seattle man” in question is Mohamed Abdi Mohamed, a naturalized U.S. citizen from Mogadishu, Somalia. According to the Times, Mohamed “was arrested Nov. 23 after police say he shouted anti-Semitic slurs toward a crowd of worshippers exiting Congregation Bais Yeshuda in Hancock Park. Investigators said Mohamed tried to run down two men with his car before speeding away and crashing.”

However, “Mohamed’s family has said he holds no hatred toward the Jewish community or any other groups,” and of course their claims are to be taken at face value, with no investigation or further inquiry. Any other course of action would be “Islamophobic.”

The Times added: “The FBI has been assisting in the investigation, but authorities have said they have no evidence of links between Mohamed and any known terror or hate groups.” What’s more, “he was diagnosed with schizophrenia in 2015 and has been treated at mental health facilities in the Seattle area at least twice in recent years.”

Well, then, this must be an open-and-shut case of mental illness, right? No jihad, no Islamic anti-Semitism, right?

Maybe not. If Mohamed Abdi Mohamed is schizophrenic, why did he act out in this way, screaming “anti-Semitic slurs” while trying to run over Jews? Could it have something to do with the fact that his religious and cultural frame of reference includes the Qur’an?

Remember, Mohamed Abdi Mohamed had a Qur’an on his dashboard when he tried to run down these men. The Qur’an depicts the Jews as inveterately evil and bent on destroying the well-being of the Muslims. They are the strongest of all people in enmity toward the Muslims (5:82); they fabricate things and falsely ascribe them to Allah (2:79; 3:75, 3:181); they claim that Allah’s power is limited (5:64); they love to listen to lies (5:41); they disobey Allah and never observe his commands (5:13). They are disputing and quarreling (2:247); hiding the truth and misleading people (3:78); staging rebellion against the prophets and rejecting their guidance (2:55); being hypocritical (2:14, 2:44); giving preference to their own interests over the teachings of Muhammad (2:87); wishing evil for people and trying to mislead them (2:109); feeling pain when others are happy or fortunate (3:120); being arrogant about their being Allah’s beloved people (5:18); devouring people’s wealth by subterfuge (4:161); slandering the true religion and being cursed by Allah (4:46); killing the prophets (2:61); being merciless and heartless (2:74); never keeping their promises or fulfilling their words (2:100); being unrestrained in committing sins (5:79); being cowardly (59:13-14); being miserly (4:53); being transformed into apes and pigs for breaking the Sabbath (2:63-65; 5:59-60; 7:166); and more. They are under Allah’s curse (9:30), and Muslims should wage war against them and subjugate them under Islamic hegemony (9:29).

So what if he is schizophrenic, and deeply troubled by matters both real and imagined, and decides that he can get into Allah’s good graces by killing some Jews? That possibility will not be considered. But it should be. Islam attracts the psychically marginal, as it provides them with a justification of and blessing for their impulses to rage, hatred and violence. Not only does Islam give those impulses a holy aura, but it also gives a tormented soul the chance to find some peace – through jihad violence against unbelievers. “Fight them; Allah will punish them by your hands and will disgrace them and give you victory over them and satisfy the breasts of a believing people, and remove the fury in the believers’ hearts.” (Qur’an 9:14-15)

Could Mohamed Abdi Mohamed have been trying to remove the fury from his heart by fighting unbelievers? Given the denial and willful ignorance of Los Angeles authorities, we may never know.