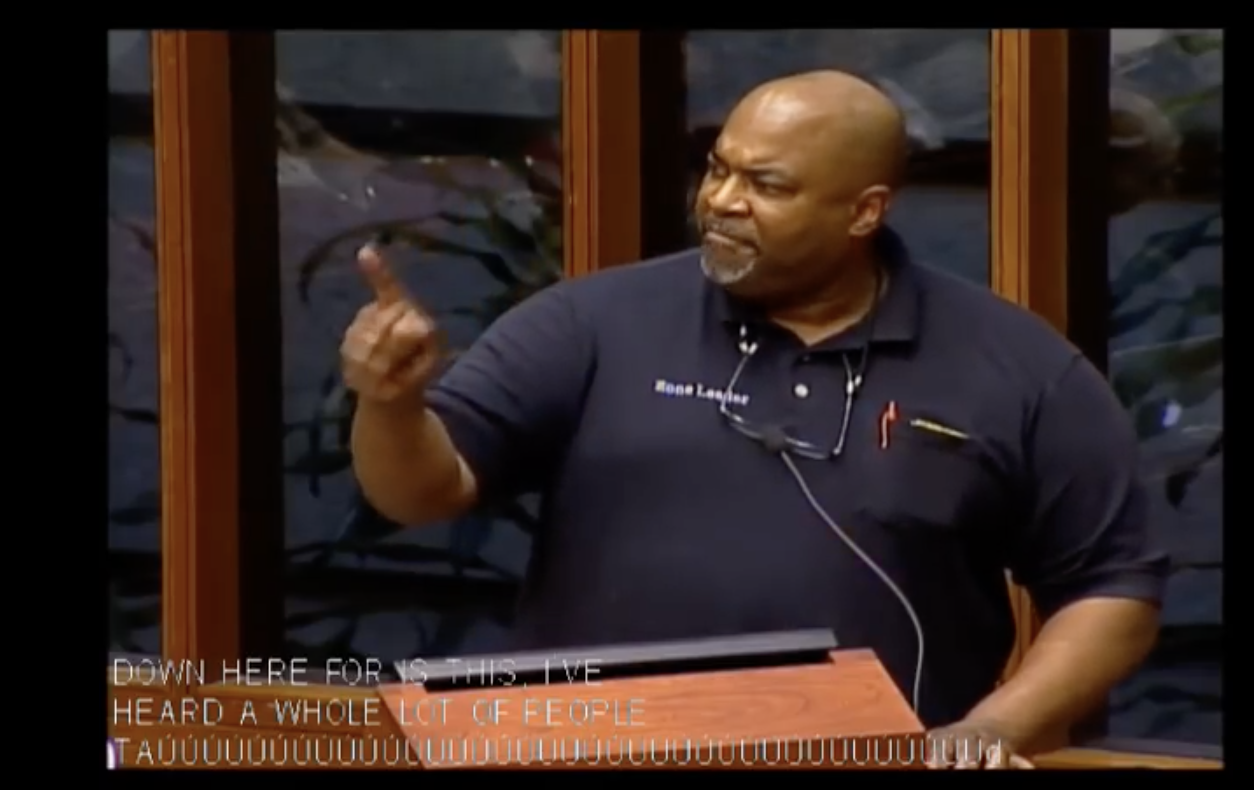 (Natural News) In a laudable display of unrelenting fortitude and conviction, North Carolina Lt. Gov. Mark Robinson is standing firm in defense of “controversial” statements he recently made concerning how public school children should not be learning about homosexuality, transgenderism and other such “filth” in the classroom.

For those who missed it, Robinson appeared at Asbury Baptist Church in Seagrove, N.C., back in June where he preached about the evil that is being taught in America’s public schools. Our country’s youth are being indoctrinated into accepting LGBTQ perversion as normal, he suggested, and such content simply should not be part of children’s school curriculum.

“There is no reason anybody anywhere in America should be telling any child about transgenderism, homosexuality, and of that filth,” Robinson said in the sermon.

“And yes, I called it filth and if you don’t like that I called it filth come see me and I’ll explain it to you. It’s time to stop letting these children be abused at these schools and it’s not going to happen until the people of God stand up and demand different.”

After video of the sermon circulated, Robinson was “viciously attacked,” he says, by the media and leftist politicians. Robinson was accused of being an intolerant bigot, and many are now demanding that he step down from his position in government and walk away in shame.

Robinson has indicated that he will do no such thing, however. He recently recorded a video update in which he reiterated that he will not be resigning, nor will he allow himself to be “bullied by the immoral left” into changing his rhetoric about this important issue.

“For several days now, I have been viciously attacked,” Robinson states in the video. “The idea that our children should be taught about concepts of transgenderism and being exposed to sexually explicit materials in the classroom is abhorrent.”

Children do not need to be sexually perverted at public school

Robinson responded to Jackson with claims that his comments aim to “boost his losing campaign for Senate,” as Jackson is currently running. He also reiterated that he does not plan to resign and will continue to “fight for the rights of our children to receive an education that is free from sexual concepts that do not belong in the classroom.”

Many on the right are proud of Robinson for speaking out about this issue. School is supposed to be a place where children learn and get an education, not where they go to learn about sex positions and how to cut off their genitals to be their “true selves.”

“Finally, an honest and forthright man saying what a great many of us think and not backing down,” wrote one commenter at Citizen Free Press. “Go to it Mr. Robinson.”

“I don’t even want children viewing explicit sexual pictures involving heterosexual acts. I am so glad this man is taking a stand for the kids! No wonder so many are confused. It’s like they are being primed for pedophilia. All of it needs to stop.”

More related news about the Cult of LGBTQ and its agenda to pollute and destroy the next generation can be found at Evil.news.