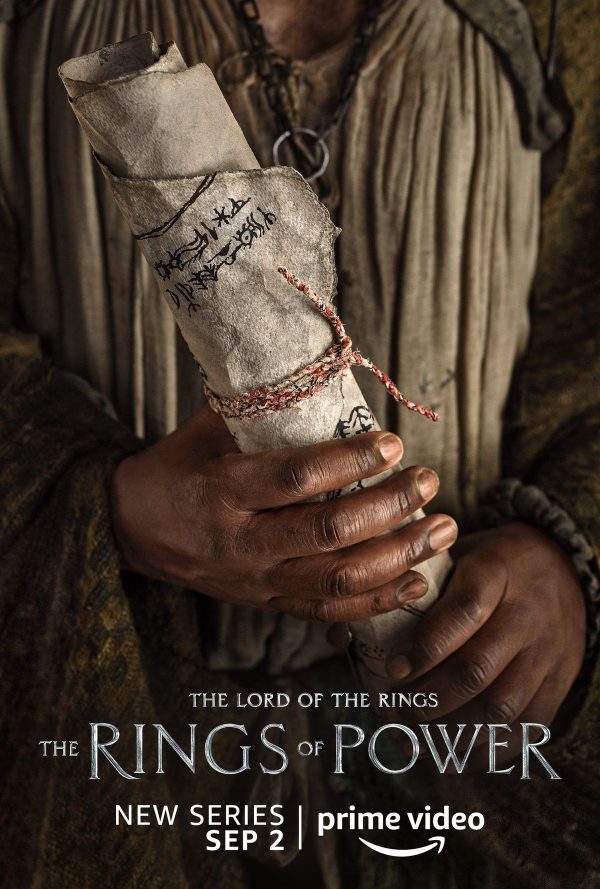 Lord of the Bling.

In a first-look profile of Amazon’s eagerly anticipated The Lord of the Rings TV series, The Rings of Power, the project’s creative team had some words about online trolls who have been outraged that the show will feature a far more diverse cast than Peter Jackson’s trilogy of films.

“It felt only natural to us that an adaptation of

Tolkien’s work would reflect what the world actually looks like,” executive producer Lindsey Weber told Vanity Fair, which also published several new photos from the series. “Tolkien is for everyone. His stories are about his fictional races doing their best work when they leave the isolation of their own cultures and come together.”

Added Tolkien scholar Mariana Rios Maldonado, “Who are these people that feel so threatened or disgusted by the idea that an elf is Black or Latino or Asian?”

The story follows the Second Age of Middle-earth’s history and includes storylines about an elf named Arondir, played by Ismael Cruz Córdova — the first person of color to play a Tolkien elf onscreen — and a dwarven princess named Disa, played by Sophia Nomvete — the franchise’s first female dwarf, as well as the first Black woman to play a LOTR dwarf. In addition, there are familiar characters such as younger versions of elven favorites Galadriel (Morfydd Clark) and Elrond (Robert Aramayo).

Two types of beloved characters have been restricted from the series, however: Wizards and hobbits, “who weren’t major players in the Second Age.” The production will still have hobbits, of a sort, by including hobbit ancestors called harfoots, but they will have a peripheral story “in the margins of the bigger quests.”

Major settings in the show include the dwarf mines of the Misty Mountains (at the height of its glory before it fell into darkness and ruin), the elven kingdom of Lindon, and the island of Númenor. There are more new details about the series in the VF profile.

The news comes as Amazon prepares to unleash its teaser trailer for The Rings of Power during Sunday’s telecast of Super Bowl LVI.

The Lord of the Rings: The Rings of Powerfollows the forging of the original rings of power that allowed the Dark Lord Sauron to spread darkness across Middle-earth.

According to Amazon, the show “brings to screens for the very first time the heroic legends of the fabled Second Age of Middle-earth’s history. This epic drama is set thousands of years before the events of J.R.R. Tolkien’s The Hobbit and The Lord of the Rings and will take viewers back to an era in which great powers were forged, kingdoms rose to glory and fell to ruin, unlikely heroes were tested, hope hung by the finest of threads, and the greatest villain that ever flowed from Tolkien’s pen threatened to cover all the world in darkness. Beginning in a time of relative peace, the series follows an ensemble cast of characters, both familiar and new, as they confront the long-feared reemergence of evil to Middle-earth. From the darkest depths of the Misty Mountains, to the majestic forests of the elf-capital of Lindon, to the breathtaking island kingdom of Númenor, to the furthest reaches of the map, these kingdoms and characters will carve out legacies that live on long after they are gone.”

Amazon’s Lord of the Rings: The Ring of Power will be the streaming services version of Cutthroat Island, The Adventures of Pluto Nash, and Battlefield Earth on steroids.

A bomb of epic proportions.

Cherish Peter Jackson’s trilogy that came out in 2001 – 2003, for The Fellowship of the Ring, The Two Towers, and Return of the King represent the pinnacle of western cinema.