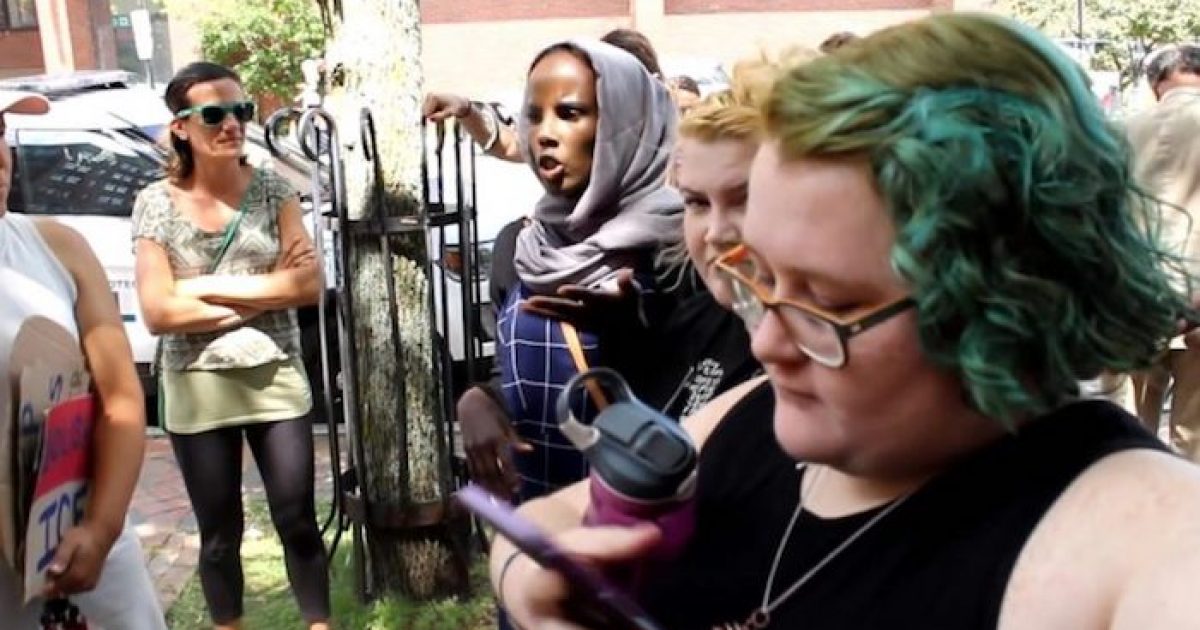 Victimhood is big business: insofar as they can claim protected victim status for Muslims, Islamic supremacists can deflect unwanted scrutiny and any critical examination of how jihadists use Islamic texts and teachings to justify violence and supremacism.

That’s most likely why Hamas-linked CAIR and others have not hesitated to stoop even to fabricating “hate crimes.” They want and need hate crimes against Muslims, because they can use them for political points and as weapons to intimidate people into remaining silent about the jihad threat, for fear of being charged with “Islamophobia.”

A Somali Muslim Social Justice Agitator with a history of stirring up trouble in Maine is at it again.

Hamdia Ahmed appears to be on a mission to get all Maine baristas fired.

In her latest publicity stunt, Ahmed made a scene at a Portland Dunkin Donuts — claiming a staffer had discriminated against her.

First, there was the below exchange at the drive-thru. Conveniently — and typical of Ahmed’s accusations — her video picks up AFTER the alleged discrimination, and shows her bullying an employee. Ahmed “coincidentally” cuts the video off the moment after the employe threatens to call the cops.

The University of Southern Maine student claims she was politely speaking to her family in the car in her native tongue, when the older lady over the intercom demanded she stops yelling and leave.

In the video, the lady seems relatively calm, though she was clearly frustrated with the conversation and ready to move on. Whereas it was Hamdia doing all the yelling.