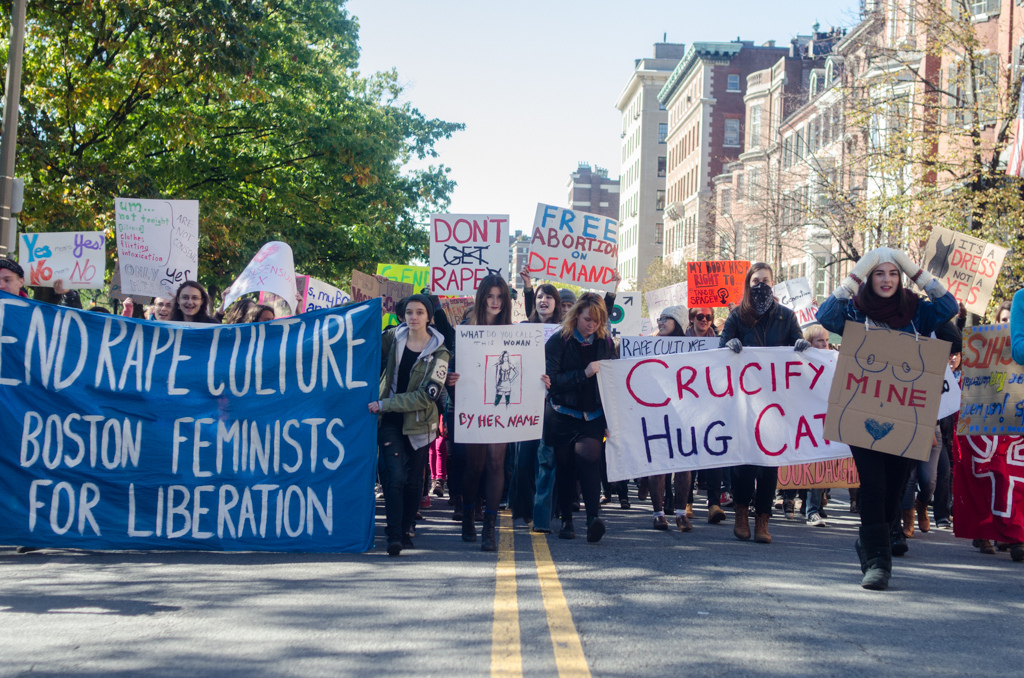 (Natural News) If it props women up on a pedestal at the expense of men, you can be sure that Western culture is now glorifying it to the max as contributing to the greatest of Leftist “virtues:” female dominancy and supremacy. But this pervasive spirit of Jezebel, also known as toxic feminism, is rarely addressed amid all the “progressive” belly-aching about so-called “toxic masculinity,” a mythical concept invented by man-hating misandrists who would love for nothing more than the total annihilation of true manhood from society.

In a powerful editorial he penned for a recent issue of his school’s newspaper, San Diego State University (SDSU) freshman and “budding philosopher” Jermelle MacLeod addressed this disturbing phenomenon at length. Besides completely debunking the anti-male concept of “toxic masculinity,” MacLeod warned that the real threat to societies and civilizations everywhere, and most urgently in the West, is the unmitigated spread of toxic feminism.

“Traits that one person considers toxic, may not be to another person; the entire phrase is based on a subjective scale with absolutely no objective ground and is used as a shaming tactic for ‘modern feminists’ and anybody else buying into their horrible rhetoric,” he added, his words embracing the masculine trait of boldly telling the truth without fear.

As published in The Daily Aztec, MacLeod’s much-needed critique of toxic feminism reveals, once again, how the true feminist agenda isn’t about creating “equality” between the sexes as its adherents claim. It’s rather about destroying all men who embrace their God-given masculine traits, and replacing them with women and all things feminine.

“We have so many people talking about toxic masculinity, but so few talking about toxic femininity,” MacLeod rightly pointed out in his article, adding that “any man who goes against the grain is shamed (by toxic feminists) for doing so, so they lose their sense of individuality and they’re forced to succumb to the nonsense that the left is putting out.”

The West is destroying men and their manhood: Are there any real men left willing to fight against it?

The disastrous consequences of toxic feminism are already evident all around us, as brave, independent, and loyal men who aren’t afraid or ashamed to speak their minds and stand up for what’s right have all but gone extinct. In their place are hordes of “empowered” women and emasculated males, most of whom would seem to have embraced the lie of LGBTQP, running the show.

“The problem is, by shaming men on a completely subjective scale, you intimidate, which is exactly what the left and most ‘feminists’ want, they want to intimidate the men that go against the grain and reject the weak and feminized version of men you see portrayed everywhere,” is how MacLeod puts it.

“I believe there are toxic people, but to make an entire term for men and to keep cramming it down the throats of men is biased, bigoted and a result of brainwashing,” he adds.

While it’s great that MacLeod is doing his part to correct a foundational tenet of civilization gone horridly awry, as is this writer, we’re just a few drops in a very large bucket. Meanwhile, the spirit of Jezebel continues to run roughshod over the next generation of men, many of whom may never know what a real man is like, seeing as how true male role models in Western society have gone the way of the dodo bird.

“It’s under attack because all those things are inherently individualistic, and they go against a lot of what is being preached nowadays, which is fearfulness, sensitiveness, timidity, and it’s the exact opposite of what’s being pushed right now.”

You can peruse more of MacLeod’s work at the Good Men Project website, as well as on MacLeod’s personal Medium blog.