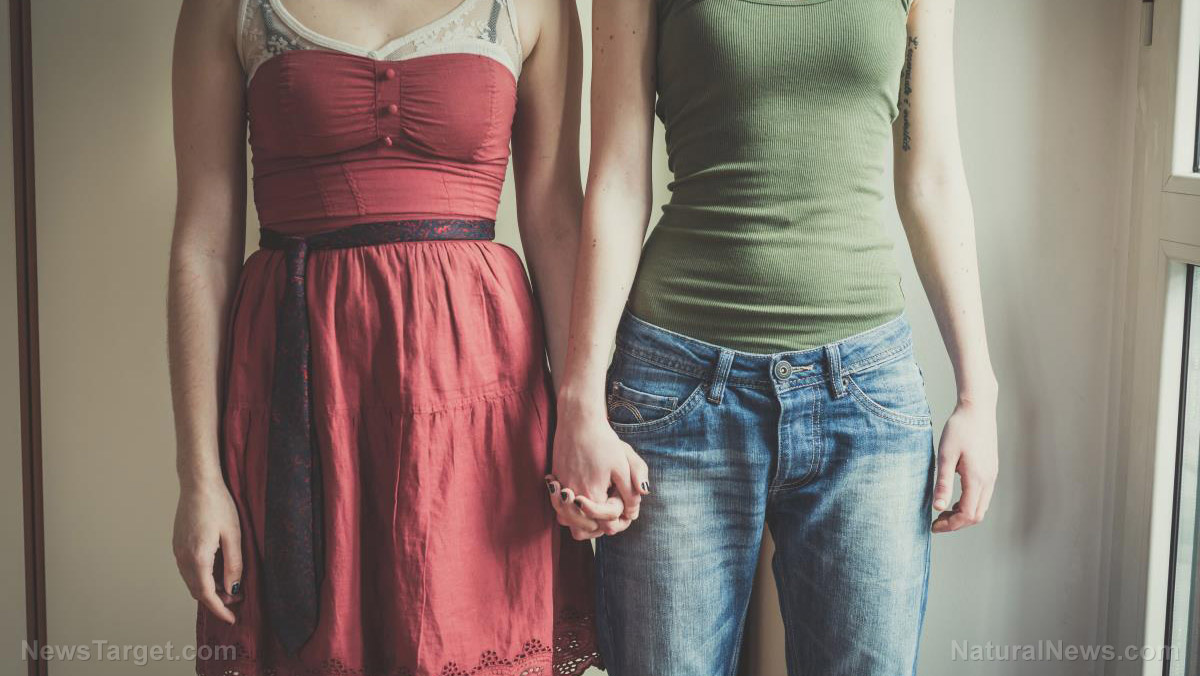 (Natural News) Go ahead and file this one in the strange category.

A 37-year-old man from the United Kingdom with a rare and incurable genetic condition reportedly impregnated multiple lesbians, delivering to them 15 children collectively, without first informing them that the offspring would turn out to have developmental delays and low IQ.

The lesbians responded to social media posts that James MacDougall shared about offering up his services to LGBTs wanting to have children. After doing the deed, MacDougall tried to gain legal access to the children, only to be called out for deceiving the lesbians into bearing his genetically damaged children.

A Family Court battle that MacDougall had hoped would result in him being awarded access to four of the children essentially backfired. He initially signed an agreement saying he did not want access to the children but later changed his mind.

After trying to pursue the issue further through legal means, MacDougall received a smackdown from Mrs. Justice Lieven, sitting at Derby, who ruled that he should not have access to his children because it might cause them harm.

The judge also announced in a highly unusual move that MacDougall’s name should be plastered all over the place to protect other women from falling victim to his low-IQ spawn. (Related: Remember back in late 2019 when Hollywood pandered to lesbians by depicting Jesus Christ as a lesbian woman?)

This would all be hilariously ridiculous if children were not involved

We are told in media reports that MacDougall wanted to be a sperm donor but could not go through a normal clinic because he has Fragile X syndrome. So instead, he privately offered his services online to unsuspecting lesbians.

One lesbian, a 25-year-old, contacted MacDougall, mated with him, and bore not one but two children. At the time, MacDougall procured her with a three-page document that was filled with “legalistic language,” obfuscating his true intentions.

The essence of the document was an agreement that MacDougall would not have any rights over the children, including the right to contact them. The document also explained on page 3 that MacDougall does, in fact, have Fragile X syndrome.

The 25-year-old lesbian claims she has “problems reading” and is “extremely vulnerable,” and failed to notate all these things before signing. She admitted in court that she did not “read that far” into the agreement before affixing her signature to it.

After the lesbian gave birth to the first child, she contacted MacDougall, who had already been visiting regularly, in order to petition him for a second child. This is when things got even weirder.

The lesbian claims that MacDougall made inappropriate sexual comments to her, rubbed his genitalia against her, and showered with the child several times. On another occasion, he reportedly attacked her and bruised her neck and back.

The now-three-year-old, meanwhile, cannot talk and demonstrates “challenging” behavior. And now the lesbian has a second child, a boy, who will likely develop the same brain and behavior problems.

To make a long story short, MacDougall tricked a number of lesbians into letting him impregnate them, with both parties selfishly trying to get children out of it for their own satisfaction and pleasure. Now, real-life children have been brought into the world in the most screwed-up of circumstances.

“Yup, let’s completely ignore societal conventions that have been in place since the dawn of civilization for the creation and welfare of children,” wrote someone at the Daily Mail (UK) sarcastically. “WHAT COULD POSSIBLY GO WRONG?”

Another expressed sorrow for the children, lamenting the fact that they have had a “completely dreadful start in life.”

“Sadly,” this person added, “I blame the mothers for putting their needs before that of a child.”

More related news stories can be found at Twisted.news.