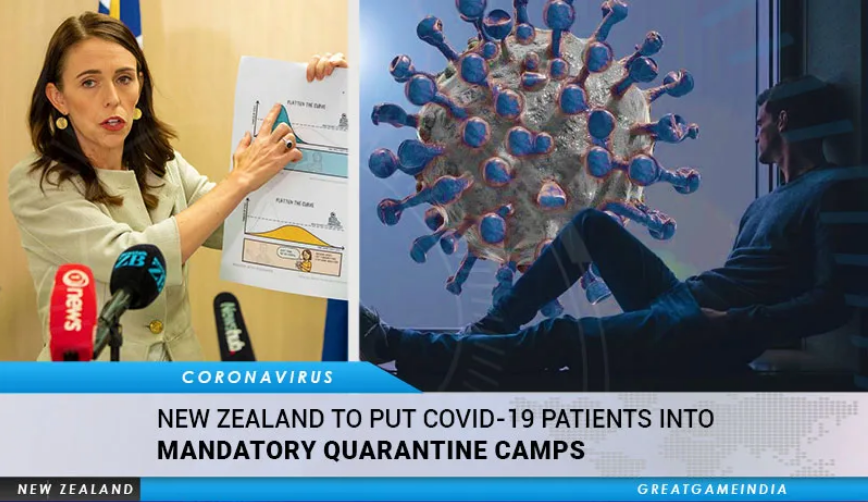 (Natural News) After outlawing firearms possession by citizens, New Zealand’s government is now exploiting its power monopoly to roll out mandatory quarantine camps for people who might be infected with COVID-19. And some people will never be allowed to leave those camps, the NZ Prime Minister insists.

The new medical fascism rules will ensnare family members of people who test positive for COVID-19, even though nearly all the testing being conducted around the world is unreliable and routinely produces false positives. It’s now clear that the coronavirus pandemic is being weaponized by globalist-minded bureaucrats to enslave the masses in preparation for a global vaccine depopulation initiative.

“Dr Askley Bloomfield says the mandatory quarantine will apply to both new cases and, if necessary, close family members who might be at risk,” reports Great Game India. “New Zealand’s Prime Minister Jacinda Ardern in a Facebook live video explained in detail how each and every activity will be monitored in these camps and those that refuse to be tested would be forced to stay in the camps for a longer duration.”

Ardern explains that if you refuse to be tested, you will be indefinitely imprisoned and never allowed to leave the quarantine camp:

We are quarantining everyone. Now we are also mandating testing. That makes us the most stringent in the world. There are countries that are requiring self-isolation; we’re taking it a bit further.

If anyone moves into a common area or is getting some fresh air, which is all monitored no one can do that on their own. They can only leave or be in a space to get a little bit of fresh air if they are supervised, because of course it’s a quarantine facility.

We have put in millions of dollars into supporting that to happen.

Behold the face of an evil tyrant who imprisons people over fake COVID-19 tests: 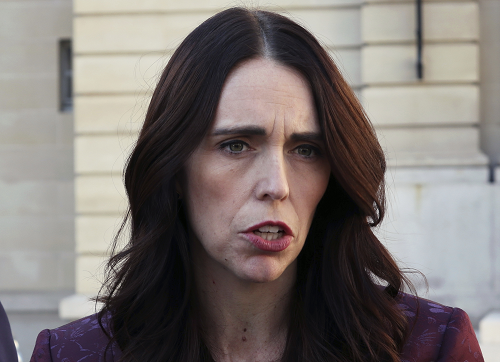 “Quarantine camps” are actually death camps in the making

Six months ago, nobody living in the USA, Canada, Australia or New Zealand could have imagined mandatory, authoritarian quarantine camps where prisoners aren’t allowed to leave unless they submit to mandatory testing via fake (rigged) COVID-19 testing kits that produce nearly all false positives.

Yet today, this has become reality in New Zealand, just as we long warned would happen.

Now, the next step is the gentle art of turning these “quarantine camps” into death camps.

That’s what’s slated for humanity next, and New Zealand is the testing ground to determine if anyone will resist the global death camps that will run extermination ovens 24/7 to eliminate as many human beings as possible.

As part of this genocide against humanity, various governments and universities are already turning people against each other by offering rewards for those who turn in “anti-maskers.” Soon, those programs will be enhanced to catch “anti-vaxxers,” who will of course be arrested, thrown in FEMA camps and systematically executed. All the executions will be counted as “COVID-19 deaths” in order to keep the scamdemic momentum going, pretending like all the dead bodies are people who died from the coronavirus. (When you see many of the bodies with their heads missing, you’ll know it isn’t covid.)

If humanity does not rise up soon, billions will be exterminated

I called for ending the initial lockdowns after just one month, which was mid-April, 2020. And while I continue to support voluntary wearing of masks, I strongly oppose mask mandates and vaccine mandates.

Yet now, we’ve seen genocidal governments engage in all the following activities in order to try to worsen the pandemic:

Despite these heinous crimes against humanity, the fast majority of human beings have utterly failed to rise up against the globalist criminals who are carrying out their plans to mass exterminate most the human race. Like sheep to the slaughter, most human beings censor themselves and say nothing as their entire future is being demolished right in front of them.

If humanity fails to rise up soon, this will be the end of the world as we know it. Global economies are being deliberately wrecked beyond the point of no return, and the world’s people are about to reach a psychological breaking point beyond which only lies madness and despair.

Humanity must either rise up now or surrender to mass global euthanasia via vaccines and engineered famine, for that’s exactly what the globalists have in mind for us all. (See my article on the government-engineered food collapse that’s now under way.)

New Zealand isn’t an aberration; it’s the testing ground for death camps to be deployed across the globe. And if you run a contact tracing app on your phone, you are painting a giant target on your forehead, openly allowing genocidal globalists to track you, kidnap you and “process” you in their death camps, where there is no escape.

THINK ABOUT IT: If they had any real plan to restore human society and a global economy, would they be gutting it right now and pushing hundreds of millions of people into homelessness and destitution, all to save a tiny fraction of the population from dying? The Case Fatality Rate of the coronavirus has plummeted due to viral host adaptation and improved nutrition among the masses, to the point where the death rate no longer justifies any of these draconian lockdown actions.

So why do they continue?

Answer: Because the lunatics in charge never really had a plan to restore freedom in the first place. You are now their prisoner, and they will lock you down, inject you, swab you and eventually kill you if you don’t comply.

Welcome to the 2020 Orwellian nightmare, brought to you by all the obedient sheeple who wanted “fringe” voices censored because they didn’t want to be scared with stories about evil globalists. Now, those very same sheeple are about to be euthanized. And even when they are being killed, they still won’t understand what’s happening to them. 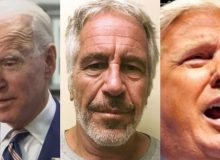