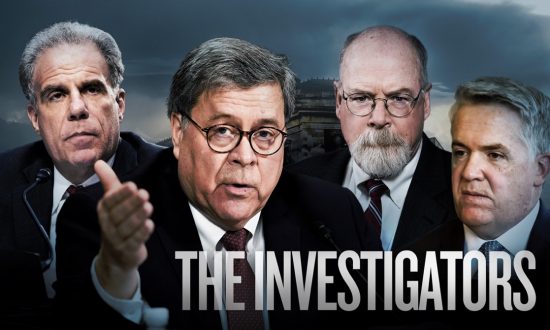 -Everything plays against this backdrop: Attorney General William Barr is firmly committed to restoring integrity to the DOJ and the FBI. To do that he is determined to hold those implicated in the conspiracy against Donald Trump accountable.

-Expect new investigative documents before the month ends. This could mean the release of previously classified information. If that’s the case, expect that Attorney General William Barr is authorizing the release to accompany criminal indictments.

-Expect the Weissmann Dossier (aka Mueller Report) to continue to be shredded as the claims contained it continue to collapse under scrutiny. This likely points to new/more evidence of corrupt FBI behavior.

-Expect evidence to be made public showing the FBI chose to go after Donald Trump and not Russia.

-Expect the FBI recordings/transcripts of George Papadopoulos to be made public this month.

Even the bad news means there’s better news on the horizon. Inspector General Michael Horowitz’s report will be delayed until at least July, if not longer.

That’s because Horowitz’s group of 700 investigators will be too busy processing/integrating all of the newly declassified evidence into the main body of the report, making a politically scripted summary (like we got with his original report) impossible.

Oh… one more goody. Even those former Obama intelligence chiefs crying wolf over declassification exposing sources and methods… well, Meadows shuts them down:

After enduring two-and-a-half years of the out of control Marxist media defending an out of control intelligence community, this is one interview you won’t want to miss.