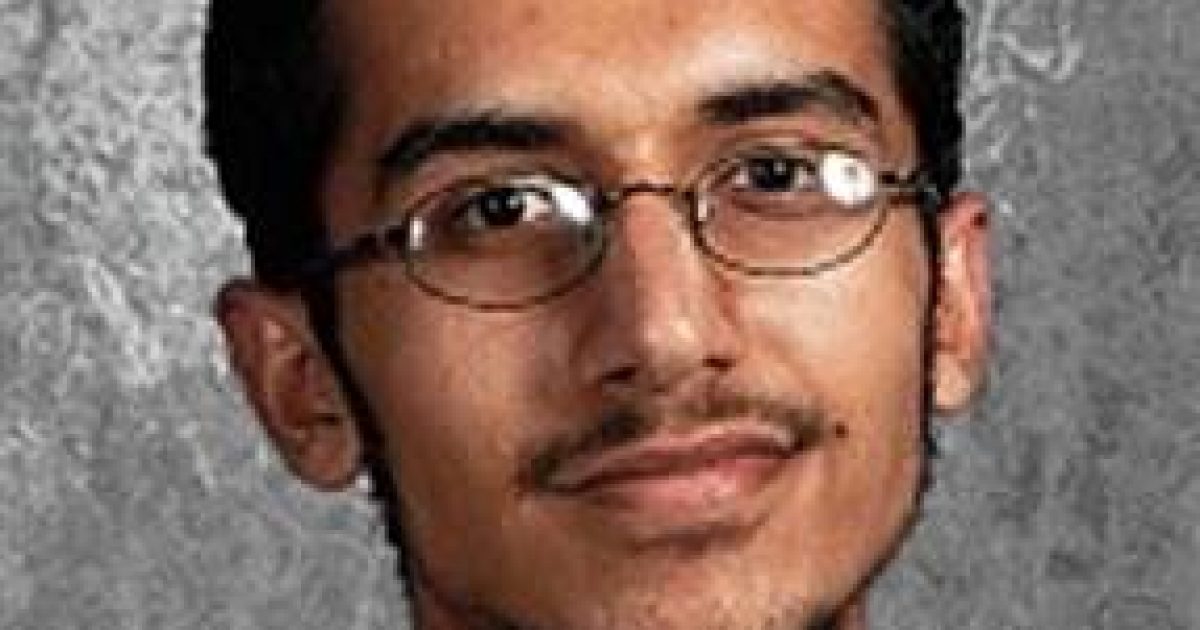 Where is Trump on this? Where is Congress on this? Shouldn’t this be considered treason since he is a US citizen? Isn’t a public hanging appropriate here? This is just more indication that there is no justice anymore in the US judicial system. This is rewarding traitors in our midst, not bringing justice. What could possibly go wrong when you reward a Muslim US citizen aids and abets his fellow jihadis?

The jihadi traitor, who is also a US citizen, was once a Maryland high school honors student. However, he admitted aiding other Muslim jihadis overseas and later helped the US pursue other jihadis after he was arrested in 2011.

Because of his help, a federal appeals panel erased a pending deportation order. Seriously? So he can just go do it again, maybe with success this time?

The ruling by the 2nd U.S. Circuit Court of Appeals in Manhattan means 24-year-old Mohammad Hassan Khalid can continue his studies at a Maryland college.

His Philadelphia lawyer, Wayne Sachs, called the decision a “very satisfying victory for a well-deserving young man with a bright future.”

He said the three-judge appeals panel, unlike four earlier courts, “properly focused on the law rather than the petitioner’s ‘notoriety.’”

The U.S. government did not immediately say if it planned to appeal.

Yeah, a bright future in a dark political/religious system in which he has the mindset and will to attack his fellow Americans in the cause of Islamic jihad.

Why is our government doing this? Why no statement on a plan to appeal? Why no talk of treason and the death penalty?

I’ll tell you why, it’s because we have forsaken the God of our foundation and His law, and just as He promised, there will be injustice and the minorities will begin to advance (Deuteronomy 28; Leviticus 26). Seventeen years after 9/11, who is being protected, America? It’s Islam and its followers while you are having your rights stripped by your own representatives right in front of you, and for many of you, you cheer it on!

Circuit Judge Dennis Jacobs wrote that he cannot congratulate Khalid, given that he “plotted sneaking violence against Americans.”

“He cooperated with the authorities only when, having been caught, he found himself needing another kind of refuge,” Jacobs said.

Circuit Judge Christopher F. Droney, who wrote the main opinion, explained that Khalid was entitled to citizenship because he was under age 18 when his father gained citizenship….

Khalid entered the United States in 2007 with his family. He was born in the United Arab Emirates, but was a Pakistani citizen because his parents were Pakistani.

Khalid was 17 when he was arrested in 2011 after winning a full scholarship to prestigious Johns Hopkins University. Authorities said he had been engaging in radical Islamist chat rooms from his family’s small apartment near Baltimore since he was 15.

In 2012, he pleaded guilty to conspiracy to provide material support to terrorists, admitting that he had agreed in his secret online life to raise money and recruit terrorists for jihad….

You and I are forced to go through virtually every kind of violation of the Fourth Amendment you can imagine when we get on a plane for not having committed or being suspected of committing any crime. Yet, a jihadi who aided jihadis, is not deported, doesn’t have his citizenship revoked, and is rewarded by being allowed to attend a US college while you know he is plotting how he might aid Islamic jihad in the future against Americans. And there’s no talk of appeal?