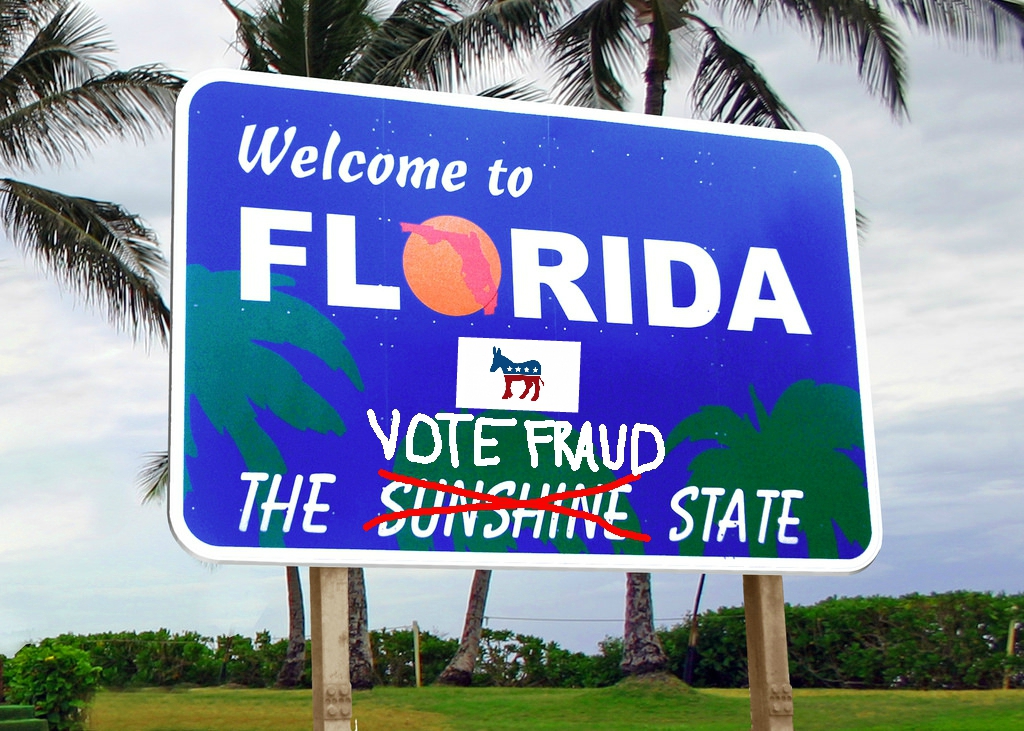 (Natural News) If you are old enough to remember the 2000 presidential election, you may recall that it all came down to who ‘won’ Florida: GOP challenger and Texas Gov. George W. Bush, or Democratic Vice President Al Gore.

For weeks after the election, an army of lawyers from both sides of the political aisle descended on the state in an attempt to either reverse or defend Bush’s very narrow lead over Gore.

Initially, Democrats were successful in winning court decisions that forced a series of recounts to begin — most by hand — which led to an erosion of Bush’s very thin margin of victory. But sensing Gore was eventually going go lose, Democratic lawyers upped their game and pushed for more court decisions that would force additional recounts with the strategy being that at some point, eventually, enough ballots in favor of the vice president would be ‘found’ and he would then ‘win’ Florida’s electoral votes and become president.

The Supreme Court put an end to the nonsense ahead of a December 12, 2000 deadline to certify the state’s electors. Bush pulled out a victory, but not before fighting tooth and nail for it thanks to Democrat malfeasance.

Fast-forward to today. At present, Democrat operatives are pulling some of the same shenanigans following 2018 midterm victories by Republican Gov. Rick Scott in his bid to unseat Democratic incumbent Sen. Bill Nelson and GOP Rep. Ron DeSantis over Democratic Tallahassee Mayor Andrew Gillum in the quest to replace Scott.

GOP Sen. Marco Rubio of Florida was one of the first people to raise the prospect that Democratic operatives were engaging in massive vote fraud and potential vote theft. On Thursday he tweeted out a series of statements and warnings noting that after voting and balloting deadlines had passed officials in Democrat-heavy Broward and Palm Beach counties were suddenly ‘finding’ thousands of additional ballots. (Related: Liberal court strikes down voter ID law in latest desperate effort to ensure ILLEGALS get to vote in U.S. elections.)

#BayCounty was hit by a Cat 4 Hurricane just 4 weeks ago, yet managed to count votes & submit timely results.

Yet over 41 hours after polls closed #Broward elections office is still counting votes?

– Says she doesn’t know how many ballots are left to be counted; &

– Isn’t reporting hourly or regularly, but rather releasing thousands of additional votes, often in the overnight hours, that are chipping away at GOP leads

#Broward supervisor:
– says she doesn’t know how many ballots are left to be counted; &
– Isn’t reporting hourly or regularly,but rather releasing thousands of additional votes,often in the overnight hours,that are chipping away at GOP leads

He went onto note in a separate tweet that Broward County election officials have a “history” of election tampering and vote fraud.

#Broward elections department has a history of violating the law:

A court found they improperly handled votes by mail:https://t.co/NOE6qdbWly

Court found they destroyed ballots in 2016 in violation of state & federal law:https://t.co/ywP8qE46J5 #Sayfie

Florida’s junior U.S. senator also noted that, lo and behold, scores of Democrat lawyers were once again descending on Florida.

“They have been very clear they aren’t here to make sure every vote is counted,” he wrote. “They are here to change the results of the election; & #Broward is where they plan to do it.”

Now democrat lawyers are descending on #Florida. They have been very clear they aren’t here to make sure every vote is counted.

– They are here to change the results of election; &
– #Broward is where they plan to do it.#Sayfie

As Breitbart News reported, Scott was ahead of Nelson by 60,000 votes on election night. However, his lead narrowed to about 34,000 votes the following day and by Thursday evening, it had been mysteriously cut to just over 15,000.

“I will not sit idly by while unethical liberals try to steal this election from the great people of Florida,” Scott said during a late press conference Thursday night. “Their goal is to keep mysteriously finding votes until the election turns out the way they want.”

The Democrat legal team is being led by Marc Elias of Perkins Coie, the same law firm responsible for producing the fake Russia dossier in conjunction with the 2016 Hillary Clinton campaign.

For his part, the president is watching this — and similar shenanigans in Arizona — closely.

“Law Enforcement is looking into another big corruption scandal having to do with Election Fraud in #Broward and Palm Beach. Florida voted for Rick Scott!” he tweeted.