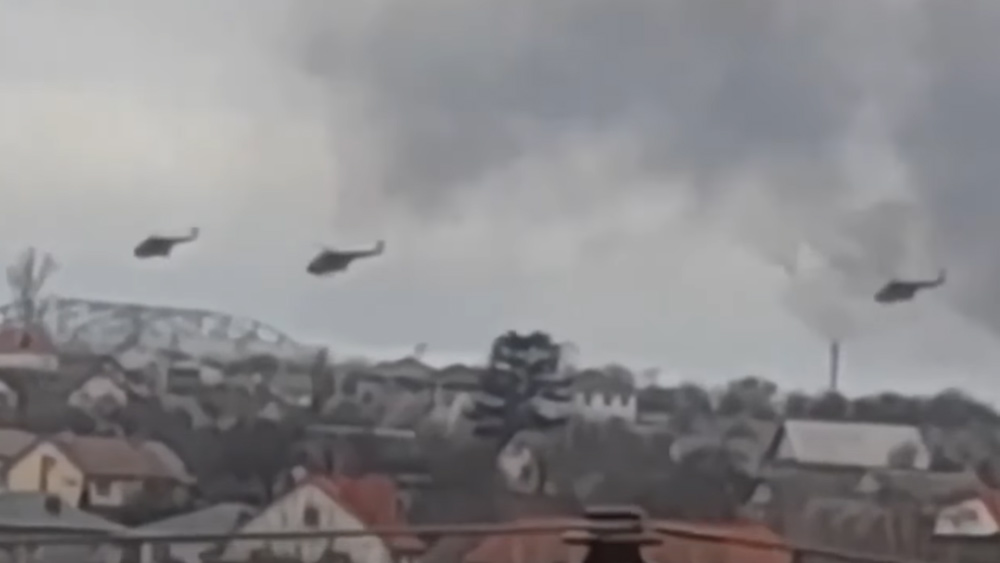 (Natural News) It appears as though Russia’s invasion of Ukraine is about to become a much longer, multi-year operation.

The leader of the newly ‘liberated’ Donetsk People’s Republic, Denis Pushilin, has called for the liberation of “all Russian cities” in Ukraine, which includes Odessa, something that he considers one of the most important strategic objectives of Moscow’s ‘special military operation.’

“All Russian cities must be liberated,” he said in response to questions from an RIA News correspondent, according to Russian news site TopWar.ru.

“It is time to liberate the Russian cities founded by the Russian people again, such as Kyiv Chernigov, Poltava, Odessa, Dnepropetrovsk, Kharkov, Zaporozhye and Lutsk,” he added, according to The Limited Times.

Pushilin went on to say that allied troops consisting of Russian forces along with the People’s Militia of the DPR and LPR should move beyond the borders of those two enclaves after they have been completely taken over, meaning, he is pushing President Vladimir Putin to take over the entire country of Ukraine. He believes that if Putin halts the invasion at the borders of the two annexed ‘republics’ then Ukrainian President Volodymyr Zelenskyy will take that as a victory of sorts and use it to restore the Ukrainian army’s combat capabilities.

In addition, Pushilin reasoned that any delay in taking all of Ukraine by Russia will also give Ukraine’s Western allies time to help rearm Kyiv’s fighting forces as well. That will no doubt include long-range artillery, rockets and other weapons that will be used to constantly shell the annexed republics.

“If the enemy receives serious weapons with a long range, then, of course, we will then have to make appropriate decisions,” he said.

In fact, with his statement, the head of the DPR answered the question that has not yet been raised whether the militia of the People’s Militia of Donbass will participate in the further liberation of the territory of Ukraine together with the RF Armed Forces after they reach the administrative borders of the republics.

Literally, Pushilin’s words mean that the further offensive of the Russian army will be supported by the NM DPR. The head of the Donetsk Republic agrees with the opinion of State Duma deputy Adam Delimkhanov, who heads the Chechen special forces in a special operation in Ukraine, that the goals of the SVO will be achieved before the end of the year.

Pushilin also believes that Zelenskyy should be tried by an international tribunal after being charged with war crimes in the Donbass.

Meanwhile, political divisions in the U.S. over Ukraine are continuing to deepen especially among Republicans. Supporters of former President Donald Trump are pushing for the U.S. to cut aid and assistance to Ukraine, while “Reagan Republicans” are seeking to expand it, The Hill is reporting.

“The Reagan Republicans have been winning the battle, but the continued fight could shape future U.S. policy if the GOP takes the House or Senate in this fall’s midterms,” the outlet reported this week. “GOP lawmakers who want to continue U.S. support for Ukraine are sending out warning signals, calling for the U.S. to keep up its backing for Kyiv regardless of which party holds the congressional majorities.”

Rep. Brian Fitzpatrick (R-Pa.), who sits on the House Intelligence and House Foreign Affairs committees and who worked in Ukraine as an FBI agent, told The Hill: “If freedom is under assault by dictatorship and we don’t back up freedom, then what message does that send?”

But that logic misses the mark — intentionally. Since Fitzpatrick was an FBI agent who worked in Ukraine, he knows full well what a corrupt country it is, and how undemocratic it has been throughout most of its post-Soviet existence.

As for the Trump-aligned Republicans “who oppose support for Ukraine,” they “largely say they do not want to send money abroad when it can be used in the U.S. to fortify the southern border and invest in domestic energy production, among other issues.”

America first is always a better foreign policy, especially as it appears that Russia may soon greatly expand its war in Ukraine.