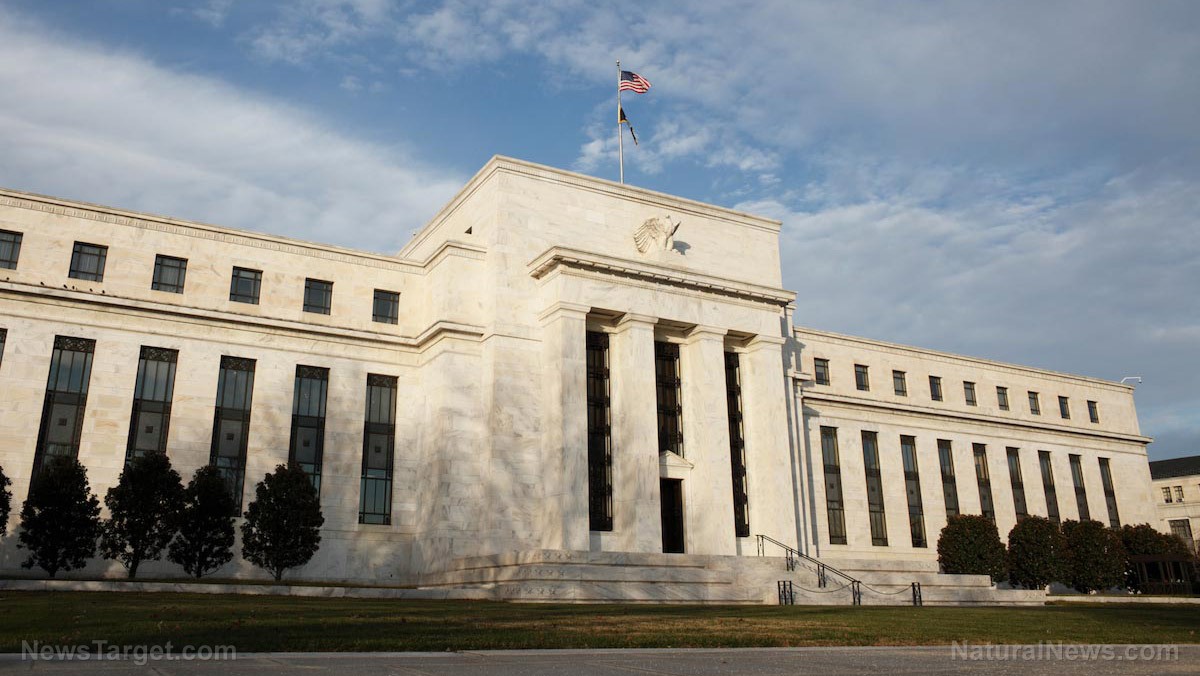 (Natural News) In their rush to “do something” to help Americans harmed economically by the coronavirus pandemic, which led most state governors and mayors to issue ‘stay-at-home’ orders and to shutter businesses deemed “non-essential,” Congress has once again passed a gigantic spending bill that is long on spending money we don’t have but short on oversight.

As reported by POLITICO, one little-noticed provision in the recently passed $2.2 trillion CARES Act provides the Federal Reserve with a nice pile of money — $450 billion to be specific — that it can do with what it pleases, basically, as long as it is called ‘relief.’

Not only that, but the Fed will be able to ‘manage’ these funds with far less oversight, meaning that it is essentially a secret slush fund that Fed board governors can do with as they please.

Tucked into the recent recovery bill was a provision granting the Federal Reserve the right to set up a $450 billion bailout plan without following key provisions of the federal open meetings law, including announcing its meetings or keeping most records about them, according to a POLITICO review of the legislation.

The provision further calls into question the transparency and oversight for the biggest bailout law ever passed by Congress. President Donald Trump has indicated he does not plan to comply with another part of the new law intended to boost Congress’ oversight powers of the bailout funds. And earlier this week, Trump dismissed the government official chosen as the chief watchdog for the stimulus package.

This is what happens when you quickly authorize a spending package the size of the CARES Act, which is also 880 pages long, by the way.

Whomever inserted the language knew what they were doing. POLITICO notes that the section “addresses a complaint” the central bank dealt with during the financial crisis of 2008-2009. Then, apparently, Fed board members could not easily hold group conversations to address the rapidly-proceeding meltdown.

‘This is written too broadly’

But we’re not facing that same problem today. We’re facing a health issue, not a financial issue — or at least one that will collapse our economy as quickly as coronavirus-mandated shutdowns do. We know that economic cave-in is coming, but it’ll roll out much more slowly, 4-6 million job losses at a time.

POLITICO said that the provision will get rid of a longstanding rule governing accountability, in that the Fed board won’t have to give at least one day’s notice before holding a meeting. That means, according to analysts, key information about which firms will most benefit from the bailout funds will not be known until long after. And, of course, by then it’ll be far too late to object or do anything about the disbursement. (Related: Is the Federal Reserve Engaged in Acts of Economic Warfare Against America?)

“We may never know what terms are being given to banks, what collateral is being offered, what repayment methods and duties banks and other financial institutions may have,” Charles Glasser, an attorney specializing in media who represented Bloomberg News in a public records lawsuit against the Federal Reserve following 2008 Great Recession, told POLITICO. “And these are important questions.

“This is written too broadly and allows the Federal Reserve to avoid its responsibilities of public disclosure as the courts have described them,” Glasser said, even granting the remote possibility the board may have to move quickly.

Meanwhile, Treasury Secretary Steve Mnuchin was given control of doling out roughly $50 million in bailout funds to help sectors of the economy he deems worthy, such as the airline industry, POLITICO noted.

And meanwhile, insiders in D.C. and in the Deep State swamp are loving this change because it gives them more opportunity to operate in the shadows, out of the scrutinizing eye of the American people. Classic.