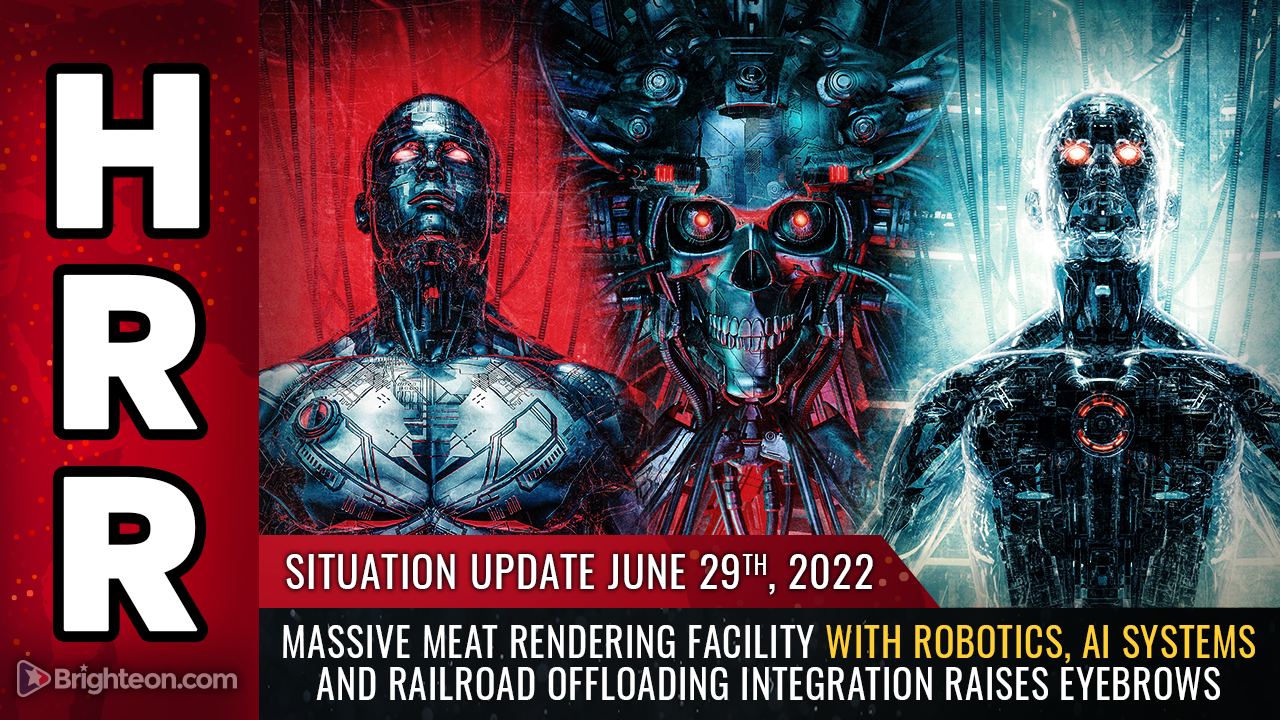 (Natural News) A massive meat rendering facility is due to begin construction in Rapid City, South Dakota next year, with plans for its completion by 2026. The $1.1 billion facility is known as the, “Western Legacy Development Corporation,” and it promises to bring large-scale production to the beef industry, rendering an estimated 8,000 cattle per day.

The processing plant is said to be one million square feet in size, once completed.

On the positive side, this could provide new competition for Cargill, Tyson and the other monopolistic food giants that are steeped in a lot of evil practices. Perhaps a more independent, privately-owned beef production facility would provide food supply chain redundancy and increased efficiencies that would ultimately lead to lower food prices for Americans.

On the other hand, several things being touted about this facility are definitely raising eyebrows. Among them:

As reported by AgWeb.com:

Speculation has swirled in cattle country since last month’s announcement of a proposed 8,000 head per day beef processing plant in Rapid City, S.D. Many question the availability of such large numbers of cattle and/or bison in the region, the availability of sufficient labor and housing for the incoming workforce.

Many of those same questions are now being asked by Rapid City residents and officials who want more details about the proposed $1.1 billion project.

“The principals that are involved still have a lot of homework to do,” City Councilman Ritchie Nordstrom told South Dakota Public Radio. “Where do we get those employees? If the number that is being recited is close to being accurate, we don’t know where’re they’re going to come from and where we’re going to house them.”

There’s a “creepy” factor in some of the descriptions surrounding this new meat plant. As NewsCenter1.TV reports:

The Western Legacy Development Corporation facility will process cattle and bison completely with the use of robotics and artificial intelligence making processing easier, safer and more efficient and producing consistent cuts of meat. They will use laser technology and air knives which use a high velocity air stream to dehide animals.

The purpose of this tech, according to the developers, is to make beef processing more efficient, producing less waste, and thereby making beef products more affordable for consumers. But we can’t help think of a Terminator factory run by Cyberdyne Systems when we imagine robots, lasers and AI systems running a giant carcass harvesting facility.

“We’re also looking at making tallow and yellow grease products that not only can go into the feed ingredient business but also into the industrial and maybe the biodiesel industries,” said a project spokesperson, as quoted by NewsCenter1.tv.

It all begs the obvious question: Can the plant process carcasses other than cattle?

Demand for beef will plummet as the population dies off

As we ponder this project, we also have to wonder about the economic dynamics at play here. With fertilizer shortages, diesel fuel price spikes and drought conditions affecting cattle feed and cattle production, it looks like the number of cattle available across America is going to significantly diminish in the years ahead. At the same time, the toxic vaccine injections will be killing off an increasing number of people over the coming decade, racking up millions of dead human carcasses across the country.

We aren’t accusing this group of any nefarious plans, but we have to wonder if such a facility could have a “duel use” future, where it’s not just cattle being rendered into fuel, but rather other types of carcasses that might be plentiful as the global depopulation agenda accelerates.

We welcome any clarification statement from the Western Legacy Development Corporation, if they are interested in sharing it with our audience.

And perhaps these concerns are unjustified. Perhaps it’s just really advanced robots, lasers, AI and “air knives” being used to make hamburgers and collagen and biodiesel components. Maybe there’s nothing weird about it. What do you think?

We cover this and many other topics in today’s Situation Update podcast. The section about the meat plant begins at 55 minutes: