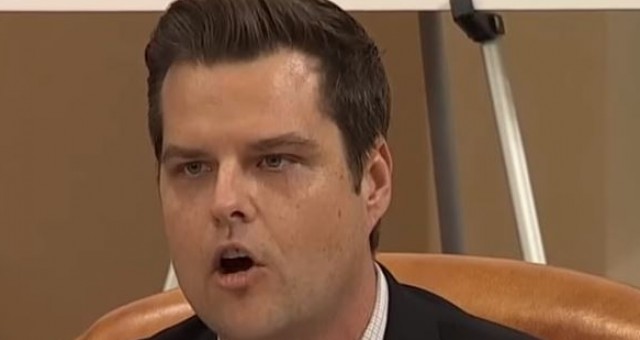 “Are you a partisan?” Gaetz asked Goldman. “I’m not a partisan,” Goldman answered. Gaetz then pressed the Democratic counsel on whether he makes political donations.

“I do, sir. I think it’s very important,” Goldman began to answer, before Gaetz continued. “Matter of fact, you’ve given tens of thousands of dollars to Democrats, right?”

Gaetz also pressed Goldman on a tweet he sent defending the Trump-Russia dossier. The Florida congressman reminded Goldman that he said in a tweet that “nothing in the dossier is proven false,” even though that’s not the case.

Goldman dodged the question, refusing to answer whether or not he regretted the tweet.

Be sure to follow the author Peter Hasson by clicking here!