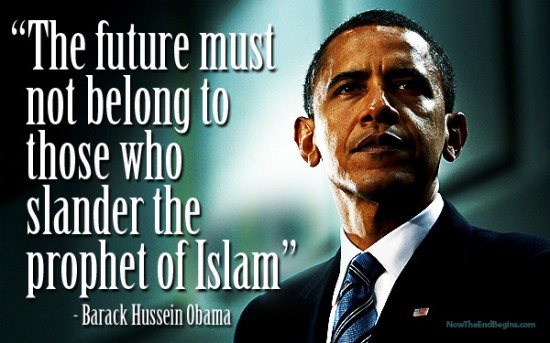 The damage done by the ignorance of Obama and Biden cannot be understated. Obama would have blown this country up in service to the Islamic regime.

Prior be being Secretary of Defense under Trump, Mattis served as Commander of U.S. Central Command under Obama and Biden. Mattis had predicted that Iran would continue to provoke the United States. Mattis’s warning went ignored, and when Iran committed an act of war on American soil, he was not told about it, and the United States never responded to it.

MATTIS: OBAMA FAILED TO RESPOND TO IRAN BOMB PLOT ON U.S. SOIL BECAUSE OF NUCLEAR DEAL

PRIOR BE BEING SECRETARY OF DEFENSE UNDER TRUMP, MATTIS SERVED AS COMMANDER OF U.S. CENTRAL COMMAND UNDER OBAMA AND BIDEN. MATTIS HAD PREDICTED THAT IRAN WOULD CONTINUE TO PROVOKE THE UNITED STATES. MATTIS’S WARNING WENT IGNORED, AND WHEN IRAN COMMITTED AN ACT OF WAR ON AMERICAN SOIL, HE WAS NOT TOLD ABOUT IT, AND THE UNITED STATES NEVER RESPONDED TO IT.

After the surprise resignation of Secretary of Defense James Mattis last December, Democrats were quick to politicize the news, and have certainly been hoping ever since that Mattis would provide them with new information they could use to attack Donald Trump. He does have a memoir coming out, Call Sign Chaos: Learning to Lead, but it looks like it’s Barack Obama and Joe Biden who get the bulk of the criticism.

Prior be being Secretary of Defense under Trump, Mattis served as commander of U.S. Central Command under Obama and Biden. Mattis had predicted that Iran would continue to provoke the United States. Mattis’s warning went ignored, and when Iran committed an act of war on American soil, he was not told about it, and the United States never responded to it.

The duty officer at his Tampa, Florida, headquarters on Oct. 11, 2011 told him that the attorney general and FBI director had held a press conference to announce the arrest of two Iranians who had planned a bomb attack on Cafe Milano, a high-end restaurant in Washington that was a favorite of the rich and famous, including Saudi Arabia’s ambassador, Adel al-Jubeir.

Many pundits questioned the administration’s assessment that the Iranian government was involved in the plan. Despite Iran’s long history of overseas assassination plots, some observers were skeptical that the theocratic regime would attempt such an audacious attack.

Mattis is certain, however: “I saw the intelligence: we had recorded Tehran’s approval of the operation.”

Mattis writes, “Had the bomb gone off, those in the restaurant and on the street would have been ripped apart, blood rushing down sewer drains. It would have been the worst attack on us since 9/11. I sensed that only Iran’s impression of America’s impotence could have led them to risk such an act within a couple of miles of the White House, Absent one fundamental mistake — the terrorists had engaged an undercover DEA agent in an attempt to smuggle the bomb — the Iranians would have pulled off this devastating attack. Had that bomb exploded, it would have changed history.”

In response to the plot, Mattis believed a forceful reaction was necessary. “I believed we had to respond forcefully. My military options would raise the cost for this attack beyond anything the mullahs and the Qods generals could pay.” But, Obama wasn’t interested. “We treated an act of war as a law enforcement violation, jailing the low-level courier.”

Why didn’t Obama want a forceful response to the act of war by Iran? His secret nuclear deal.

He explains his thinking: “I wanted calculated actions, to restrain the regime so it couldn’t thrust us into a war. If you allow yourself to be goaded and trifled with, one of two things will happen: eventually a harder, larger fight will explode, or you will get moved out of the neighborhood,” he writes.

“In my view, we had to hold Iran to account and strike back when attacked. But there was a reason for the administration’s restraint. The administration was secretly negotiating with Iran, although I was not privy to the details at the time.”

Those negotiations would lead to the Iran nuclear deal, signed in 2015. Mattis is critical of the agreement, which President Trump withdrew from last year. “In my military judgment, America had undertaken a poorly calculated, long-shot gamble. At the same time, the administration was lecturing our Arab friends that they had to accommodate Iran as if it were a moderate neighbor in the region and not an enemy committed to their destruction,” Mattis writes. “As long as its leaders consider Iran less a nation-state than a revolutionary cause, Iran will remain a terrorist threat potentially more dangerous than Al Qaeda or ISIS.”

Obama and Biden also refused to listen to Mattis’s warnings about Iraq. Mattis recounts in his memoir how Joe Biden refused to listen to Mattis’s warnings about a sudden withdrawal from Iraq, but that “the general’s assessment fell on deaf ears.” According to Mattis, “Vice President Biden and his assistants listened politely. But as we spoke, I sensed I was making no headway in convincing the administration officials not to support Maliki. It was like talking to people who lived in wooden houses but saw no need for a fire department.”

Mattis’s predictions proved true in the end. “Iraq slipped back into escalating violence. It was like watching a car wreck in slow motion,” Mattis writes. The damage done by the ignorance of Obama and Biden cannot be understated. “It would take many years and tens of thousands of casualties, plus untold misery for millions of innocents, to break ISIS’s geographic hold,” Mattis explains. “All of this was predicted — and preventable.”

Mattis believes that his reaction to Cafe Milano bomb plot, as well as his opposition to pulling out of Iraq, contributed to his being fired by Obama. “In December 2012, I received an unauthorized phone call telling me that in an hour, the Pentagon would be announcing my relief,” Mattis writes. “I was leaving a region aflame and in disarray.”

Mattis believes that Iran was and still is the biggest threat in the region, and he predicted Obama’s failure to punish Tehran for an act of war just because he was desperate for a nuclear deal would come back to haunt the United States.