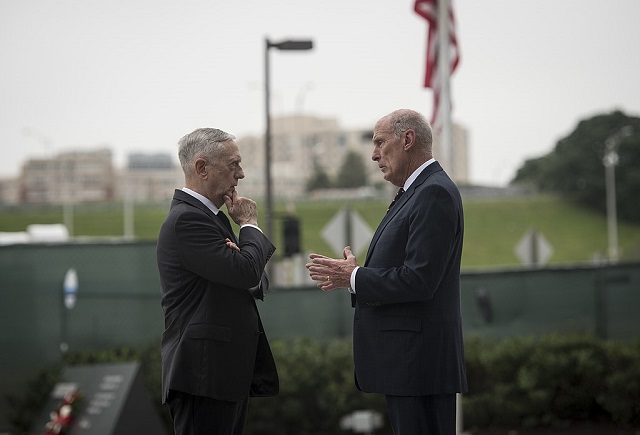 Former defense secretary Jim Mattis appears to have been plotting a coup with then-Director of National Intelligence Dan Coats after growing furious with President Trump for banning transgenders from the military and moving to pull out of Afghanistan and Syria.

Mattis quietly went to Washington National Cathedral [in May 2019] to pray about his concern for the nation’s fate under Trump’s command and, according to Woodward, told Coats, “There may come a time when we have to take collective action” since Trump is “dangerous. He’s unfit.”

Translation: we may have to stage a coup to get him out of power.

Plenty of Democrats and former and current intelligence officials are working on a Color Revolution come November as we speak.

In a separate conversation recounted by Woodward, Mattis told Coats, “The president has no moral compass,” to which the director of national intelligence replied: “True. To him, a lie is not a lie. It’s just what he thinks. He doesn’t know the difference between the truth and a lie.”

Mattis doesn’t know the difference between a male and a female. Trump reportedly accurately said his generals were a “bunch of pussies.”

“Not to mention my f**king generals are a bunch of pussies. They care more about their alliances than they do about trade deals,” Trump told White House trade adviser Peter Navarro at one point, according to Woodward.

Ann Coulter, who has repeatedly tried to tell Trump today’s generals have nothing in common with those of the past like Trump-favorite Gen. George Patton, responded to the news on Wednesday by saying Trump has won her back!