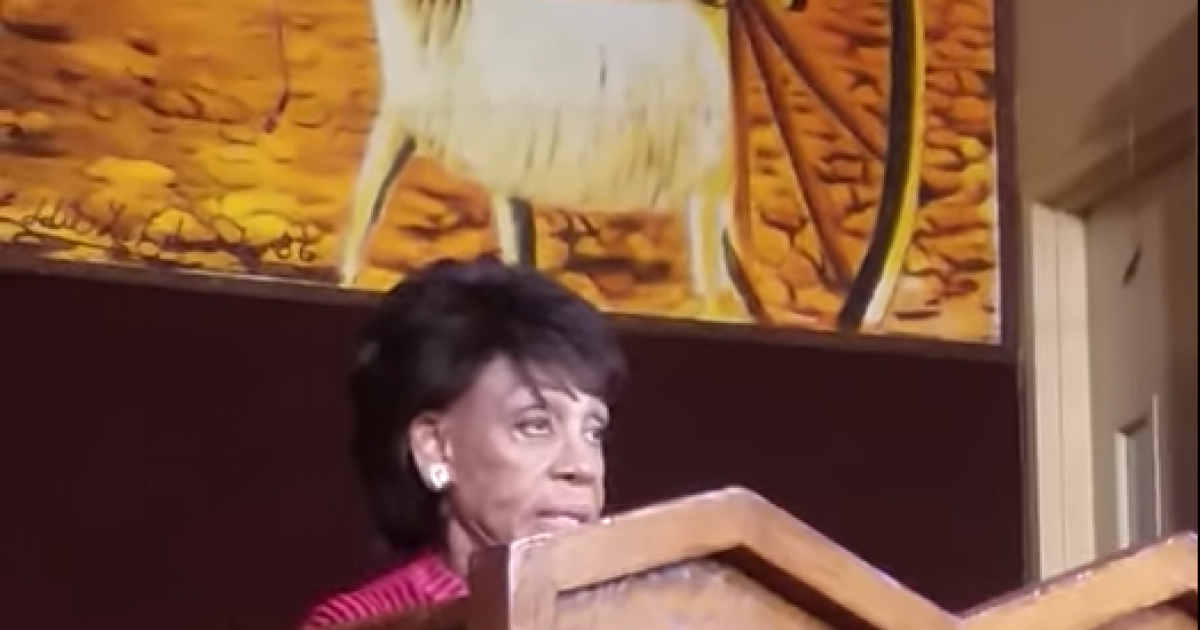 California Democrat Representative Maxine Waters is completely delusional to the point that she has been trying to reference the Bible and claiming she has authority from God to go after Trump, his cabinet and supporters, and her latest antics are completely over the top as she has claimed that she believes her pastor, who told her “when God sends you to do something, you just do it!” She’s decided she’s on a mission from God to get President Trump.

Frankly, Maxine is on the devil’s mission and has been for a long time and whoever her pastor is, one has to question any spirituality of that man for not disciplining Waters for her behavior and statements.

However, “Mad Max” told congregants of the First AME Church in Los Angeles

“I am in this fight,” Waters declared before claiming her political opponents are waging an effort to “intimidate,” and “frighten,” her. During a June 30 speech in Los Angeles to demonstrators protesting President Trump “zero-tolerance,” immigration policies, the California lawmaker warned her enemies “better shoot straight,” if they are going to confront her. “No, we have members of Congress trying to intimidate me,” Waters said. “I have no fear. I’m in this fight. I know that there are those who are talking about censuring me, talking about kicking me out of Congress, talking about shooting me, talking about hanging me. All I have to say is this, if you shoot me, you better shoot straight. There’s nothing like a wounded animal.”

“I’ve said that we can walk and chew gum at the same time,” she said, blowing off the calls by Democrats like Nancy Pelosi and Chuck Schumer to tone it down.

She then pontificated about God sending her on this mission to take Trump down.

“You’ve gotta know that I’m here to do the work that I was sent to do, and as pastor said to me when I came in this morning, when God sends you to do something, you just do it!” she said. “So I have a message I’m going back to Washington tomorrow morning, I’m going to tell them pastor told me to come here and just do it!”

Frankly, I’m wondering just how this Church is getting away with having politics being spoken in its pulpit and maintaining a 501c3, aren’t you? Isn’t this the party that cries the non-existent “separation of church and state” mantra constantly?

This is after the baby murder supporter referenced the Bible and said God was on her side when she exhorted supporters to gather crowds and go after Trump cabinet members when they see them in public and “push back.”

That led to questioning of Waters by journalist Laura Loomer, who was clearly assaulted by Waters during that questioning. Loomer would go on to file a report to press charges for assault.

Maxine Waters is an unhinged woman. She is a corrupt criminal, and if she, like many others, including Hillary Clinton, were actually dealt a bit of justice, the American people would not have to be hearing this nonsense she is spewing.