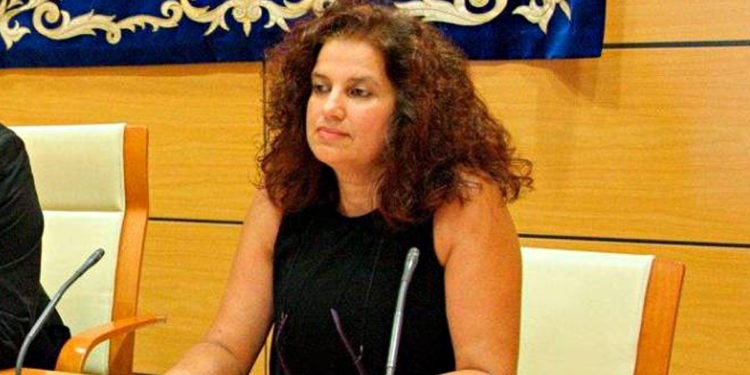 There is no doubt in my mind that this is probably occurring somewhere in America too, but a language teacher and mayor of the town hall of the capital of Majorera told one of her classes that “boys need to be castrated at birth.”

According to a translation from a report by Canarias 7 regarding Aurelia Vera Rodriguez:

The language teacher and mayor of the town hall of the capital of Majorera said in one of her classes to the boys between 14 and 15 years old that “they cut your dick and nothing happens to you”, addressing the boys, or that there are that «make men stop governing, so that they give us power. Will they voluntarily do it? No. You have to use selective castration, ”said the professor before her students, surprised by the teacher’s approach.

According to the aforementioned newspaper, which reproduces Vera’s recording, number 2 of the PSOE of Puerto del Rosario has been denounced by the feminist doctrine he imparts during his classes. The complaint has been filed by Francisco de Asís Serrano Castro, deputy and president of the Vox parliamentary group in Andalusia.

Professor and Councilwoman Vera said to the children:

And not happy with that, as the recording reflects the socialist continued: «Let me explain it to you, okay? I know how it should work and work as a fucking mother. The main problem is how to implement it. […] But, cutting the eggs of those who are already large is complicated. […] They cut my cock and it is preferable that they cut my neck, say many men … »

But, the professor added: «When my society is in place, those men who don’t have eggs will be happy because they haven’t met them. (bustle) Sure. They will not even have sexual desires. They don’t know them, therefore they don’t miss them. We are going to apply one of the sciences to know who we are not going to cut the eggs ».

Here’s the video and audio of her discussion.

I’ll bet she is glad her own parents didn’t follow her criminal thinking.

Her illogical and cruel thinking leads her to believe that if baby boys are castrated at birth they would be unaware of sexual desires and apparently “wouldn’t miss them.”

Of course, when caught in her radical feminism that seeks to emasculate mankind, she claims her statements were taken out of context.

Watch the video and you be the judge of whether that is the case or not.

Nevertheless, she was called to account for her comments before the courts after the complaint of Vox in the Andalusian Parliament, where she claimed her comments were taken out of context.

People like this are dangerous and so is their ideology.

Aurelia Vera Rodriguez is advancing a feminist doctrine that needs to be not just put down, but castrated from society before it infects the minds of others who will seek to carry it out.