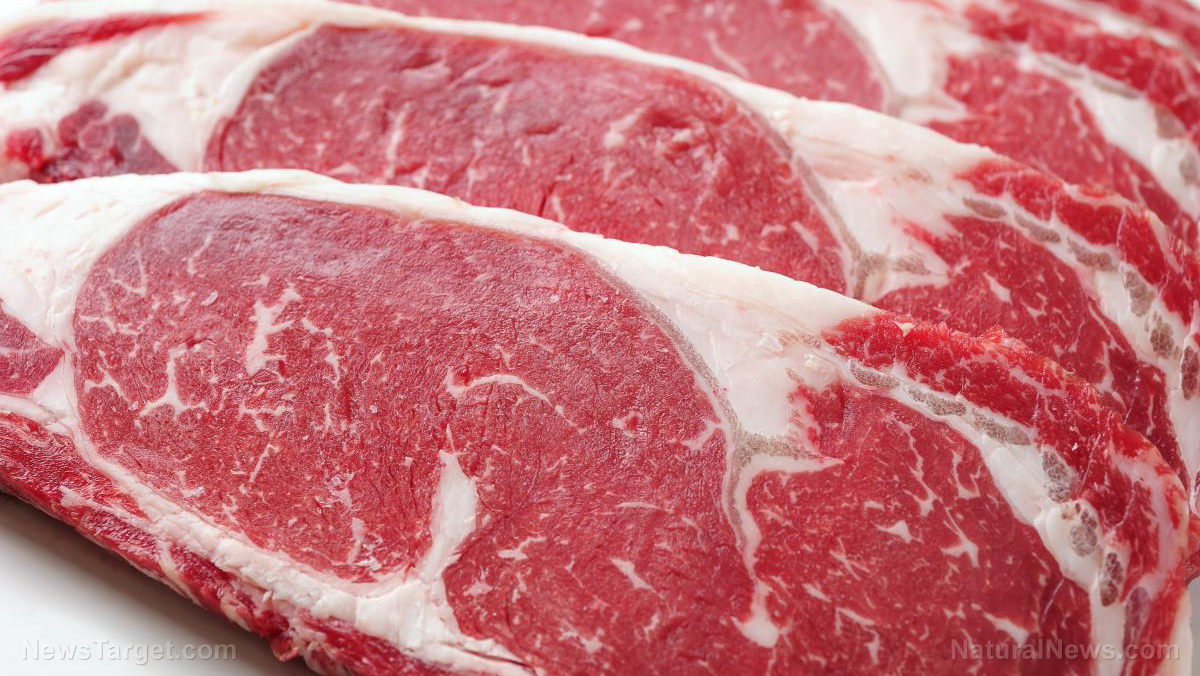 (Natural News) Market forecasts for everything from beef to pork to chicken suggest that many Americans may soon find themselves no longer able to afford meat in their diet.

Music to the ears of eugenicists like Bill Gates and Klaus Schwab, meat could very soon become a thing of the past in the United States – except for the rich who can still afford it, of course. Everyone else will be eating crickets and genetically modified (GMO) soybeans if inflation continues on the current trajectory.

Since March of 2021, food prices have increased by 8.8 percent, reports suggest. And this is just the official number that the government reports; some experts believe that true inflation is well into the double digits already.

At the start of 2022, the United States Department of Agriculture (USDA) offered a slightly more optimistic outlook in meat prices. However, at the beginning of the second quarter, that prediction took a major nosedive.

This year, consumers can expect to pay 6-7 percent more for beef and veal, while pork products are expected to rise another 4-5 percent. Poultry prices are expected to rise by about 8 percent, in large part due to the recent avian flu false flag event that resulted in tens of millions of food birds being needlessly slaughtered and incinerated.

“Additionally, the cost of eating at restaurants and take-out food will climb upwards of 6.5 percent this year,” adds The Epoch Times.

This is a controlled demolition of the Old Word Order

All of these factors and more are contributors to the current situation, which is decimating what little remains of a middle class in the United States and transferring all remaining wealth into the hands of the greedy 0.00001 percent.

This is the “Great Reset” in action, and it is only just getting started. If you think things are bad now, just wait until summer – or better yet, fall and winter after that.

“The key components in our business are labor, fuel, feed, and fertilizer, and everything is going up in price,” says Arthur Uhl, the current president of the 145-year-old Texas and Southwestern Cattle Raisers Association (TSCRA).

Cattle ranchers in every facet of the industry, including producers, feedlot operators, processors and packers, are feeling the hit. Heck, everyone is feeling the hit – again, except for the 0.00001 percent at the top of the pyramid.

That is what this country has become, by the way: a massive Ponzi scheme that enriches the already rich while impoverishing the good, the honest and the decent, many of whom are poor and getting even poorer.

As things get increasingly uglier, just remember: this is a controlled demolition of the old-world economies, both in this country and throughout the rest of the world. All who remain will own nothing and “be happy,” as Schwab infamously put it.

“Let the meat rot on the shelves,” wrote someone at the Times. “This is just manipulated hype from the elitist government.”

“This is all by design,” wrote another, calling out the fraudulent PCR tests that were used to “diagnose” poultry birds with avian flu in order to justify having them all slaughtered and removed from the food chain.

“Just say no and start working as a community,” this person added. “Support local farms.”

The latest news about inflation can be found at Collapse.news.