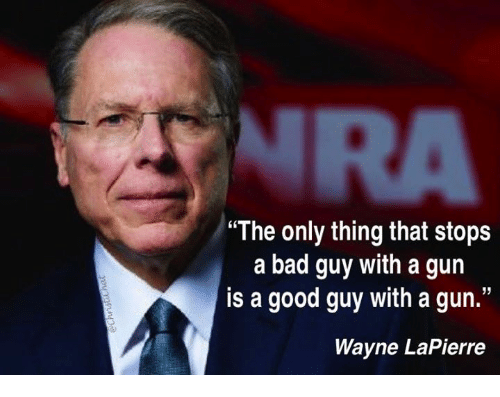 Here’s another “good guy with a gun” story that did not quite make the national news.

What do you do when someone comes to your home and holds one of your family members at gunpoint?

In Texas they do not hesitate. They shoot to kill.

Last Tuesday a man shot an intruder who held his wife at gunpoint at their home in Houston.

The wife arrived home around 10:30 PM and two armed suspects appeared attempting to rob her.

Talk about terrifying! A husband shot at 2 would-be robbers, after they held his wife at gunpoint & tried to force her inside the house. Heard commotion, so he grabbed his gun. Fortunately couple wasn't hit, one suspect was hit in the head, the other took off. #khou11 #htownrush pic.twitter.com/STzD7jj5DY

According to the Houston Police Department, the husband managed to shoot one of the suspects in the head.

Investigators said it all started when the man’s wife pulled into their driveway Tuesday night. Then the two armed suspects jumped out and tried to rob her.

First, they took her purse, and then they tried to force her into the house. However, that is when her husband showed up.

He heard the commotion from inside, grabbed his gun and ended up exchanging gunfire with the intruders.

Fortunately, the couple weren’t hit, but one of the suspects was hit in the head, police said. The other suspect took off running.

Police said the injured suspect was taken into surgery.

You reap what you sow. I doubt the assailant will be robbing anyone in the near future.

Tell me again how the 2nd Amendment is outdated.

For those of you who are in favor of the 2nd Amendment being weakened, or even repealed, what would you do in this situation?

Have two armed suspects do whatever they want to your wife?

The media purposely fails to report stories like this because the agreed agenda in this country is gun confiscation. Stories like this do not help sell that idea to the American people.